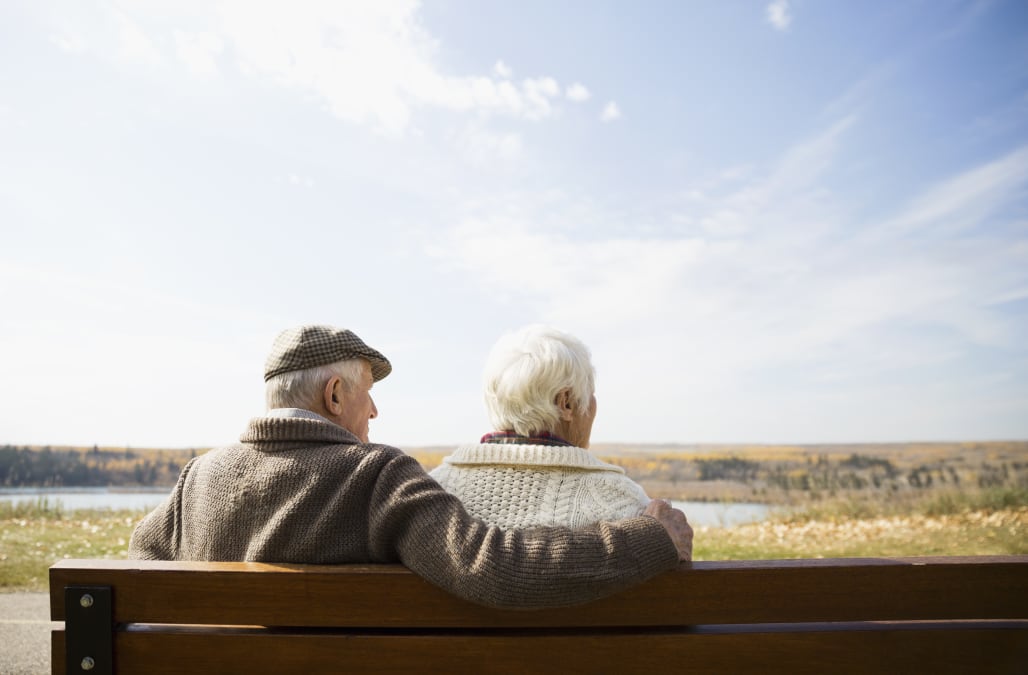 There are plenty of lists touting the best places to live in retirement, but who has time to scour the internet looking at them all?

To make it easy for you to evaluate your choices, we’ve pulled the top cities for retirees from lists published within the last year by WalletHub, U.S. News & World Report, Kiplinger, Forbes and USA Today. While Florida is well-represented on these lists, we know many retirees want other options, so we limited our round-up to only two cities from the Sunshine State.

Read on for 25 top retirement cities in every region in America.

Say, “Lancaster,” and many people think of Amish communities. While the Pennsylvania Dutch (as German immigrants were once known) are an integral part of the surrounding county of the same name, the city is a modern hub of activity. It blends history, a vibrant arts scene and diverse neighborhoods. For seniors, Lancaster offers good value and a high quality of life, factors that helped propel it to No. 1 on U.S. News & World Report’s list of best cities for retirement.

Orlando takes the top spot in the WalletHub survey. The Florida city gets high marks for its activities and affordability. Also, affordability gets a boost in Florida, since its residents pay no income tax. Orlando also ranks 36th on U.S. News’ list of best places to retire.

For those who want to live out west, Wenatchee is a good choice, according to Forbes. Located about 150 miles east of Seattle, the cost of living in this community is above-average, but its amenities make up for the higher expenses. It boasts a low crime rate, easy access to medical care and a healthy economy. Washington, like Florida, has no state income tax.

Kiplinger thinks Huntsville is the best place in the U.S. to retire. That’s largely thanks to Alabama’s low cost of living and tax-friendly policies, which exempt most pensions and Social Security from state income tax. Home to a University of Alabama campus, Huntsville boasts a highly educated population and plenty of cultural activities to keep retirees busy.

USA Today’s best places to retire favors the Midwest, and Rochester takes the top spot on that list. Home to the Mayo Clinic, Rochester ranks in the top 10 percent of the nation for its number of physicians per 100,000 people, so retirees should have no trouble finding health care. At the same time, the city has plenty of fitness centers and recreational activities to keep seniors fit and out of the doctor’s office.

Fort Myers is another Florida city to consider for your retirement. The community is No. 2 on the U.S. News list and ranks particularly high for desirability, likely thanks to its great weather, charming shopping areas and manageable size. Thomas Edison and Henry Ford had winter homes here, and the community continues to be an attractive place to live, seasonally or year-round.

Arizona attracts a significant number of older Americans. It’s a tax-friendly landing spot for retirees who also relish the dry heat. WalletHub gives Scottsdale high marks for quality of life and ranks it second on its list of best cities for retirement.

If you want to retire to the Midwest, Forbes says Iowa City is the place to be. As home to the University of Iowa, the community has enough college kids and amenities to keep you feeling young. It has been named a UNESCO City of Literature, a plus particularly if you’ve been meaning to write the great American novel when you retire. The cost of living here is average, and Iowa exempts Social Security from state income tax while offering a state income tax break for pension income.

Let’s talk about atypical retirement locations. While most people head south to spend their golden years in a warm climate, there are reasons to head north.

Kiplinger names Anchorage, Alaska, as the second best place to retire in the USA. Yes, it may be cold, and, yes, it may be expensive. But once you’ve been a resident for a year, you may be entitled to receive the annual dividend from the oil-revenue-supported Alaska Permanent Fund. In 2018, the fund paid $1,600 per person. However, that’s not the only reason to retire to Anchorage. The city offers numerous cultural and recreational opportunities, and Alaska is a tax-friendly state for seniors.

Not ready to move to Alaska but all right with a true winter season? Then how about Sioux Falls? The South Dakota city is the third-best U.S. city to retire in, according to USA Today’s survey, and it ranks 16th on the WalletHub list. While not necessarily a hot spot of activity compared with other retirement locations, Sioux Falls has excellent access to health care, a prime consideration for many older Americans.

Austin, Texas, is having a moment. Not only did U.S. News rank it the fourth best place to retire, it also crowned the city as the No. 1 place to live — period. If you love music, food and history, you’ll find them seeping from the pores of this city. Austin also offers residents a robust economy, good value and a high quality of life.

If you want affordability, don’t retire to Denver. The city isn’t known for cheap living. However, it is a great place to land if you want access to fitness opportunities in the great outdoors that will keep you healthy. The city ranks fourth on WalletHub’s survey, largely because of its available activities. It also comes in sixth on the Kiplinger list and 37th in U.S. News’ ranking of best places to retire.

San Marcos is another Texas city to give serious consideration. Forbes names it the best retirement destination in the Southwest. The community is affordable, safe and tax-friendly to seniors. And you don’t need to worry about paying any state estate tax or income tax in Texas. What’s more, those age 65 and older may sit in on classes at Texas State University for free.

Kiplinger names the capital of Arizona as the third best place to retire in the United States. Meanwhile, U.S. News & World Report ranks it 17th. With a modern downtown, ample recreation opportunities and plenty of sunshine, Phoenix offers lots for retirees to love. The city is also one of the more affordable communities in Arizona, Kiplinger notes.

Ann Arbor may be best known as the home of the University of Michigan. However, it isn’t just college students who want to move here. USA Today ranks Ann Arbor fourth on its list of best places to retire. With a sophisticated medical system and plenty of fitness opportunities, seniors can have fun and stay healthy. What’s more, retirees in the city are in the top 25th percentile in the nation for income.

In the Southeast, Asheville is a top Forbes pick for retirement. Housing can be more expensive here than elsewhere in the region, but Asheville’s location can’t be beat. Its close proximity to Great Smoky Mountains National Park and national forests is a bonus. Retirees don’t have to worry about the state taxing their Social Security, and residents enjoy clean air and numerous medical facilities.

Pittsburgh gets a little love from almost every list of best places to retire in the USA. It lands in the No. 5 spot on the U.S. News list, while WalletHub ranks it 16th and Kiplinger ranks it 38th. Meanwhile, Forbes says it’s the No. 1 retirement destination in the Northeast. What makes Pittsburgh special for retirees? Among other things, it’s notable for affordability, walkability and access to health care.

Grand Rapids is a Midwest city that has transformed itself in recent decades although it often flies under the radar. It has a vibrant arts scene, its craft breweries have a strong reputation, and residents enjoy a diverse range of recreational opportunities. U.S. News ranks Grand Rapids sixth in the nation for retirees, noting its high value and quality of life. The city’s downtown Medical Mile ensures older residents access to the latest health care innovations.

WalletHub gives sixth place to Charleston, which ranks 22nd on U.S. News’ list. Charleston blends rich history with ample entertainment opportunities. Thanks to its charm and Southern hospitality, it’s a magnet for both the old and young. In particular, Charleston gets strong marks for the range of activities available to retirees, WalletHub says.

Arkansas is not a tax-friendly state for retirees, but that doesn’t stop Kiplinger from naming Fayetteville the fourth best city in the nation for retirees. The city’s affordable cost of living can offset tax expenses. Plus, Fayetteville gets high marks for its residents’ well-being; people there report feeling safe and are proud of their community.

If you want to retire somewhat off the beaten path, consider La Crosse, Wisconsin. Located on the Mississippi River across the state border from the Minnesota, La Crosse isn’t a booming metropolis, yet it has much for retirees. It’s known for its array of festivals, including one of the nation’s top Oktoberfest celebrations. There are numerous restaurants, shops and outdoor activities. USA Today calls La Crosse the seventh best place to retire, thanks to the access it offers to health care.

Nashville isn’t just for country music fans. Although the city is home to the Grand Ole Opry and birthplace to many a musician’s career, it has more going for it than catchy tunes and a creative vibe. It’s also affordable and enjoys a strong job market. U.S. News ranks Nashville as the seventh best place to retire in the nation.

California isn’t the cheapest state for retirees — or anyone else, for that matter. However, if you have your heart set on retiring in the Golden State, Kiplinger suggests Carlsbad. The city ranks fifth on Kiplinger’s list of the best places to retire. Carlsbad is expensive, but it offers oceanside living, walking and biking trails, arts events and numerous retirement communities catering to retirees.

If you’d love be near the Atlantic Ocean, try Niantic, Connecticut. New England, like California, tends to be a more costly destination. However, homes in Niantic are relatively affordable compared with other seaside communities in the region. That helped this city capture the No. 7 spot on Kiplinger’s list.

Check out Salt Lake City, another top retirement destination. Forbes calls it one of the best picks in the West. The city is known for outdoors activities, making it a good choice for active retirees. Plus, Salt Lake City is known for its quality health care system. When something goes wrong medically, a competent professional will be nearby to help.