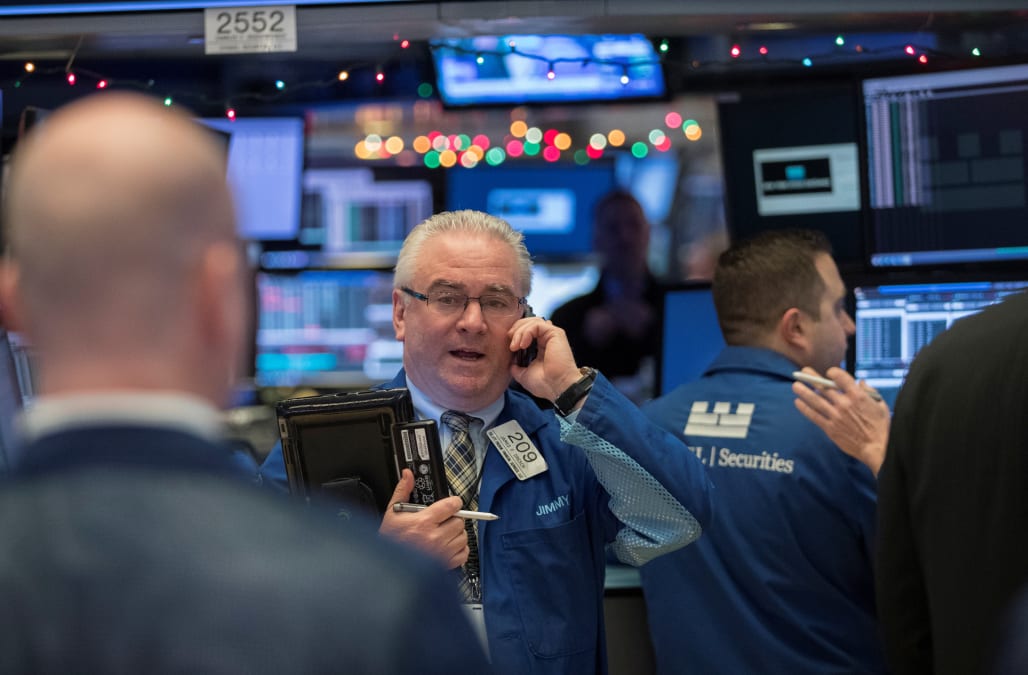 Shares of trade-sensitive companies like Boeing (+2%) and Caterpillar (+3.2%) soared after the Wall Street Journal reported China is drafting plans to replace its industrial Made in China program, which has been at the center of the Trump administration's frustrations with Beijing. The new plan would aim to increase access to foreign companies.

Trump also said in an interview with Reuters published late Tuesday he would intervene in the US case against Huawei CFO Meng Wanzhou if it would support trade talks, easing concerns that the incident could imperil negotiations ahead of a March deadline.

Elsewhere, the Labor Department said the core consumer price index rose 2.2% from a year earlier in November. The key inflation reading came ahead of a Federal Reserve meeting next week, where the central bank is expected to increase its benchmark interest rate.

"Accordingly, we remain of the view that near-term upside inflation risks are very limited," said Ian Sheperdson, chief economist at Pantheon Macroeconomics. "This does not mean the Fed can relax, though, because the tightening labor market is a real medium-term threat, and zero real short-term interest rates won’t ease the pressure."

Treasury yields, which move inversely to prices, edged higher. The dollar fell against a basket of peers.

The British pound climbed but remained near 20-month lows as Prime Minister Theresa May appeared poised to survive a vote of no confidence Wednesday. Lawmakers challenged her leadership after a key vote on plans to leave the European Union was delayed this week, the latest in a series of defeats May has faced in recent weeks.

"Indications that the EU is willing to consider compromises on a Brexit deal would be what is needed to help the British Pound recover some ground, but that is unlikely to be the case," said Jameel Ahmad, an analyst at FXTM.

Oil prices rose for a second day, lifting the S&P 500’s energy index 1.3%, as outages in Libya added to supply concerns after OPEC and other major producers agreed last week to cut production levels. Additionally, data out Wednesday showed US stockpiles fell by 1.2 million barrels last week. West Texas Intermediate rose to around $52.50 per barrel, and Brent to around $61.