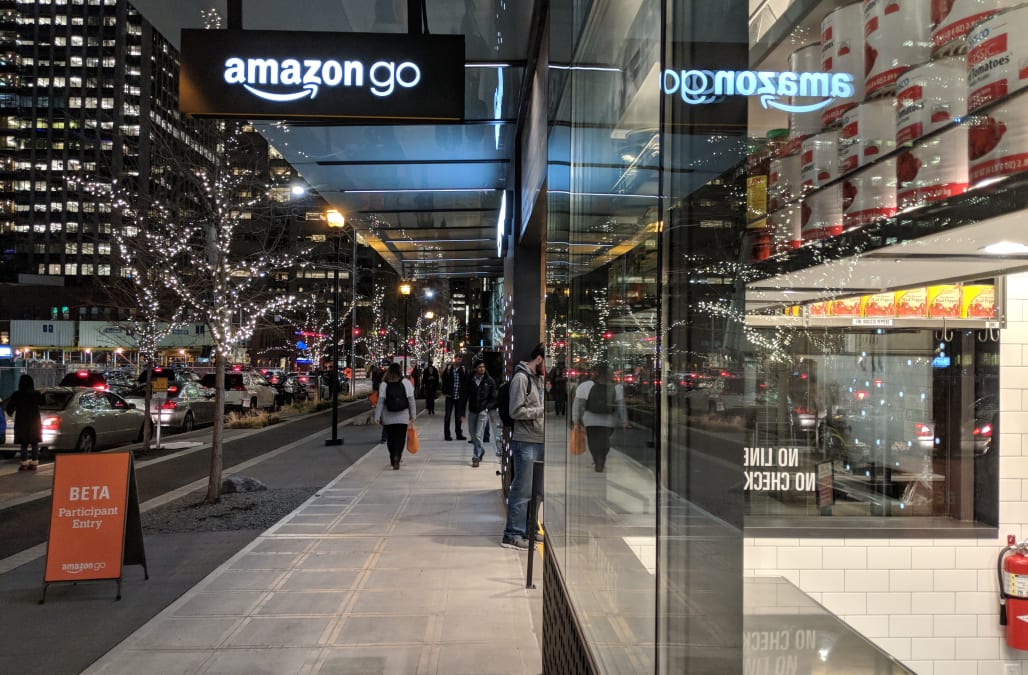 Amazon is “the company that Americans love the most” for the second year in a row, according to Morning Consult’s annual brand survey, released Tuesday. Amazon being America’s favorite company is a sign that despite widespread coverage of backlash after it announced the results of its HQ2 search, most Americans feel extremely positive about the internet giant.

Netflix has the best word of mouth traction, which some might argue is a better metric for future success. Nearly three-quarters of adults would be “very likely to recommend” Netflix to a friend—higher than any other brand.

For its survey, Morning Consult interviewed more than 1.5 million American adults this year, starting in Q1 2018. 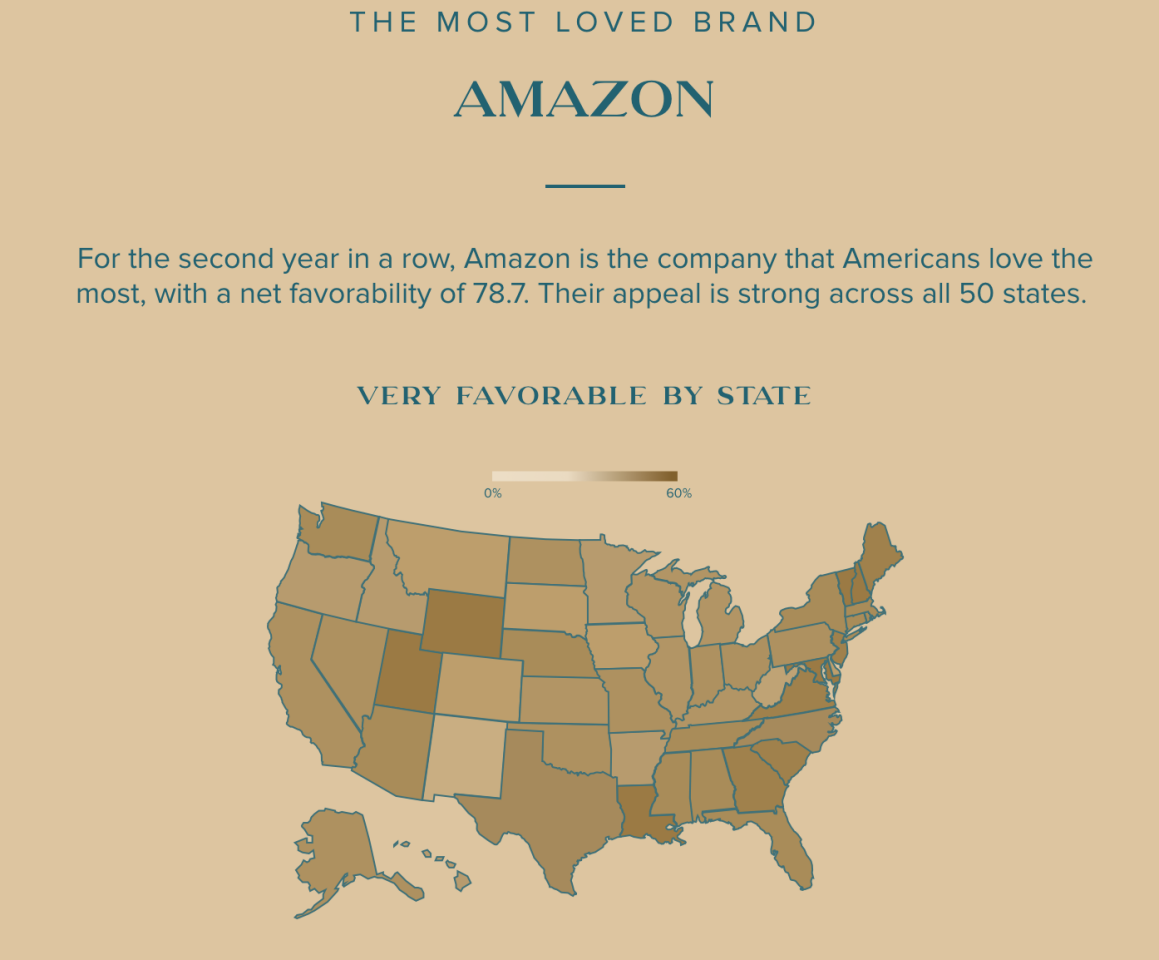 The brand “on the rise” this year is DoorDash, which saw a 15-percentage-point rise in brand awareness, better than competitors UberEats or GrubHub, though all of them saw double-digit growth in brand awareness this year. As Morning Consult writes 2018 was “a banner year for food delivery apps.”

Finally, the survey has some interesting results in employer reputations. Amazon and Google tie for the top place Americans want to work: 60% say they would be proud to work for Amazon or Google. Microsoft gets third place, making the most admired employers all tech. 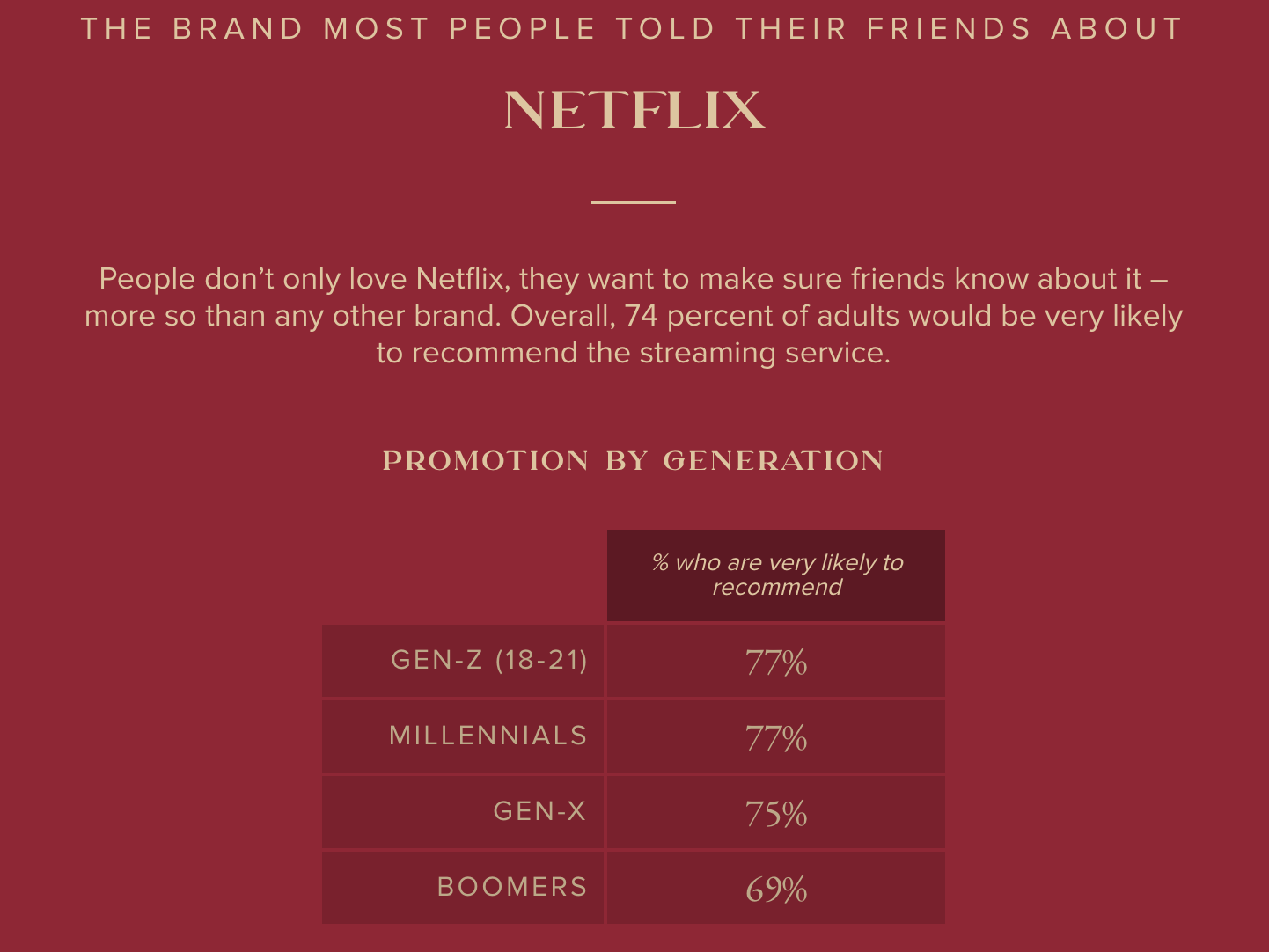 Manhattan store owner: ‘Amazon is a monster’ that will ‘destroy swaths of the country’

Amazon’s NYC bookstore is not really about selling books

Amazon Prime, YouTube TV are in a sports streaming race