Groups across NYC hold a protest against Amazon's HQ2 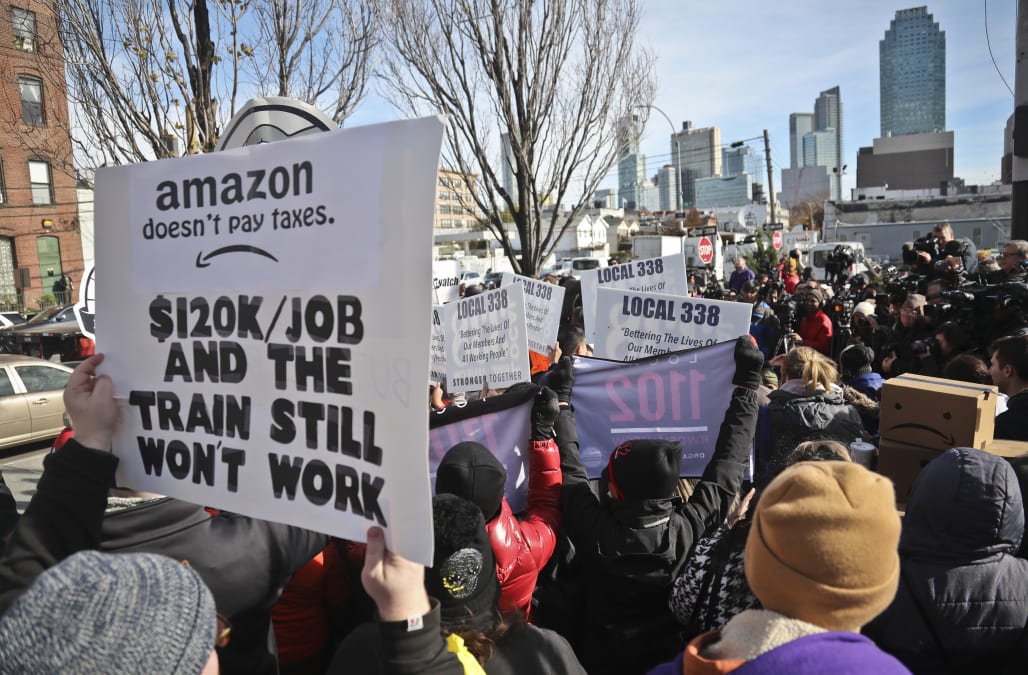 After Amazon announced Queens, New York and Arlington, Virginia as the locations for its HQ2, many residents in both cities have voiced their opposition to the decision.

The announcement came after months of bidding wars between U.S. cities, with multiple locations offering billion-dollar tax-breaks and the ability to potentially dodge strenuous land-review processes. In New York, specifically, officials agreed upon giving the tech giant $1.525 billion in direct incentives. In addition to the tax-breaks and special privileges the company will receive, the deal would give away multiple sites slated to provide 1,500 units of affordable housing in Queens -- and New Yorkers are not pleased.

Amid growing backlash against what residents are calling the #HQ2Scam and #NoAmazonNYC, prominent community-based organizations across the city have come together to hold a day of action against Amazon.

The event will take place on Monday, November 26, which is also Cyber Monday, and is set to begin as a protest at 12:30 p.m. at Herald Square 34th Street. It then will transition into a rally and march in Queens at Court Square Park in Long Island City at 5 p.m.

“On Cyber Monday we are saying No to Amazon and to its harmful business model. Despite being the wealthiest corporation in the world, Amazon has staged two-faced games with cities to extract as much money from our tax coffers as possible," says Maritza Siva Farrell, Executive Director of ALIGN, one the participating organizations in this day of action against Amazon and part of the growing coalition against #H2QScam. "Amazon has distracted our leaders with promises of jobs, while having a long track record of corporate greed, refusing to pay their fair share of taxes, destroying communities and affordable housing, and it’s notorious for workers’ rights abuses in the US and around the world. Our resources must go to support our diverse communities of working people, of immigrants, who are the heartbeat of our city, not to Amazon," Farrell continued.

For more information on the protest, check out the official livestream here.