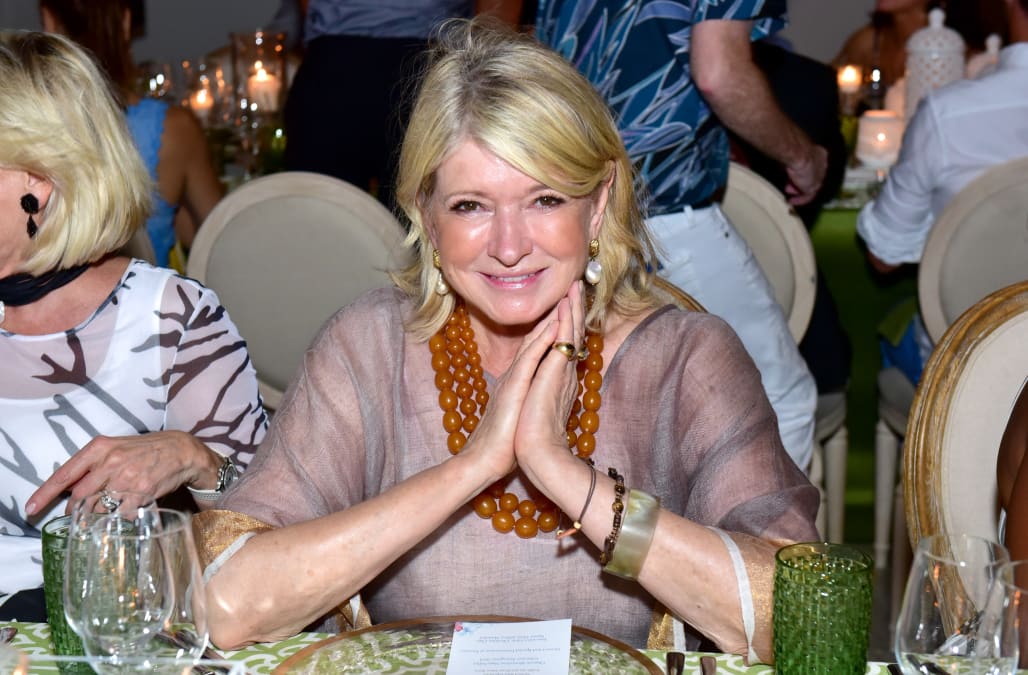 Uber has certainly had no shortage of scandals the past few years and it seems as though the ride-sharing company is always making headlines that involve a brow-raising story about a passenger and their driver.

But the great thing about Uber is that for the most part, it levels us (as passengers) out — whether you’re a celeb or a mere mortal, you’re not immune to the woes of a less-than-pleasant Uber ride.

On November 19, Martha Stewart learned that the hard way.

The interior design and lifestyle queen took it to Instagram in an effort to vent about her ‘first’ Uber experience in a since deleted post from Monday. 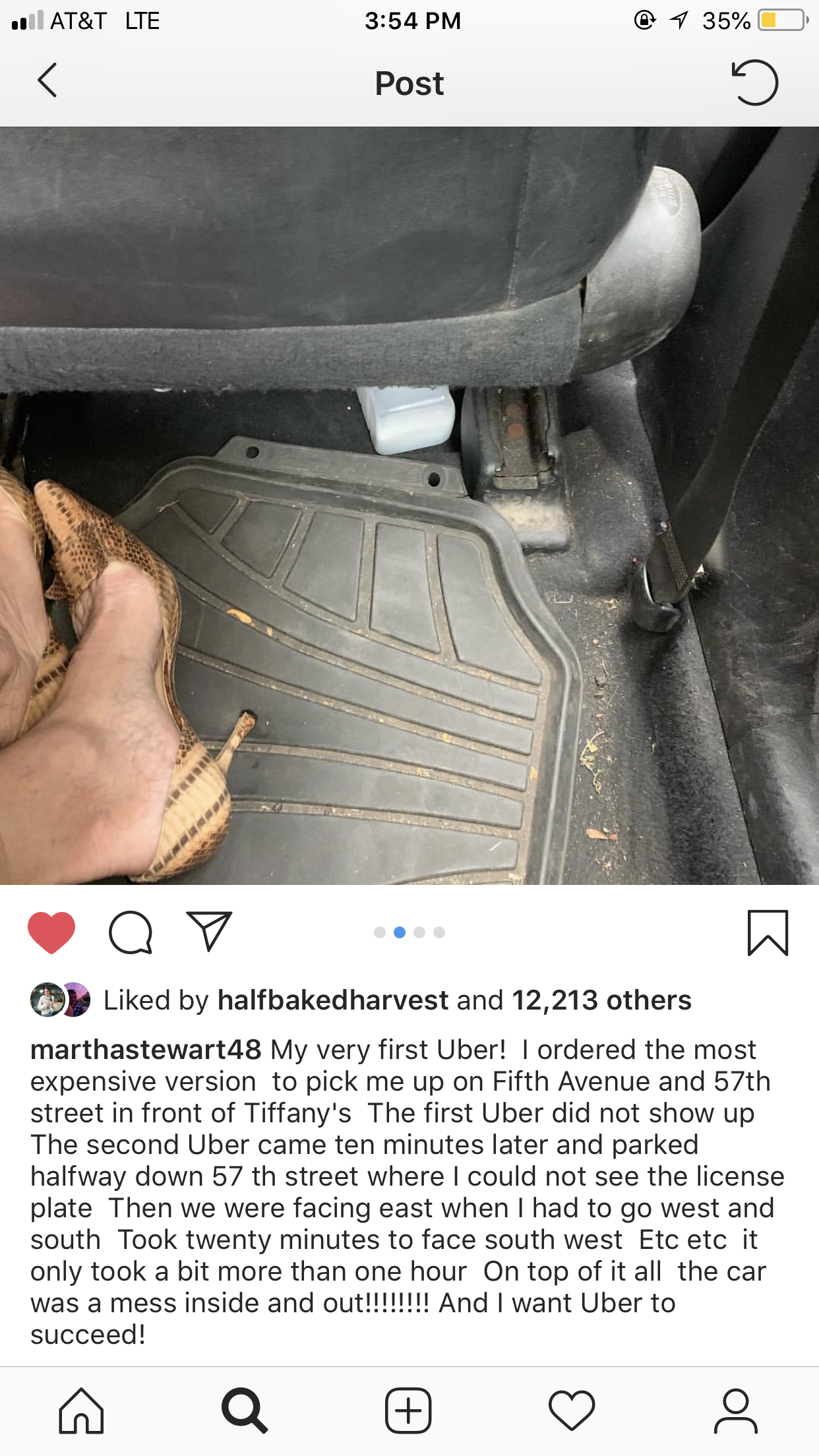 An exclamation point! We’re off to a good start!

However, things quickly took a turn (much like Stewart’s Uber driver did several times, as we will soon learn.)

Stewart explains that she ordered the ‘most expensive version’ (goals) to pick her up ‘in front of Tiffany’s’ (honestly same) but for reasons unbeknownst to everyone involved, this particular Uber did not show up.

Nobody leaves Martha stranded in front of Tiffany's, your average taxi cab would never! Strike one.

A second Uber was sent to rescue Stewart but she then explained that it ‘parked halfway down 57 th street’ instead of at her actual location (Tiffany’s, in case anyone forgot) and then to top it off, the car was facing east when Stewart had to go ‘west and south.’

All dramatics aside, for anyone that’s ever been lucky enough to deal with traffic in the wonderful city that is New York, facing the wrong direction to start can set you back minutes, hours (I'm talking DAYS here, people!) in travel time.

Stewart concluded her post by revealing that her trip ‘took a bit more than one hour’ — but that’s not what really had her rattled.

In what we can only describe as Stewart expressing true vulnerability and raw emotion, she tell us that ‘On top of it all  the car was a mess inside and out!!!!!!!!’

Eight exclamation points!!!!!!!! We are shook. The world is shook.

She ends her post with a simple, subtle ‘And I want Uber to succeed!’ dropping back down to one exclamation point now which makes the statement appear like a soft, quiet cry aloud in the back of a water-bottle ridden Uber vehicle.

We don’t know where Martha was going (though it appears she did eventually get there) in those snakeskin pumps but one thing is for certain — justice will be served, for both her and these mean, mean streets.

More from Aol.com:
Martha Stewart is not here for Uber's antics and honey, did she let it all out on Instagram!
5 companies that buck the Black Friday trend — from donating 100% of their proceeds to shutting their websites down for the day
Here are all the holiday deals at Best Buy