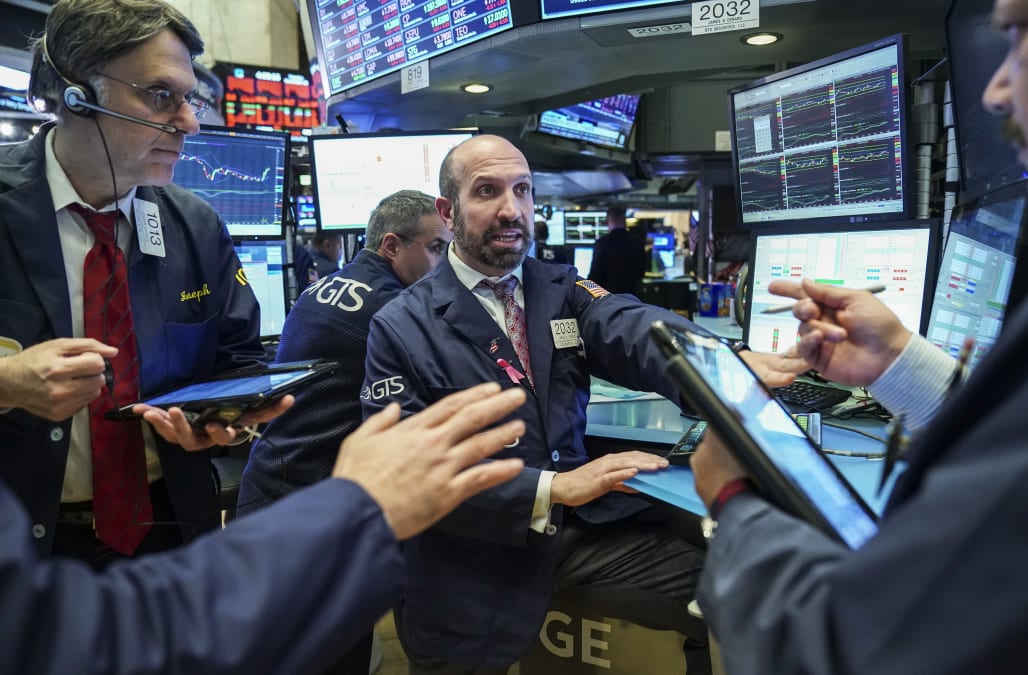 Stocks plunged, with the S&P 500 and Dow erasing gains for the year.

Both the S&P 500 and the Dow have erased year-to-date gains as of market close Tuesday. Each is now down about 1% this year.

Tuesday’s losses follow a broad sell-off in equities on Monday, which saw the Dow shed nearly 400 points at the close. The tech sector led declines, with each of the FAANG giants falling at least 20% from their 52-week highs at their intraday lows Monday.

Last year, the tech sector had been the S&P 500’s best performer.

“Tech continues to be caught in the crosshairs of the triple threat of rising interest rates, global growth fears and trade tensions with China,” Chris Zaccarelli, chief investment officer of Independent Advisor Alliance, said via email. “Since tech has led the market higher this year and many of the largest companies in the overall market index are part of the technology sector, the drop in tech is leading to a drop in the overall market.”

It’s difficult to know exactly what will ultimately slow the declines. However, a breakthrough in the trade dispute with China, a possibility that the Federal Reserve will pause or reduce the rate of interest rate hikes or some positive macroeconomic data that leads the market to believe that global growth will accelerate again could help assuage some of the fears sending the market lower, Zaccarelli said.

The Trump administration is also considering tightening rules on technology exports, based on a request for public comment published Monday in the U.S. Federal Register. The request considers whether new technologies with national security applications including AI and robotics should be subject to stricter export control rules. The Washington Post reported that such restrictions could impact companies innovating in these spaces, including Apple (AAPL), Alphabet (GOOG), IBM (IBM) and Amazon (AMZN).

Meanwhile, cryptocurrencies weren’t spared from their own rout, with Bitcoin prices (BTC-USD) tumbling to the lowest levels in more than a year. Prices for the largest cryptocurrency fell to $4,076.59 at the 24-hour lows, extending losses from Monday.

Weak quarterly results from giants including Target weighed on the retail sector as a whole on Tuesday, with the SPDR S&P 500 Retail ETF (XRT) falling 3.38% during the session.

Target (TGT) missed consensus estimates for third-quarter earnings and posted same-store sales slightly short of expectations. Adjusted earnings were $1.09 per share, three cents below Wall Street’s expectations, while revenue edged ahead of estimates at $17.82 billion versus $17.80 billion expected. In spite of the earnings miss, Target retained its previous forecast for full-year adjusted earnings of between $5.30 and $5.50. Same-store sales grew 5.1%, narrowly missing analyst expectations of 5.2%, and Target expects same-store sales growth of 5% in the holiday quarter. The company also reported that its third-quarter gross margin fell to 28.7%, down from 29.6% in the year-ago quarter, which Target said was due in part to fulfilling more orders earlier in anticipation of the holiday season. Shares of Target fell 10.52% to $69.03 each as of market close.

Kohl’s (KSS) disappointed on its full-year earnings forecast heading into the holiday season, sending shares falling in early trading. The retailer expects full-year earnings of between $5.35 and $5.55 per share, with the midpoint of the expected range falling below consensus estimates of $5.49 per share, according to Bloomberg data. However, the company beat estimates for fiscal third-quarter earnings by 2 cents, delivering EPS of 98 cents. Kohl’s stock fell 9.23% to $64.45 per share as of market close.

Lowe’s (LOW) beat on the top and bottom lines in its third-quarter results but  lowered its full-year sales forecast. Adjusted earnings came in at $1.04 per share on revenue of $17.42 billion, versus estimates of adjusted EPS of 98 cents on revenue of $17.36 billion. The company, however, lowered its full-year sales forecast to about 4%, from 4.5% previously, and expects same-store sales to increase 2.5%, down from an expected 3% increase previously. Shares of Lows fell 5.66% to $86.18 each as of market close.

L Brands (LB), the parent company to Victoria’s Secret and Bath & Body Works, reported Monday afternoon that it would be cutting its annual dividend in half to $1.20. The company posted third-quarter adjusted earnings per share of 16 cents, beating estimates by a penny. L Brands also raised its full-year earnings outlook to between $2.60 per share to $2.80 per share, from between $2.45 and $2.70 per share previously. The company also confirmed that Victoria’s Secret CEO Jan Singer has resigned amid sales struggles for the lingerie brand. John Mehas, president of Tory Burch, will take over as CEO early next year. Shares of L Brands fell 17.71% to $28.43 each as of market close, posting a sixth consecutive day of declines.

US oil prices plunged, snapping a four-day winning streak and falling along with the broader market amid worries of a global economic slowdown. Prices have also come under pressure as the US continues to post strong production and OPEC considers a cut in output at its upcoming meeting in Vienna on December 6.

Oil prices tumbled further Tuesday afternoon after President Donald Trump said in a statement that the U.S. stands with Saudi Arabia after Jamal Khashoggi, a journalist for the Washington Post, was killed by Saudi agents. The U.S. has already sanctioned 17 Saudis known to have been involved in the Khashoggi’s murder, Trump said in the statement. Saudi Arabia is among the top oil-producing countries in the world, alongside the U.S. and Russia.

Following the statement, U.S. West Texas Intermediate crude (CL=F) plummeted to as low as $52.77 on Tuesday before paring some losses and settling at $53.43 per barrel. Prices for Brent crude (BZ=F), the international benchmark, fell as low as $61.71 on Tuesday. Meanwhile, the Energy sector was the worst performer for the day in the S&P 500, down more than 3%.

Housing starts rose to an annual rate of 1.228 million, seasonally adjusted, inOctober, the Commerce Department said in a statement Tuesday. The reading was in line with consensus estimates, according to economists polled by Bloomberg. The October reading for housing starts represents growth of 1.5% from the upwardly revised September rate of 1.21 million.