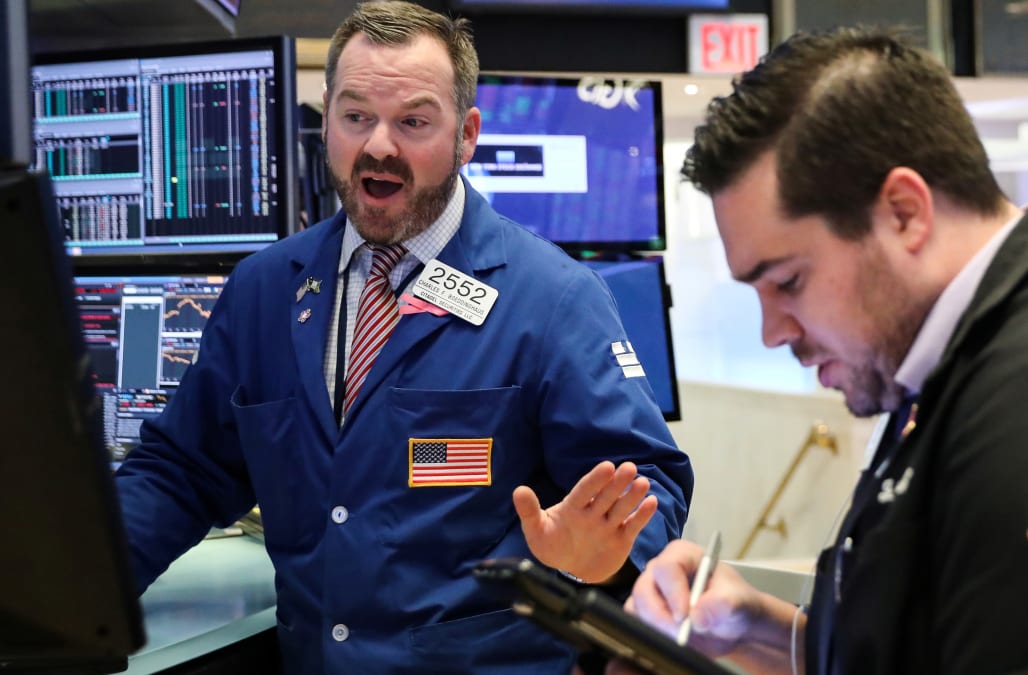 High-dividend stocks like real estate companies and utilities, which investors favor when they are fearful of market turmoil, held up better than the rest of the market.

Nissan sank after its chairman was arrested on misconduct charges.

Clashes between China and the U.S. at a Pacific Rim summit over the weekend left investors feeling pessimistic about the prospects for a deal that would end the trade tensions between the world's two largest economies.

Talks continue ahead of a meeting between Chinese President Xi Jinping and President Donald Trump planned for the G-20 summit later this month.

The S&P 500 index of technology companies has plunged 13.5 percent since the end of September.

BREAKDOWN AT NISSAN: Nissan said its chairman, Carlos Ghosn, was arrested Monday and will be dismissed from the company after allegedly under-reporting his income. Nissan said an internal investigation found Ghosn under-reported his income by millions of dollars and engaged in other "significant misconduct."

ENERGY: Benchmark U.S. crude reversed an early loss and rose 0.2 percent to $56.55 a barrel in New York. U.S. crude prices have dropped for six weeks in a row and are trading around their lowest level in about nine months.

FIRE FALLOUT: The parent company of California utility Pacific Gas & Electric fell again after it disclosed that it had a power line failure near the start of a deadly wildfire the morning the fire began. The Mercury News of San Jose reported Saturday that the company said in a filing that it had an outage at 6:45 a.m. on Nov. 8 in Concow. Authorities say 76 people have been confirmed dead in the Camp Fire.

AP Markets Writer Marley Jay can be reached at http://twitter.com/MarleyJayAP

More from Aol.com:
Trump's trade war with China just ended one car manufacturer's incredible 46-month streak
Bitcoin tumbles to its lowest level in over a year
Tech stocks are getting slammed, Dow tanks more than 500 points