Millennials 'can't even' with the new Monopoly, where players collect experiences not cash 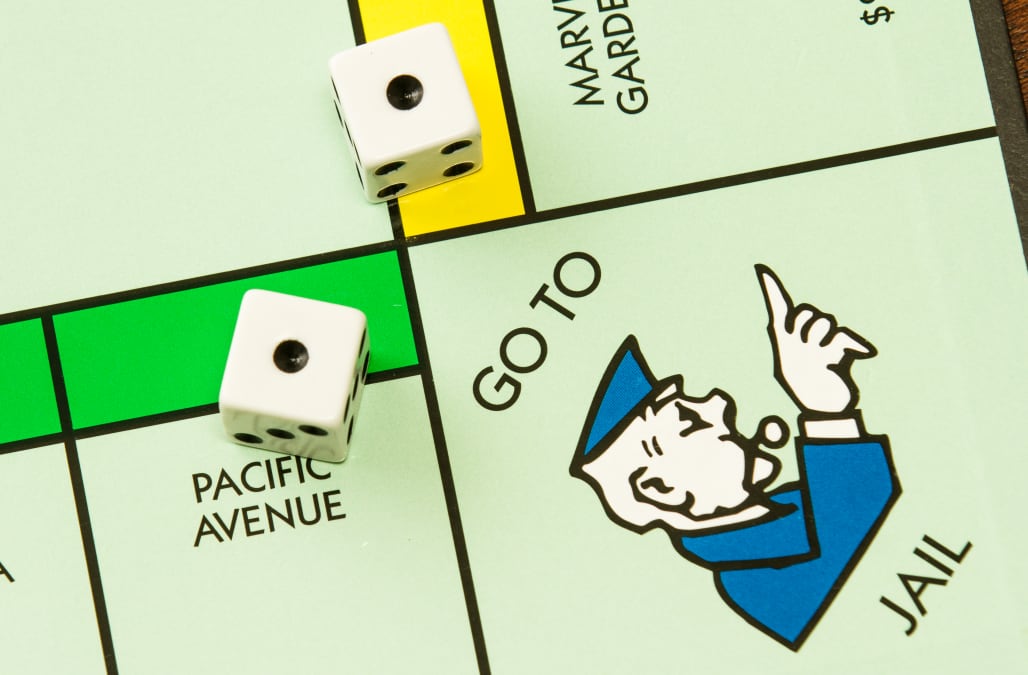 Hasbro's new "Monopoly for Millennials" isn't winning too many fans in the age group it was meant to entertain.

The new game, announced earlier this week, is full of millennial stereotypes that seem to have struck a nerve with the demographic.

On the cover of the game, Mr. Monopoly is wearing a medal, presumably from that half marathon he ran, holding a coffee, wearing headphones and snapping a selfie.

"Forget real estate. You can't afford it, anyway," reads the cover of the game.

That one stings, according to some millennials who took to — where else — Twitter to voice their irritation over "the most condescending game ever."

The reality is that about four in 10 millennials are homeowners, according to survey results released in July by Bank of the West. Of those homeowners surveyed, one in three dipped into their retirement accounts to make a down payment, according to the survey.

So what happens when millennials can't afford the fancy Monopoly properties? In Hasbro's new game, the goal is to instead collect experiences, like going to a meditation retreat, crashing on a friend's couch or dining at a vegan bistro. If a player experiences something first, they can collect money any time an opponent lands on that experience.

Oh, and those classic game pieces have also been replaced with a crying emoji and a hashtag symbol.

One Twitter user pointed out that there are fewer spaces on the board, presumably because millennials are too lazy to finish an entire game of Monopoly.

14 PHOTOS
Monopoly board game through the years
See Gallery

Monopoly board game through the years
(GERMANY OUT) Germany - family playingthe board game 'Monopoly' on Christmas Digitally colorized. Original: image no 00105231 - 1961 (Photo by ullstein bild/ullstein bild via Getty Images)
APR 25 1984; Games; Monopoly tournament Close-up of Board; (Photo By John Prieto/The Denver Post via Getty Images)
The gold Monopoly set created by American artist and jeweler Sidney Mobell, to mark the occasion of the 8th Monopoly World Championship in London, October 1988. (Photo by Derek Hudson/Getty Images)
UNSPECIFIED - NOVEMBER 17: In this handout photo from the U.S. Air Force, a new version of the board game Monopoly is seen November 17, 2003. In U.S. Air Force Edition Monopoly, being introduced by the Army and Air Force Exchange Service and scheduled to hit the shelves of base exchanges December 1, players will compete to control aircraft, rocket and satellite properties, and build air expeditionary squadrons and air expeditionary wings rather than houses and hotels. (Photo by Scott Elliot/U.S. Air Force via Getty Images)
SEBASTIAN, FL - SEPTEMBER 28: Morgan Hall (L), Luke Hall and their mother Kaci Hall play a game of 'Monopoly' with the use of flashlights since their house is without electricity after Hurricane Jeanne knocked out the power September 28, 2004 in Sebastian, Florida. Many people throughout the region are still without power. (Photo by Joe Raedle/Getty Images)
SYDNEY, AUSTRALIA: Contestants play the first game on the world's largest Monopoly board, occupying an enormous 440 square metres (feet), at the Sydney Exhibition Centre to commemorate the 70th anniversary of the world's most popular board game, 12 May 2005. Since the game was invented by Charles Darrow in 1933, over 200 million Monopoly game sets have been sold in over 80 countries and printed in 32 languages. AFP PHOTO/Torsten BLACKWOOD (Photo credit should read TORSTEN BLACKWOOD/AFP/Getty Images)
(Los Angeles, CA) (5/25/05) Monopoly Â Art Deco edition. This year, to mark Monopoly's 70th birthday, toymaker Hasbro has issued a special Art Deco edition of the game. (Photo by Robert Lachman/Los Angeles Times via Getty Images)
UNITED STATES - FEBRUARY 09: A SpongeBob SquarePants edition Monopoly game sits on display in the Hasbro showroom during the International Toy Fair Thursday, February 9, 2006 in New York. Hasbro Inc., the world's second-largest toymaker, expects sales to fall this year and will add more electronic toys as demand for Star Wars merchandise wanes. (Photo by Daniel Acker/Bloomberg via Getty Images)
CHICAGO - OCTOBER 22: Monopoly games made by Parker Brothers, a subsidiary of Hasbro, are offered for sale at a Toys R Us store October 22, 2007 in Chicago, Illinois. Hasbro today reported a 62 percent rise in quarterly profit. (Photo by Scott Olson/Getty Images)
Classic board games, like 'Monopoly' are now in Hasbro's Express series with each in round 6-inch diameter plastic boxes. (Photo by John Mutrux/Kansas City Star/MCT via Getty Images)
Hasbro Inc.'s Monopoly logo is displayed on the cover of a game box at a Target Corp. store in Rosemont, Illinois, U.S., on Thursday, Oct. 13, 2011. The U.S. Census Bureau is scheduled to release retail sales data on Oct. 14. Photographer: Tim Boyle/Bloomberg via Getty Images
LONDON, ENGLAND - MARCH 29: A special edition London 2012 Olympic Games themed version of the Monopoly board game on March 29, 2012 in London, England. (Photo by Oli Scarff/Getty Images)
FAIRFAX, CA - FEBRUARY 06: In this photo illustration, Monopoly game pieces are displayed on February 6, 2013 in Fairfax, California. Toy maker Hasbro, Inc. announced today that fans of the board game Monopoly voted in an online contest to eliminate the iron playing figure and replace it with a cat figure. The cat game piece received 31 percent of the online votes to beat out four other contenders, a robot, diamond ring, helicopter and guitar. (Photo illustration by Justin Sullivan/Getty Images)
500 euro banknotes are seen on a Monopoly boardgame as employees prepare envelopes with cash during a commercial operation of the Monopoly game, on January 13, 2015 in Saint-Avold, eastern France. Toy maker Hasbro celebrating the 80th anniversary of the iconic boardgame, offers real money inside some game boxes. Biggest price is over 20.000 euros. AFP PHOTO / PATRICK HERTZOG (Photo credit should read PATRICK HERTZOG/AFP/Getty Images)
Up Next

"We created Monopoly for Millennials to provide fans with a lighthearted game that allows millennials to take a break from real life and laugh at the relatable experiences and labels that can sometimes be placed on them," Hasbro said in a statement. "With many of us being millennials ourselves, we understand the seemingly endless struggles and silly generalizations that young millennials can face (and we can't even!)."

Others saw some humor in the game and suggested millennials were easily offended.

"The Monopoly Millennial Edition is somehow both relatable and condescending at the same time," wrote one Twitter user.

While it's received plenty of attention and scorn from some millennials, Hasbro clearly has a hit. The $19.82 game, which is available exclusively at Walmart, is so popular it's already listed as out of stock on the retailer's website, with used versions selling for triple the price.

Presumably because millennials are too lazy for a full game of monopoly pic.twitter.com/3sZpcyfop0

I swear millennial monopoly is the most condescending game ever created. We’re broke, it’s not our fault, leave us alone smh @Hasbropic.twitter.com/5vdmRQJOOv