The backlash is already mounting over Amazon's choices for HQ2 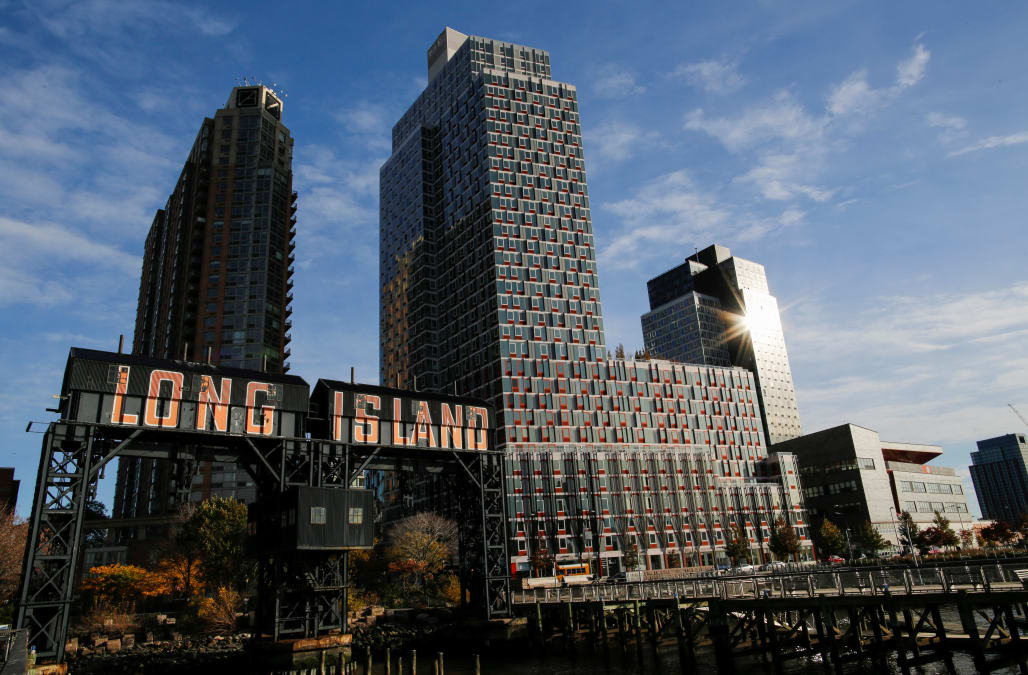 The backlash has already begun against Amazon after the e-commerce giant announced Tuesday it will split its second headquarters between New York City and a suburb of Washington, D.C.

Congresswoman-Elect Alexandria Ocasio-Cortez said she has received concerned calls from residents in her Queens district, which is adjacent to where the Amazon offices will be located. She characterized the general sentiment about Amazon moving into the area as "outrage."

"Amazon is a billion-dollar company. The idea that it will receive hundreds of millions of dollars in tax breaks at a time when our subway is crumbling and our communities need MORE investment, not less, is extremely concerning to residents here," she tweeted on Monday.

Amazon is a billion-dollar company. The idea that it will receive hundreds of millions of dollars in tax breaks at a time when our subway is crumbling and our communities need MORE investment, not less, is extremely concerning to residents here.

Amazon made the surprise decision to split the second headquarters between two locations after a year-long bidding frenzy that started with proposals from 238 cities. Amazon has said the HQ2 project will include a $5 billion investment and could create as many as 50,000 high-paying jobs, which will be split between the two locations.

While city and state leaders rolled out the red carpet to entice Amazon with perks, little is known about the actual incentives that led Amazon to decide to set up a second headquarters in the country's financial and political capitals.

"New York and Washington are like other big cities, facing housing poor and rent poor populations," said Greg LeRoy, executive director of Good Jobs First, a national policy group promoting corporate and government accountability in economic development. "People are spending bigger chunks of their income renting and this is going to only make pressure for housing affordability worse."

"If you're going to drop 25,000 people making more than $100,000 a year in a hot housing market, it is inevitable," he said. "If local officials are not very intentional about attaching strings to this deal, including affordable housing safeguards and transit improvements, it is going to be very hard" for residents already trying to get by in those cities, he said.

Tori Marra, who has been a Long Island City resident for the past seven and a half years, told NBC News she's cautiously watching the effect Amazon might have on her neighborhood.

"I moved in mid-2011 when Long Island City was very reasonable for rent and still an ideal location," said Marra. "This announcement definitely worries me about my future in the neighborhood."

In addition to traffic congestion and a New York City subway system in dire need of repairs, questions have been raised about the lack of details surrounding the package of incentives that influenced Amazon's split decision. New York Governor Andrew Cuomo even joked earlier this month that he would be willing to change his name to "Amazon Cuomo" if New York won HQ2.

While winning investment from one of the world's biggest companies is undoubtedly a feather in the cap for politicians, a coalition of community groups in Northern Virginia has called for transparency and for the process to be slowed down.

"We oppose a massive state gift to a company headed by the world's richest person," the groups said in a joint statement. They also called on local leaders to "fully disclose all of the tax incentives, infrastructure improvements and other subsidies that have been offered for HQ2."

In New York, City Councilman Jimmy Van Bramer is promoting a "No to Amazon HQ2 in Long Island City" protest on Wednesday.

"We were not elected to serve as Amazon drones," he said in a joint statement with State Sen. Michael Gianaris. "It is incumbent upon us to stand up on behalf of the people we represent and that is what we intend to do."

But there is an upside of having Amazon come to town.

The company's investments in Seattle from 2010 to 2016 added $38 billion to the city's economy, according to data provided by Amazon. It's also great news for property owners. In Seattle and the surrounding area, the housing market has boomed, largely thanks to Amazon employing more than 40,000 high-paid workers in the city.

"We've seen that major investments like these can bring not only thousands of direct jobs but also lead to job growth in other industries," he said in a statement on Tuesday.

"As we welcome Amazon's new investment in Virginia, we must commit to implementing this announcement in a way that will benefit the whole region and all of the Commonwealth."