Want to Get Ahead in the Workplace? This Person is Critical 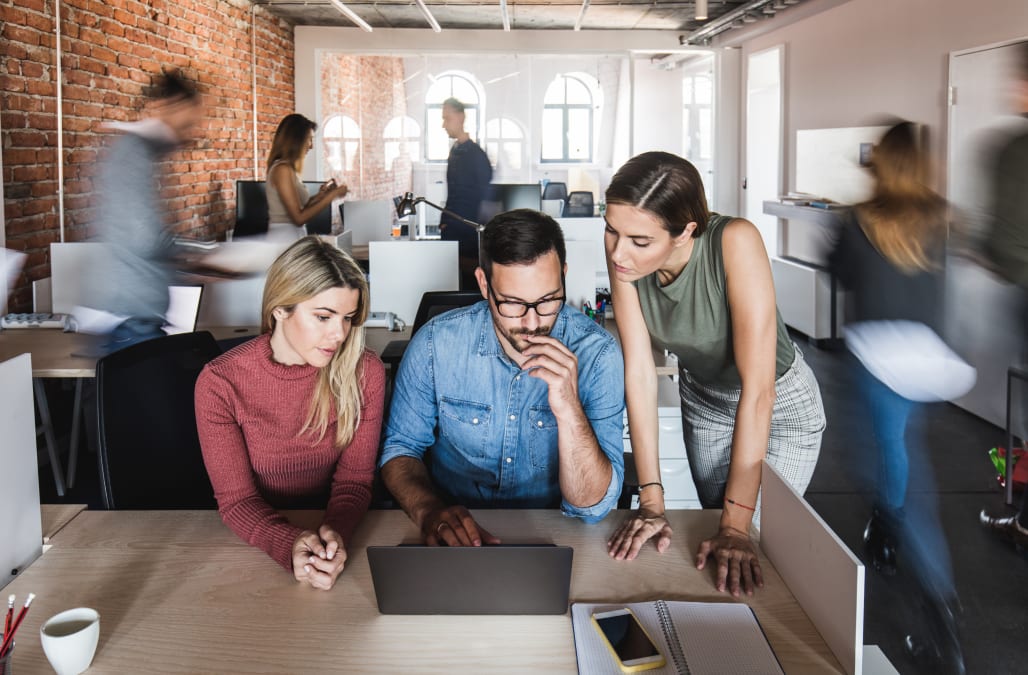 The evidence keeps mounting that companies and organizations with more women in senior leadership positions do a better job of doing whatever it is they do, whether that's improving global health or launching a new shampoo.

According to the McKinsey report Women in the Workplace 2018, if companies start hiring and promoting women and men to manager at equal rates, we should get close to parity in management--48 percent women versus 52 percent men--over the same ten years.

Companies with the most women on their executive committees had a 47 percent greater return on equity than those companies with none. So, after all the gains that women have made in the workplace over the past several decades, why hasn't the pace of female advancement picked up? Why aren't we doing even better?

One answer: Women in the workplace need to do a better of asking for career help.

That's a sweeping statement if there ever was one. But when I organize conferences on female leadership and do 1:1 coaching or mentoring, I come away with the strong sense that most women in organizational life feel like the answer to getting ahead in their careers is to be great at their jobs. Full stop. What they often don't realize is that being great, important as that is, doesn't count for as much as it should if the senior colleagues responsible for assignments and promotions aren't made sufficiently aware of it.

A big part of the solution: sponsors. According to Julie Kantor, founder and CEO of Twomentor consulting firm, the vast majority of employees don't have a clue about sponsors. In a nutshell, a mentor advises you face-to-face; a sponsor advocates for you when you're not in the room (e.g., when senior leadership discusses those assignments and promotions).

"Sponsorship" is actually a new-ish word for a time-honored concept. Traditionally, it is a senior male who takes it upon himself to champion a talented younger male colleague. And just as traditionally, women and people of color wound up excluded from these cozy work relationships that evolved organically, say over golf or after-work drinks.

This is why formal programs to match high-potential junior employees with sponsors have become such a hot trend in the HR universe, so that talent, which happens not to be white and male, isn't left out in the cold, says Kantor.

Another factor? Millennial employees place a high value on the support and affirmation of their senior colleagues. As Kantor says, it's kind of like, 'mentor or sponsor me or I'm outta here!'

RELATED: Take a look at the top challenges people face in the workplace:

Being passionate about what they do (19%)

Not having somebody to turn to for help (16%)

Answering all of their emails (13%)

If your company has a sponsorship program that matches up senior and junior colleagues, do everything in your power to participate. If your company doesn't, talk to the people in HR or your Employee Resource Group about developing one.

If you're on your own, seek out opportunities to cultivate a relationship with a senior colleague who, over time, could become a sponsor. Take them out to lunch or coffee and start the conversation. Or attend an event that this colleague is organizing. Appreciate that you're not "selling" yourself to that colleague. You're finding opportunity to build on the positive impression he or she already has of you. If no such positive impression exists, they're not a candidate to become your sponsor. Not yet anyway.

Understand that the best sponsor-sponsoree relationships are a two-way street. Don't just think about what your sponsor can do for you, think about what you can do for your sponsor. Maybe he or she would appreciate a line into the personalities and projects at your level in the organization, intel they wouldn't otherwise have access to. Sponsors are an asset to CEOs.  I had a high-performing employee that worked on a project that was coming to an end. Her sponsor recommended to me that she be considered for an opening in a different role that aligned to a professional direction she wanted to be going in that I wasn't aware of. As a result of this sponsorship, I was able to re-deploy that high performer and keep her in the company another three years.

The relationship can be between two people of roughly equal status who typically work in different organizations. Think of it as a friendship with work benefits, e.g., sharing useful connections, scheduling accountability check-ins, etc.

More from Inc.:
4 phrases every entrepreneur has to remove from their vocabulary immediately
How to negotiate a better salary in just 2 simple sentences
The 3 most important things to do before a job interview