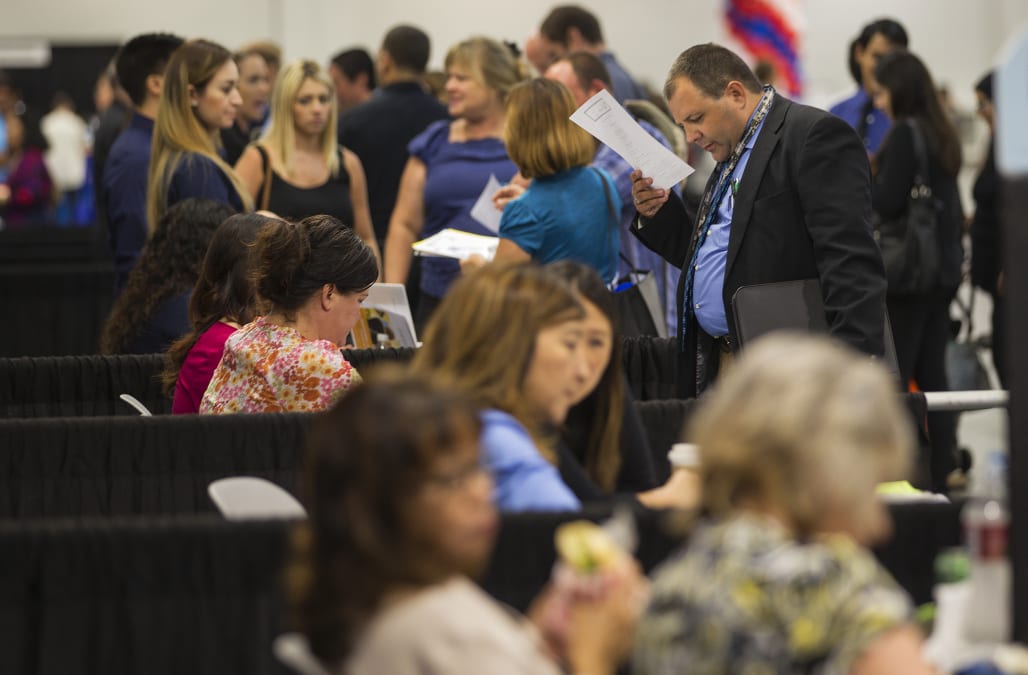 Many Americans have the day off Monday, Nov. 12 to observe Veterans Day and pay their respects to all the men and women who have served our country. In the U.S., there are 20.4 million veterans, about 8% of the population, and close to 5 million are living with disabilities connected to their time on active duty. Despite their disabilities, most are employed as veteran unemployment has ticked down to 2.9% in 2018.

Transferring military skills into a corporate civilian career is not an easy task. But some companies have made outstanding commitments to help with that transition and hire, retain, and support veterans as part of their overall mission. To highlight employers that are giving back to our heroes, Monster.com and Military.com partnered for their fourth annual survey to highlight 2018’s Best Companies for Veterans.

Many of the businesses above are tech companies that support government functions and most on this list have been named in the top 10 for veterans in previous years. Their initiatives to provide on-the-job training, mentorship, and career development stand out above the rest.

RELATED: Take a look at the top cities for retirees:

Top 10 cities where retirees are moving

Waterfront Wonderland is once again a popular destination for retirees. Last year Cape Coral ranked second while this year it ranked ninth. In total Cape Coral gained 949 retirees, with 1,926 immigrating and 977 emigrating.

Cape Coral was also the second-biggest beneficiary of Florida’s growth in retirees. What is interesting is that while a large chunk of Arizona retirees went to the Phoenix metro area, retirees coming to Florida tended to be more dispersed. Overall Florida had the largest gain in retirees but had only two cities crack our top 10.

Gilbert is the final Arizona city to crack our top 10. Like Chandler this city is great for golfers. According to Census Bureau data, there are around 150 golf courses in the area. Retirees can also appreciate how safe Gilbert is. FBI data shows there are only 1,320 property crimes per 100,000 residents.

For the retirees looking to escape the cold, especially those coming from the Northeast, Gilbert is a great option. There are only 16 rainy days per year and the average daily high temperature is 87.

For seniors who love baseball Peoria may be a good spot to settle. The Peoria sports complex is the spring training home of both the San Diego Padres and the Seattle Mariners.

Retirees are coming to Chandler in droves. Census Bureau data shows that 1,718 retirees immigrated to Chandler while only 260 emigrated. One reason they may be coming is the golf. Chandler is one of the best cities in the country for golf, thanks to its hot, sunny weather and abundant golf courses. Of course, the low cost of living and tax benefits Arizona provides probably doesn’t hurt.

Phoenix is the second of five Arizona cities in the Phoenix metropolitan statistical area to crack our top 10. The Valley of the Sun, as far as big cities go, is relatively affordable, especially when it comes to paying for housing. According to data from the Census Bureau, the median monthly housing cost is only $993.

Phoenix actually saw some of the most churn when it came to retirees coming and going. Just over 4,100 retirees left the city while over 5,600 arrived. For both those metrics Phoenix ranked first in the top 10. In fact only Chicago and New York had more retirees emigrate than Phoenix.

New Orleans is something of a surprise inclusion in this year’s top 10 since it did not even crack the top 25 in last year’s study. But it’s not too hard to see the appeal. New Orleans is a warm city on the coast with plenty of cultural activities to enjoy. Another factor attracting retirees may be the famous food scene in New Orleans. Overall the Big Easy saw an increase of 1,520 retirees coming into the area.

Jacksonville is the largest city in Florida and saw a large influx of retirees moving into the city. Overall 1,817 emigrated while 3,761 immigrated, leaving the city for a net gain of 1,944.

One major reason why retirees love Jacksonville, and Florida in general, is how tax-friendly it is. In past studies we found that Jacksonville is the third-lowest taxed city in the country. It is also a good option for retirees who still want to live in the big city but keep costs low. We estimate that the average Jacksonville retiree would need about $62,470 in annual retirement income to live comfortably. That figure is much lower than other big cities.

Mesa is a city in the Phoenix metropolitan area. Last year, Mesa led all cities with a net gain of 2,565 seniors. In this year’s study Mesa also ranked first with just over 3,400 more seniors immigrating to Mesa than emigrating. Mesa is attractive to seniors because of its weather. The sun is almost always out and even in the dead of winter, it never gets that cold. The average low in December, for example, is only 40 degrees.

The top 10 employers were identified by a panel of veteran hiring experts by Monster.com and Military.com. In addition to this ranking, 300 veterans were tapped for Monster’s 2018 Veteran Hiring Survey. The results found there was a communication gap when it came to translating their military skills into civilian jobs, and that a third of veterans still feel underemployed today.

Jeanie Ahn is a senior reporter and producer at Yahoo Finance, covering personal finance and women in business. Reach out by email jeaniea@oath.com. Follow her on Twitter.

More from Yahoo Finance:
4 tips for enrolling in Obamacare plans for 2019
A third of borrowers are spending more on student debt than on rent
Sending multiple kids to college? Plan strategically to cut costs