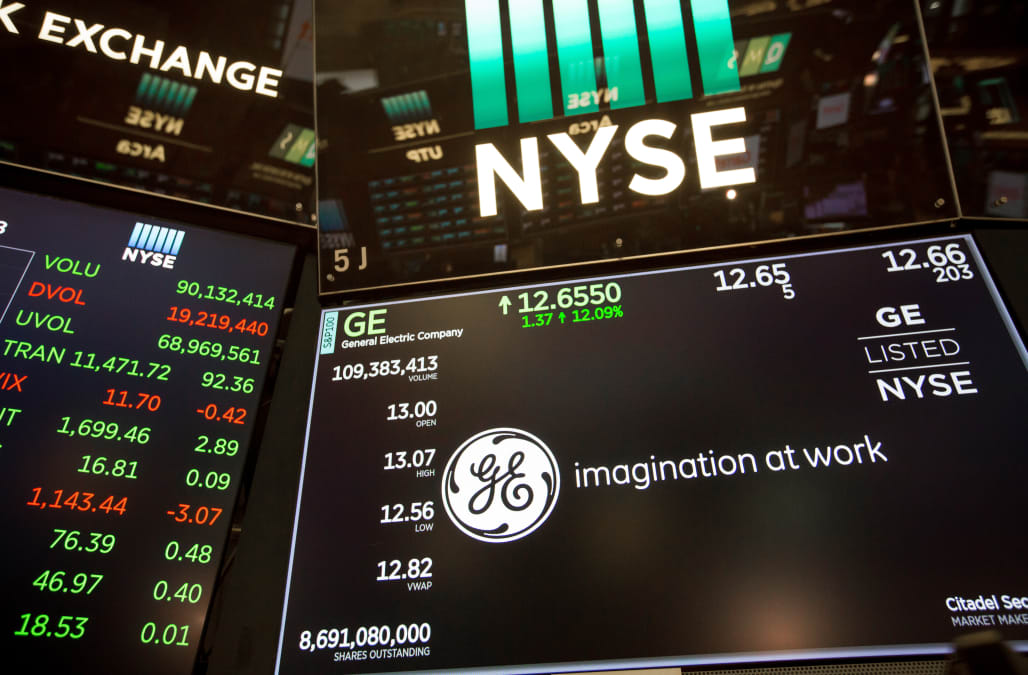 General Electric was getting slammed Friday, down more than 9%, after JPMorgan slashed its price target to $6, the lowest on Wall Street. Shares Friday morning were trading at $8.15 apiece, their lowest level since March 2009.

"The outcome of GE results was worse than expected on almost all fronts," Stephen Tusa, an analyst at JPMorgan, said about the company's third-quarter earnings.

"While liquidity is certainly debatable, we believe this is not really about liquidity, it's about a deterioration in run rate fundamentals."

RELATED: Check out the top companies of 2018, according to LinkedIn:

According to Tusa, in the worst case, GE will have $100 billion in liabilities and zero enterprise free cash flow even after slashing its dividend to a penny when it reported its third-quarter results.

In that quarterly report, GE took a $22 billion write-down to its struggling power business, which it said was being investigated by both the Securities and Exchange Commission and the Department of Justice.

When GE first announced the goodwill charge in October, along with the promotion of a new CEO, Lawrence Culp, shares rallied by more than 20% as investors looked past the company's lagging power business, price-cost pressures compounded by US-China tariffs, and behind-schedule deliveries of its LEAP engine. The stock has since sunk to new lows.

"The recent pull back seems capitulatory, but the brief share price increase prior to this on a new CEO, along with sell side upgrades adding to the positive shift in sentiment, still pointing to $1 in EPS potential, did not reflect what we now know around the numbers," Tusa said.

Shares are down 54% this year.

Now read: GE slashes its dividend to a penny, says the SEC and the DOJ are investigating its power-business charge

More from Business Insider:
'We all are a big family': Survivors of the Las Vegas shooting were reportedly at the Thousand Oaks shooting
Earnings season has been unusually terrible for many companies — here's what investors are rewarding and how to get in on the action
JPMORGAN: A massive universe of investors is still loaded up on stocks — here's why that could mean the worst of the sell-off is yet to come