Walmart is doing Black Friday the earliest in its history 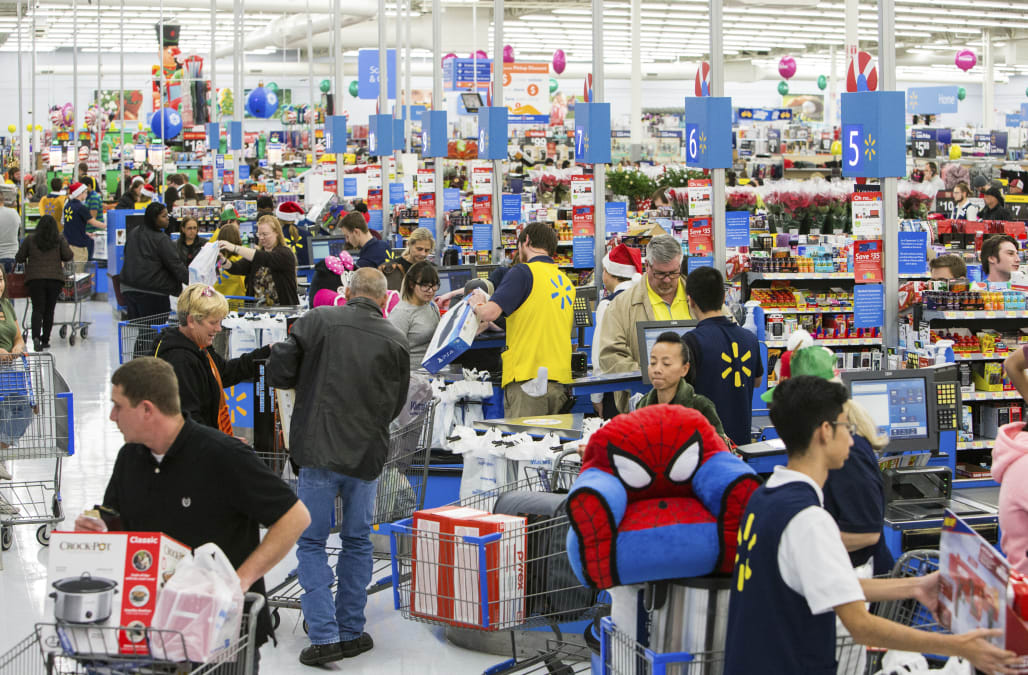 Walmart (WMT) will kick off its Black Friday shopping holiday earlier than ever.

Black Friday, viewed as the “Super Bowl of retail,” will start online at 10 p.m. ET on Wednesday, two hours earlier than previous years. Meanwhile, the in-store event will begin at 6 p.m. local time on Thanksgiving Day.

“We really love Black Friday. It is the biggest shopping and the best shopping day of the year,” said Walmart’s chief merchandising officer Steve Bratspies during a phone call with reporters.

To lure customers in-store, Walmart will aim to create a more convenient experience by offering a Black Friday version of its store map in the Walmart app directing shoppers to the location of the top deals. Walmart will also ease some of those holiday checkout lines with its new Check Out With Me associates stationed in departments with handheld devices.

RELATED: Take a look at confessions from Black Friday workers:

The deals are usually the same all day

"You're stupid if you think waiting in line at midnight means you're going to get a better price than waiting a few hours and coming later."

And they tend not to be that great

"Honestly, none of the discounts are worthwhile. A majority of the time, sale electronics are last year's or older models."

Shoppers wait in line to pay for their purchases during the kick-off of the 'El Buen Fin' (The Good Weekend) holiday shopping season, at a Walmart store in Monterrey, Mexico, November 17, 2017. REUTERS/Daniel Becerril

"Don't harass employees about out of stock items or to 'let you in' on some 'special' deal you think we're hiding. We don't have the authority nor the magical savings wand to grant you that already half-off coffee maker even cheaper."

Wash all new purchases when you get home

"There's a good chance the clothes you just bought have been worn by upwards of 30 people."

Don't fall for stores' tricks to get you to spend more

"At higher end stores, don't fall for the freebie Prosecco or Pellegrino. Stores just want to keep you in there longer so you'll spend money."

This isn't the only trick stores use to get you to spend more during the holiday season.

"The stores are really desperate for your business, and will stop at nothing to upsell you.

"Where I worked, HQ would set next-to-impossibly high sales goals that each store was responsible for hitting. We were instructed that once we had someone on the line with money to spend, to 'keep her naked' in the dressing room and constantly bring her different colors, accessories, shoes, jewelry, Pellegrino, the works. The idea was that the more she tried on, the more you told her it look great, the more she'd spend."

"Don't complain that you don't like the color of something to me or ask why the company no longer carries or makes a specific thing. I have literally no control over that."

Be nice or pay the price

"Black Friday shoppers tend to bang on doors, assuming that if they cause enough chaos, they will be allowed in.

"Banging on the door will make all of us hate you. As in, if there is a chance to make your shopping experience a little more difficult via small, passive aggressive actions, we will do it. Think $50 and $100 bill checks, 'a slow register', and 'Aw, we just ran out of gift wrapping.'

"All I can offer is, be nice. No one chooses to work the day after Thanksgiving."

Retailers should reconsider opening on Thanksgiving

"Stop opening the stores on Thanksgiving. It's ridiculous."
Up Next

“The TVs are always a big hit on Black Friday, and I’m really proud of our assortment this year,” Bratspies said.

“We feel like we are advantaged from our inventory position to serve more customers than the competition,” Bratspies said. “That said, I doubt we’ll have a lot of product from the event sitting around midday Friday. Usually, it goes relatively quickly, within the first hour to two hours the majority of it goes. I wouldn’t expect this year to be any different.”

For shoppers arriving at stores between 4 and 6 p.m., Walmart will hand out 4 million cups of coffee from Keurig (KDP) and 2 million Christmas cookies from its bakery.

And for those who can’t wait for Black Friday, Walmart just rolled out 18 deals on its website, including items such as a Sharp 55” Class 4K Ultra HD HDR Smart LED TV for $299, a price drop of $200.99, and a Farberware Oil-Less Fryer for $39, a discount of $10.99. Walmart also published its circulars for deals online and in-store.

Store Associates working on Thanksgiving and Black Friday will be given a free dinner and a 15% discount off an entire basket of goods on a shopping day of their choice, on top of the normal 10% they’re given.

Julia La Roche is a finance reporter at Yahoo Finance. Follow her on Twitter. Send tips to laroche@oath.com

More from Aol.com:
Robyn Denholm to replace Elon Musk as Tesla chair
Vice Media is cutting its staff by up to 15% amid missed revenue and a traffic slump
Michael Kors is in danger of getting 'lost in a sea of 'stuff'"