After Trump forces his resignation, Jeff Sessions is still worth millions 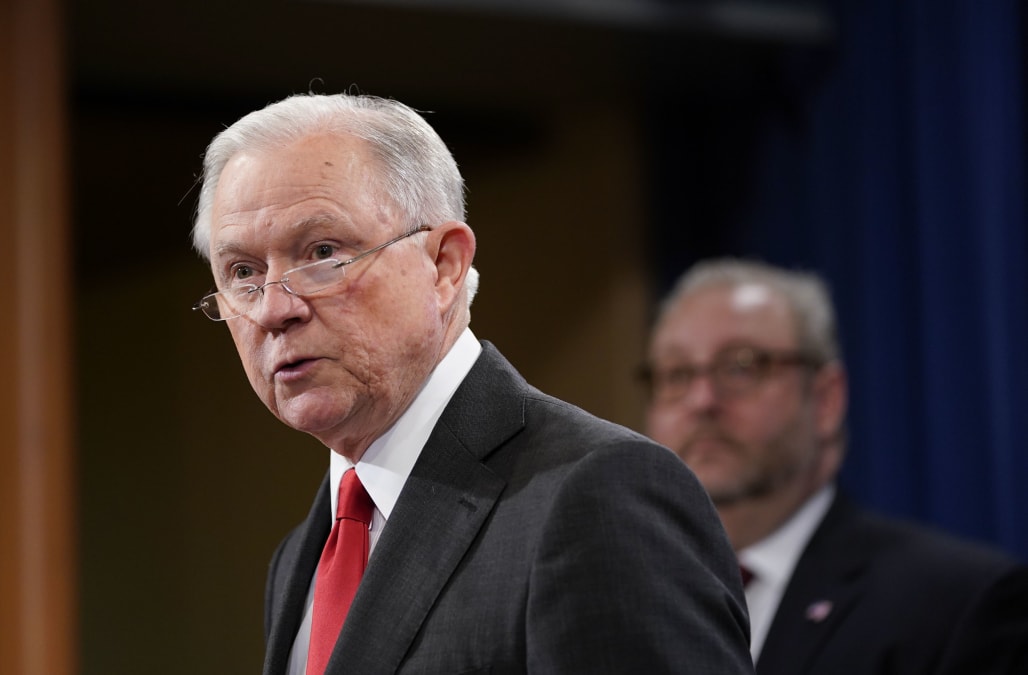 Attorney General Jeff Sessions resigned from his position on Wednesday, Nov. 7. Sessions appeared to have stepped down due to mounting pressure from President Donald Trump, related to the ongoing investigation that’s being led by special counsel Robert Mueller in regard to Russian interference in the 2016 election. Sessions’ withdrawal comes fresh off the heels of a highly contested, and very expensive, midterm election.

Matthew Whitaker will take over as acting attorney general and is expected to take charge of the Russia investigation and Mueller from Deputy Attorney General Rod Rosenstein, reported CNN.

....We thank Attorney General Jeff Sessions for his service, and wish him well! A permanent replacement will be nominated at a later date.

A controversial figure — allegations of racism have trailed Sessions’ appointment since before he was sworn in in February 2017 — in an administration full of controversy, here’s a closer look at the former Trump cabinet member’s finances and net worth.

RELATED: Take a look at the U.S. Representatives with the lowest net worths:

US Representatives with the lowest net worths in Congress - 2018

Senator Tim Scott has been serving South Carolina since 2013. The Republican lawmaker previously represented the state in the House from 2011 to 2013, and he’s up for re-election in 2022.

Scott’s net worth was calculated based on assets that can help his net worth estimated at $200,000 and liabilities of $800,000. A current breakdown of his financial situation wasn’t available, but his 2015 financial disclosure report posted on OpenSecrets.org listed assets including two residential rental properties, insurance policies and annuities and several mutual funds. At the time, his liabilities stemmed primarily from three mortgages.

Engel’s net worth is based on assets estimated at $100,000 and liabilities of approximately $700,000. His assets include money in several bank accounts and multiple government bonds, according to his 2016 financial disclosure report posted on OpenSecrets.org. Two mortgages were listed as liabilities, along with $10,000 to $15,000 in credit card debt and a line of credit worth $100,001 to $250,000.

Representative Mike D. Rogers has been serving Alabama’s third district since 2003. The Republican is up for re-election in 2018, which could cause him to make influential political news headlinesthis year.

Rogers’ net worth is based on approximately $900,000 in assets and roughly $1.5 million in liabilities. A breakdown of his current financial situation isn’t available, but his 2015 financial disclosure report obtained by OpenSecrets.org revealed his assets are largely from checking, savings and retirement accounts. Two mortgages were listed as his sole liabilities.

Representative Dennis A. Ross served Florida’s 12th district from 2011 to 2013 and has served the state’s 15th district since 2013. The Republican is up for re-election in 2018, so expect to hear his name in election news coverage.

Despite representing a state without a lot of debt compared to others, Ross’ net worth is based on an estimated $1.5 million in assets and liabilities totaling approximately $2.1 million. His assets include a rental property and a capital gains loan worth $500,000 to $1 million, according to his 2016 financial disclosure report posted on OpenSecrets.org. Liabilities listed include two mortgages and four additional loans for a motor home, travel trailer, truck and tractor.

(US House of Representatives / Wikimedia Commons)

Democrat Christopher Murphy has served as a Connecticut senator since 2013. Before that, he represented the state’s 5th district in the House from 2007 to 2013. He’s up for re-election in 2018.

Murphy’s net worth is based on assets estimated at $100,000 and liabilities of $800,000. A breakdown of his current financial situation isn’t available, but his 2014 financial disclosure report obtained by OpenSecrets.org revealed his assets were held in bank accounts, mutual funds and retirement accounts. His liabilities consisted of a mortgage and two student loans, valued at $15,001 to $50,000 each.

Also See: The Most Expensive Races in the 2018 Elections

Representative Emanuel Cleaver has been serving Missouri’s 5th district since 2005. The Democrat is up for re-election in 2018.

Cleaver’s net worth is based on an estimated $500,000 in assets and $1.3 million in liabilities. His assets include a mix of bonds, mutual funds, insurance policies and annuities, according to his 2016 financial disclosure report posted on OpenSecrets.org. Liabilities listed consist of a mortgage, student loan, installment loan and a personal liability with a minimum value of $1 million.

Republican Todd Young has been an Indiana senator since 2017. He previously served the state’s 9th district in the House from 2011 to 2017. Young will be up for re-election in 2022.

His net worth includes an estimated $100,000 in assets and $900,000 in liabilities. His assets consist of college savings plans — he has four children — a retirement fund and bank accounts, according to his 2015 financial disclosure report posted on OpenSecrets.org. Liabilities include a mortgage and debt on two credit cards totaling $15,001 to $50,000 each.

Representative Debbie Wasserman Schultz has been serving Florida’s 23rd district since 2013. The Democrat previously represented the state’s 20th district from 2005 to 2013. She’s up for re-election in 2018.

Her net worth is based on estimated assets of $100,000 and approximately $1.3 million in liabilities. A breakdown of her current financial situation is not available, but her 2015 financial disclosure report — posted on OpenSecrets.org — revealed the bulk of her assets consist of stocks and savings plans for her three children. Liabilities include multiple mortgages, lines of credit, credit card accounts and a home improvement loan.

Find Out: The Money Behind Donald Trump’s Cabinet and Advisors

Democrat Alcee Hastings has represented Florida’s 20th district in the House since 2013. He previously served the state’s 23rd district from 1993 to 2013. Hastings is up for re-election in 2018.

His net worth was calculated based on zero assets and $2.4 million in liabilities. One of the poorest members of Congress, his liabilities include a mortgage estimated at $100,001 to $250,000 and the rest in legal fees, according to his 2015 financial disclosure report, which was obtained by OpenSecrets.org.

Previously a U.S. District Judge in Florida, Hastings was convicted of bribery and impeached in 1989. This caused him to rack up more than $2.5 million in attorneys’ fees, according to a 1993 article in the Sun-Sentinel newspaper.

Republican David Valadao was elected to serve California’s 21st Congressional District in 2012. He’s been at work representing the district since 2013, and he’s up for re-election in 2018.

Of all the members of Congress, Valadao is the poorest. His net worth is based on assets of $2 million and $19.5 million in liabilities.

Also a dairy farmer, his assets include a $2 million stake in the family farm, according to his 2016 financial disclosure report, which was posted on OpenSecrets.org. His extensive liabilities were caused by financing for feed, equipment and land for the business.

Click through to discover the financial perks you get if you become president.

It’s hard to pin down Jeff Sessions’ net worth. OpenSecrets lists his net worth at around $7.5 million as of 2015. Meanwhile, a July 2017 Forbes exposé put his net worth at $6 million. The U.S. attorney general receives a salary of $210,700, according to a report by Chron. Sessions held his post since February 2017, which means he earned approximately $368,725 during his tenure with the Trump administration.

Most of Sessions’ wealth comes from real estate and investments, according to OpenSecrets. His most valuable asset appears to be a piece of land valued between just over $1 million to $5 million. Forbes adds that he owns more than 1,500 acres in western Alabama, and puts the value over $2.5 million. The majority of Sessions’ investments appear to be mutual funds held by Vanguard or Alabama-based government bonds.

Related: How Jared Kushner Built a Fortune Worth Nearly 3 Times That of Trump’s Kids

President Ronald Reagan nominated Sessions for a seat as federal judge in 1986, which would’ve been a step up from working as a U.S. attorney in his home state of Alabama. However, he was rejected from the appointment due to charges of racism and bigotry, though he’d later make up for it by assuming the highest judicial appointment in America. He represented Alabama in the Senate for some time, winning his first term in 1996 and being re-elected in 2002, 2008 and 2014. Sessions was one of Trump’s earliest, most ardent supporters before his likely forced resignation in November 2018.

Click through to read more about how much Trump’s White House staff makes.