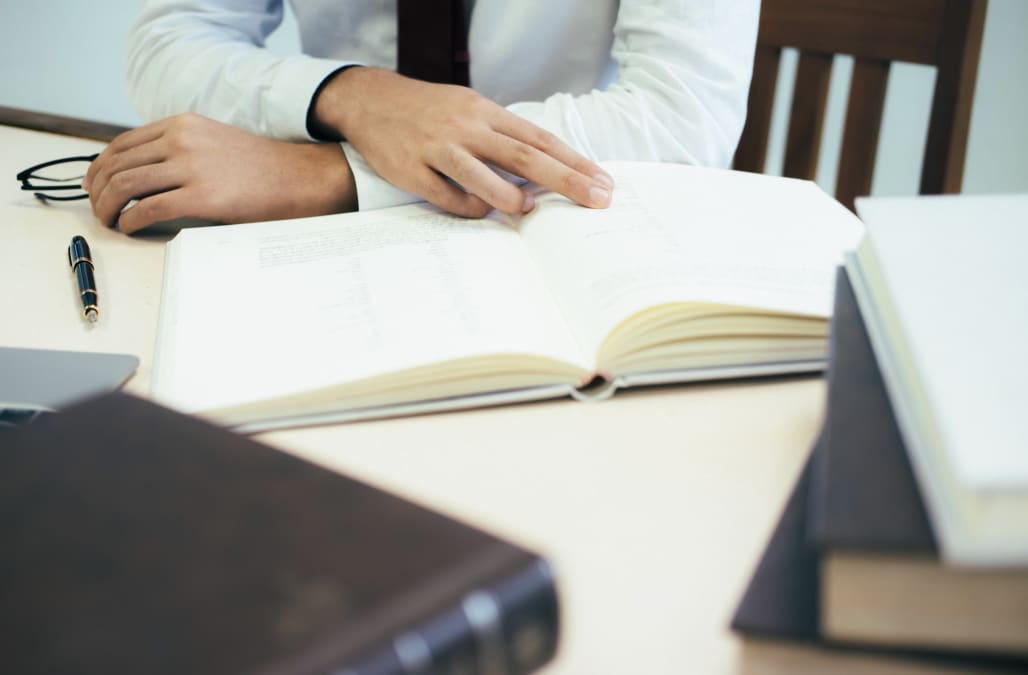 We've got you covered.

We polled our Rising Stars of Wall Street for the books they swear by for wisdom, business strategy, and career inspiration.

Here are 10 recommendations we received.

Subscribe to read our full list of the Rising Stars of Wall Street shaking up investing, trading, and dealmaking »

"Bad Blood: Secrets and Lies in a Silicon Valley Startup" by John Carreyrou

"Theranos founder Elizabeth Holmes was a few years ahead of me at Stanford. It's one of the greatest diligence misses of all time. As you think about that as investor, there are a lot of lessons to be learned."

"A Journal for Jordan: A Story of Love and Honor" by Dana Canedy

"Because I have children, it really resonated with me. The book is basically a journal that a man wrote for his son while he was in the military, and he ended up dying in Iraq. He left this journal for his son to help him live his life; it offers him lessons for his life as he grows up.

"Reading takes you away from your day-to-day, and it gives you the ability to be in a different environment or setting and lets you be creative a little bit."

"I am a little biased because I started my career at Citigroup, which is formerly Salomon Brothers. I also recommend 'Panic!' by Michael Lewis, and I generally like all the 'Market Wizards' series, which are helpful in knowing what fits your trading style and what doesn't."

"His work has had, and continues to have, a profound impact on our industry and country."

"The Outsiders: Eight Unconventional CEOs and Their Radically Rational Blueprint for Success" by William Thorndike Jr.

"The book best represents how I think about investing and also articulates the success stories and habits of the best CEOs of the 20th century."

"It can be read as a charming children's book or as one of the most insightful and poignant stories on human nature, relationships, and what is important in life. And it is wonderfully brief!"

"I recently read 'Shoe Dog,' which is Phil Knight's autobiography and the story of how he founded Nike. I chose it because our firm is, in some respects, a startup, as we are launching new lines of business and building upon others, and I wanted to learn about an entrepreneur's success story. Nike certainly had some difficult and existential issues in its early years, and the book was a good reminder about the importance of perseverance and believing in the value of one's work."

"I chose the 'Harry Potter' series because it sparks your imagination and creativity, which I believe are critical to being an effective investor. And, of course, they're very entertaining books!"

"'Flash Boys' was a prime example of how technological innovation and forward-thinkers can reshape an entire industry. In 'Flash Boys,' novel computer algorithms and communications networks caused both market structure and behavioral changes to the trading industry.

"Similarly, today we're experiencing the confluence of cryptography, blockchain technology, and distributed systems, which are meaningfully challenging preconceived notions of not just the financial industry but what constitutes money. From my seat at Grayscale Investments (a subsidiary of Digital Currency Group), rather than reading about technological innovation and the forward-thinkers leading that charge, I am fortunate to have the opportunity to be one of them."

"The Sound and the Fury" by William Faulkner

"While not the most uplifting of books, Faulkner always sheds light on present topics and challenges we face through a different setting than we'd encounter today. In an age where the market continues its euphoria — though arguably not in the last few weeks — 'The Sound and the Fury' provides a stark contrast of a different time, which is forgotten too easily today."

"Fooling Some of the People All of the Time," by David Einhorn

"It is an interesting read, and I enjoy how David Einhorn seems so relentless when he believes in something."

More from Business Insider:
Former Bills quarterback rips Nathan Peterman for constant interceptions, suggests he kept his job because he's white
'Venom' gives Sony an edge over Disney in its fight to keep Spider-Man, according to industry experts
Kanye West says his favorite restaurant is McDonald's, but he bought the rights to open locations of 2 other fast-food burger chains (MCD)