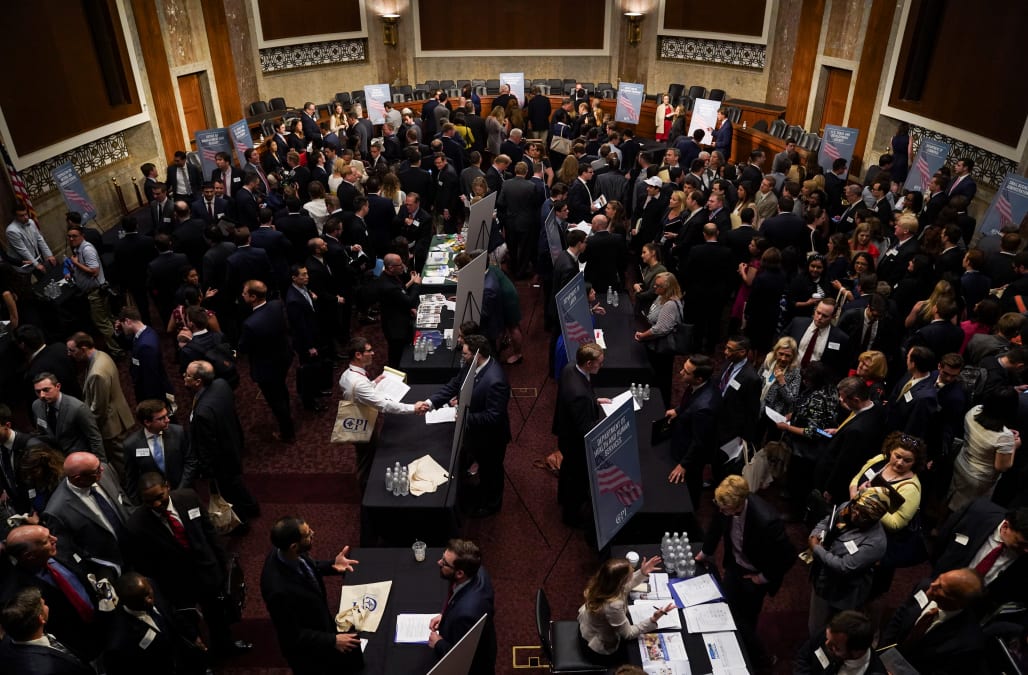 The Labor Department’s closely watched monthly employment report on Friday also showed the unemployment rate steady at a 49-year low of 3.7 percent even as more people entered the labor force, in a sign of confidence in the jobs market.

Nonfarm payrolls increased by 250,000 jobs last month as employment in the leisure and hospitality sector bounced back after being held down by Hurricane Florence, which drenched North and South Carolina in mid-September.

There were also big gains in manufacturing, construction and professional and business services payrolls. Data for September was revised to show 118,000 jobs added instead of the previously reported 134,000.

Economists polled by Reuters had forecast payrolls increasing by 190,000 jobs in October and the unemployment rate unchanged at 3.7 percent. The Labor Department said Hurricane Michael, which struck the Florida Panhandle in mid-October, “had no discernible effect on the national employment and unemployment estimates for October.”

Firming wages support views that inflation will hover around the Fed’s 2.0 percent target for a while. The personal consumption expenditures price index excluding the volatile food and energy components has increased by 2.0 percent for five straight months.

The Fed is not expected to raise rates at its policy meeting next week, but economists believe October’s strong labor market data could see the U.S. central bank signal an increase in December. The Fed raised borrowing costs in September for the third time this year.

Employers, scrambling to find qualified workers, are boosting wages. There are a record 7.14 million open jobs.

The prospect of interest rates rising faster than financial markets anticipate has roiled the U.S. stock market, and Friday's robust report could renew the selling on Wall Street. The Standard & Poor's 500 index .SPX dropped 6.9 percent in October, the biggest decline in seven years.

Employment gains have averaged 218,000 jobs per month over the past three months, double the roughly 100,000 needed to keep up with growth in the working-age population.

That is seen supporting the economy through at least early 2019 when gross domestic product is expected to significantly slow as the stimulus from the White House’s $1.5 trillion tax cut package fades.

Last month, employment in the leisure and hospitality sector increased by 42,000 jobs after being unchanged in September. Retail payrolls rose by only 2,400, likely restrained by layoffs related to Steinhoff’s Mattress Firm bankruptcy as well as some store closures by Sears Holdings Corp.

Manufacturing employment increased by 32,000 jobs in October after adding 18,000 positions in September. Job gains in the sector, which accounts for about 12 percent of the U.S. economy, could slow after a survey on Thursday showed a measure of factory employment fell in October.

Construction companies hired 30,000 more workers in October. Jobs in the sector have been increasing despite weakness in the housing market. Government payrolls rose by 4,000 jobs in October.

More from Aol.com:
Why Trump’s popularity is ticking up
US job openings hit record high of 7.14 million
Sears has filed for Chapter 11 bankruptcy