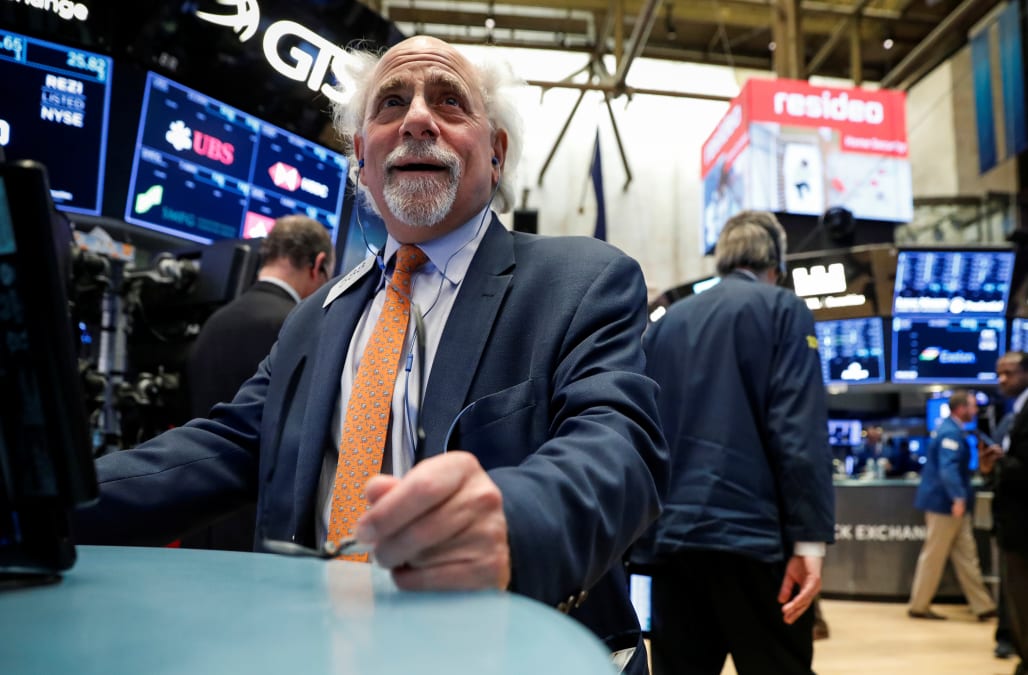 The S&P 500 has been in a correction, meaning that it has fallen 10% from its high. But Deutsche Wealth Services’ David Bianco believes that we could see a sharp rebound – assuming the US economy doesn’t go into recession from here.

“S&P 500 corrections are usually caused by recession fears, or profit recessions, excessive valuations or problematic inflation,” Bianco said in a note to clients on Tuesday. “When corrections aren’t followed by recessions the average S&P gain six months later is 18.5%, since 1957. We do not expect a recession in 2019, nor a decline in S&P earnings per share (EPS). We view the S&P as now at a 5%+ discount to immediate fair value and we expect inflation to stay near 2% in 2019.”

President Donald Trump took to Twitter Tuesday to weigh in on the recent sell-off ahead of next week’s midterm elections, linking a Democratic win to stock market declines.

“The Stock Market is up massively since the Election, but is now taking a little pause – people want to see what happens with the Midterms,” Trump wrote in the post. “If you want your Stocks to go down, I strongly suggest voting Democrat. They like the Venezuela financial model, High Taxes & Open Borders!”

Trump quoted Wells Fargo’s Scott Wren in a subsequent post and wrote, “If the Fed backs off and starts talking a little more Dovish, I think we’re going to be right back to our 2,800 to 2,900 target range that we’ve had for the S&P 500.”

Trump has continued to assail the Federal Reserve over its increasingly hawkish monetary policy decisions. The central bank raised interest rates three times this year and is widely expected to hike rates again in December.

Trump plans to sign an executive order that would remove citizenship rights for children of non-citizens and unauthorized immigrants born in the US, he said Monday in an interview for “Axios on HBO.” Trump added that he has discussed the idea of terminating birthright citizenship with his counsel. The move would likely drum up legal challenges for courts and constitutional debate over the 14th Amendment.

STOCKS: GE slashes its dividend, Under Armour gets a boost on international sales

General Electric (GE) cut its quarterly dividend to one penny per share from 12 cents previously starting in 2019, the company said Tuesday. This marks the second dividend cut this year for the company and was GE’s first earnings report under new Chairman and CEO Larry Culp. The move will help free up cash for the company and will save GE about $3.9 billion per year. Shares of GE fell 8.78% to $10.18 per share as of market close Tuesday.

The Coca-Cola Company (KO) reported quarterly sales and profit that exceeded Wall Street’s expectations, buoyed by improved sales from lower-sugar beverages including water and diet sodas. Adjusted earnings came in at 58 cents per share on revenue of $8.25 billion, versus consensus estimates of 55 cents per share on revenue of $8.17 billion. Coca-Cola’s unit case volume – a key metric pointing to the amount of product sold – rose 2% from the year-ago quarter. The stock rose 2.5% to $47.62 per share at the end of trading Tuesday.

Under Armour (UA) reported quarterly results that topped expectations, delivering adjusted earnings of 25 cents per share versus 12 cents anticipated, and revenue of $1.44 billion versus consensus estimates of $1.42 billion. The athletic apparel maker  – which competes with other players including Nike, Adidas and Lululemon – saw a jump in overseas sales even as the company continues to grow its domestic business. The company raised its full-year outlook to earn between 19 and 22 cents per share, from between 16 and 19 cents per share previously. Shares of Under Armour rose 24.75% to $20.97 Tuesday.

The Conference Board’s Consumer Confidence index ticked up in October after improving in September. The headline index registered at 137.9 for October, up from 135.3 in the month prior. This exceeded consensus estimates of a 135.9 reading for October. The Present Situations Index tracking consumers’ sentiment about current business and labor market conditions improved to 172.8 from 169.4, while the Expectations Index increased to 114.6 from 112.5.

“Consumers’ assessment of present-day conditions remains quite positive, primarily due to strong employment growth,” Lynn Franco, Senior Director of Economic Indicators at The Conference Board, said in a statement. “The Expectations Index posted another gain in October, suggesting that consumers do not foresee the economy losing steam anytime soon. Rather, they expect the strong pace of growth to carry over into early 2019.”