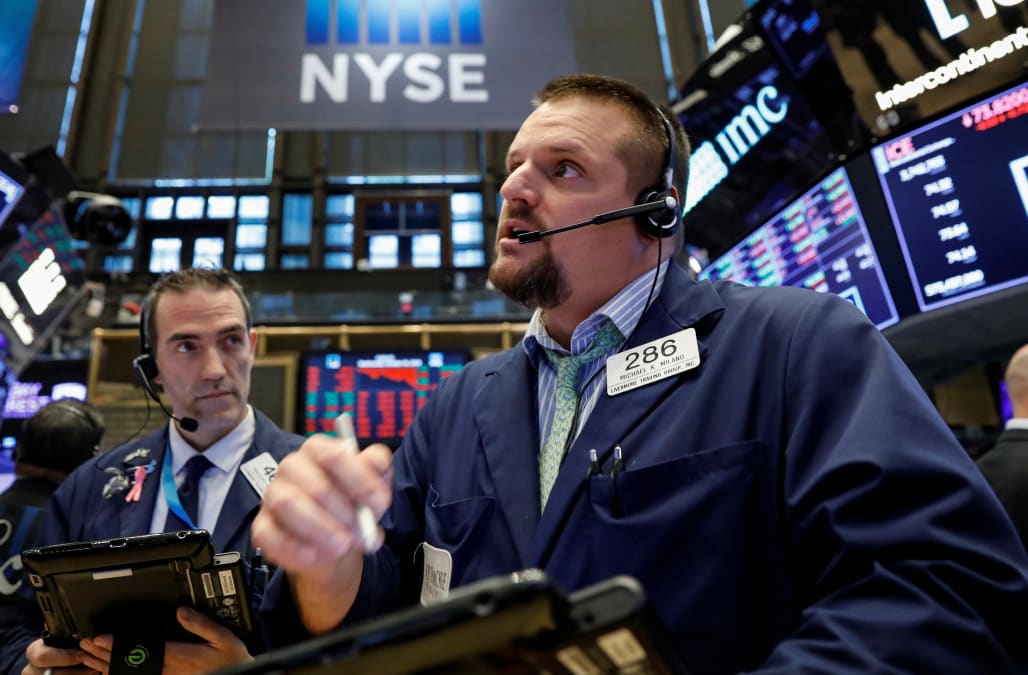 A stronger-than-expected first estimate of economic growth did little to help indices pare losses, with an advance reading of gross domestic product registering above consensus expectations.

The US economy grew at an annualized rate of 3.5% during the third quarter of2018, according to first estimates released Friday from the Bureau of Economic Analysis. This represented a slowdown from the 4.2% pace of growth in the previous period but came in above consensus expectations of a 3.3% rate anticipated by economists. The Trump administration has set a target rate of 3% growth for the US economy.

“Overall the data suggest a modest deceleration after a very strong Q2, with the slowdown led, as expected, by the net export category, with a rebound in inventories countering some of that,” Dave Lutz, an analyst with JonesTrading Annapolis, wrote in a note Friday.

Growth in personal consumption expenditures contributed to the higher-than-expected reading for GDP. Consumer spending, comprising a majority of economic activity, grew at a pace of 4%, or its highest level since 2014. This exceeded the 3.3% pace expected by economists and 3.8% rate from the second quarter.

The personal consumption expenditures index, a measure of underlying inflation, registered at 1.6% quarter-over-quarter, a decrease from the second quarter’s reading of 2.1%. Consensus estimates had been for 1.8%.

The University of Michigan’s reading for consumer sentiment weakened to 98.6 for October from 100.1 in September, coming in slightly short of estimates of a reading of 99. The current economic conditions gauge capturing Americans’ perceptions of their own finances fell to 113.1 from 115.2 in September.

The headline sentiment index has been higher so far in 2018 than in any year since 2000, Richard Curtin, Surveys of Consumers chief economist, noted in the release.

“Importantly, stock price declines, rising inflation and interest rates, and the negative mid-term election campaigns, have not acted to undermine consumer confidence,” Curtin said. “Needless to say, consumers are not immune to these negative factors. The data only indicate that the tipping point toward escalating pessimism has not been reached.”

Google-parent company Alphabet (GOOG) beat on earnings but fell short of average analyst expectations for revenue in its quarterly report Thursday. Earnings came in at $13.06 per share versus consensus estimates of $10.42 per share, while revenue registered at $33.7 billion against expectations of $34.04 billion. Google’s advertising business continued to comprise the largest chunk of the company’s revenue, coming in at 85.8% in the third quarter. Shares of Alphabet fell 4.43% to $1,047.03 each of 9:33 a.m. ET.

Amazon (AMZN) missed on revenue in the third quarter and lowered its guidance for the current period, sending shares tumbling. The e-commerce company delivered revenue of $56.6 billion, less than the $57.10 billion foreseen by consensus estimates. This marks the second consecutive quarter of the internet company missing on sales. Earnings were $5.74 per share versus $3.14 estimated. The company gave revenue guidance for its key fourth-quarter holiday period of $66.5 billion to $72.5 billion, beneath consensus estimates of $73.79 billion. Amazon’s stock fell 9.41% to $1,614.44 per share as of 9:33 a.m. ET.

Ark Invest CEO: Tesla ‘is a replay of Apple’