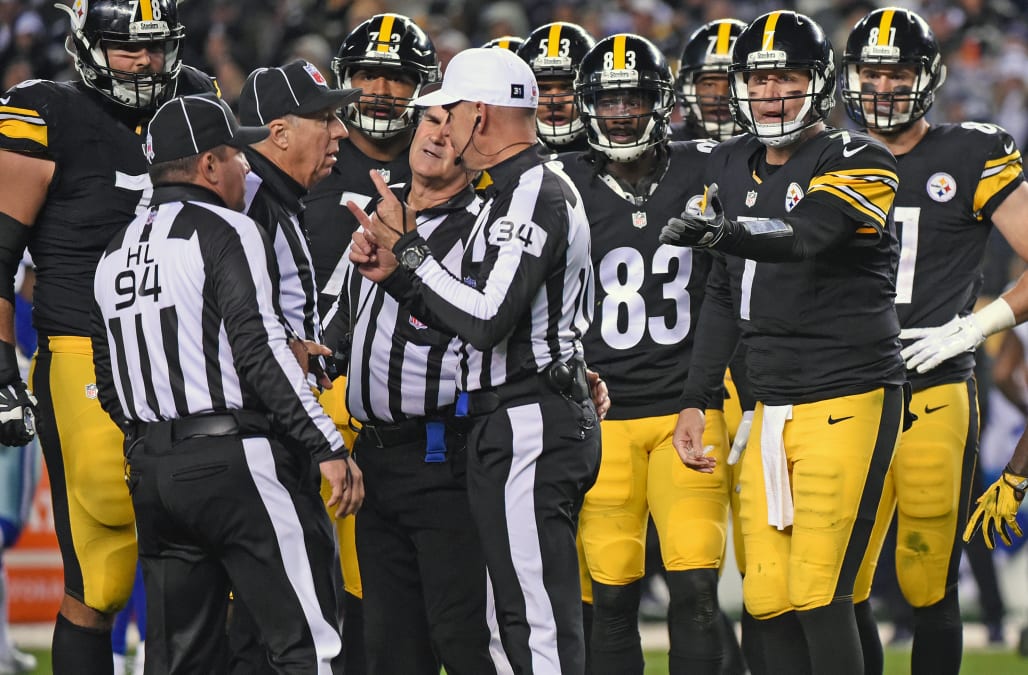 For the first time in the Super Bowl era, the NFL has fired a referee in the middle of a season.

Down judge Hugo Cruz was fired for not “maintaining a very high level of performance over a sustained period,” according to Football Zebras. One of Cruz’s more notable missed calls came in a Week 6 Chargers-Browns game, when Cruz failed to call a false start on San Diego’s Russell Okung:

The Browns relaxed in anticipation of a flag, and Philip Rivers found Tyrell Williams for a 29-yard touchdown. That put the Chargers up 21-3, and Los Angeles went on to win 38-14.

RELATED: NFL players who have been traded this season

NFL players who have been traded this season

Cruz was in his fourth year as an official and second as a down judge. Per Football Zebras, he officiated the following games this season:

The NFL has fired two other referees in the past decade, one for undisclosed off-field issues and another for poor performance. The league also attempted to fire eight officials in 2003, but the referees’ union managed to get most of them rehired or reassigned.

The firing of Cruz will no doubt send a message to the rest of the league’s referees, many of whom have come under criticism for missing or botching calls. Will this inspire better referee work, or more conservative officiating?