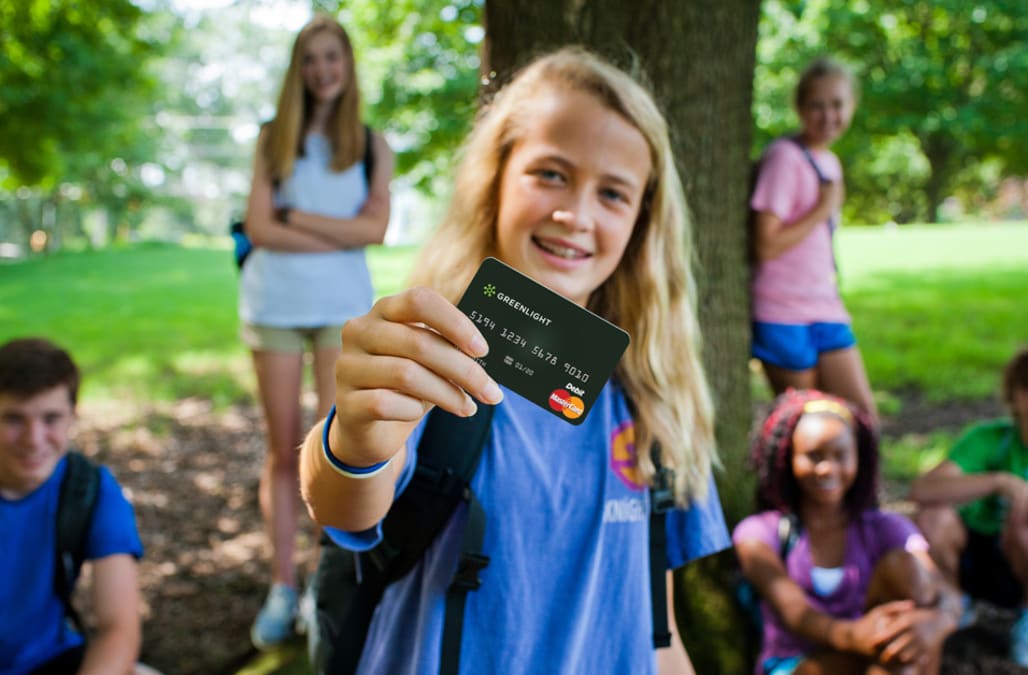 As parents, you can’t control every decision that your child makes -- it's simply a fact.

But in lieu of exerting complete control, you can teach your kids lessons, strategies and instill morals within them to help them towards making the best decisions possible when it comes to major life choices and areas — one of the biggest of these being personal finance.

Imagine if there was a way to do both — to teach your kids true monetary value and smart decision making when it comes to spending and saving, while also being able to enact some semblance of control over their financial behavior?

Thanks to Greenlight, the world’s first debit card for kids, this has become a possibility.

Here’s how it works — parental controls on the debit card account allow parents to allocate how much money is being spent and where exactly it’s going to.

The technology works — the card has helped families across the U.S. save over $2 million since 2017 and increase saving faster than three times the national average, according to company reports.

We sat down with Greenlight CEO Tim Sheehan to get the scoop on the card, the stats and the highly-anticipated launch of the company’s newest endeavor, Greenlight 2.0.

AOL Finance: Where did the idea of Greenlight stem from? Was it something that came more from personal experience or a need you saw in the market?
Tim Sheehan: I have four kids so there were many times when one of our kids needed money (e.g., to go to the movies with friends, school field trips, traveling with sports teams, etc.), but my wife and I weren’t carrying cash as frequently as we used to because we were making all of our purchases with our debit cards and credit cards. I thought there has to be a better way than rushing out to an ATM at the last minute. Not to mention, cash can be lost and we don’t have any insight into where it is spent. We surveyed 2,000 parents nationwide and learned that most of them were facing the same problem. So, we created Greenlight – a debit card for kids that parents manage from their phones – to solve that problem in the market. Speaking with parents led to Greenlight’s mission: to help parents raise financially-smart kids.

AOL: How does the technology work — walk us through how a parent would set up their card for their child?
TS: It’s pretty simple: you download the Greenlight app from the Apple or Google app store and sign up in the app; it takes only about 2 minutes. (You can also sign up at our website: www.greenlightcard.com.) After you sign-up, we mail your kids’ Greenlight Cards to you. You can get Greenlight Cards for up to 5 kids. Parents load money (using their bank account or debit card) into their Greenlight Parent’s Wallet. After that, they can instantly move money to any of their kids’ cards. WithGreenlight, parents can:

AOL: Are there a limited number of stores/businesses that Greenlight can be used with or can parents set it up to work everywhere?
TS: Parents get to decide – parents can set a specific amount of money that their child can spend at a specific store and/or the parent can choose an amount that their child can “Spend Anywhere.” Also, Greenlight Cards work in more than 120 countries around the world.

AOL: What are some of the most popular types of stores/businesses that parents allow their children to spend their money at while using Greenlight?
TS: There is a lot of spending at restaurants like Chick-fil-A, Chipotle, Waffle House, ice cream stores, etc., and a lot of spending for games. Kids are also saving quite a bit (more than $2 million) in their Greenlight Savings account.

AOL: There’s an impressive stat that the card has helped kids/parents save over $1M since 2017 — can you explain this statistic and how Greenlight has been able to provide that for families?
TS: We are so excited because we recently reported that in addition to helping parents teach their kids how to spend wisely with Greenlight, Greenlight kids have saved over $2 million. Most savings accounts offer really low interest rates making it difficult for kids to appreciate the value of savings. With Greenlight Savings, parents can set their own parent-paid interest rate to help their kids learn the habit and value of saving and compounding interest.

AOL: Greenlight 2.0 is launching — how does this version differ from the original card? What improvements or new features have been made?
TS: With Greenlight 2.0 we’re enabling kids to create Savings Goals, parents to choose a specific amount that their child can withdraw from an ATM, parents to designate funds for their children to Give to charities, enhanced our Automatic Allowances, and several other enhancements.

AOL: Where do you see Greenlight going in the future? Beyond the idea of an app/card?
TS: Our mission and total focus at Greenlight is to help parents raise financially-smart kids, so everything we’re doing is trying to move us closer and closer toward achieving that goal.