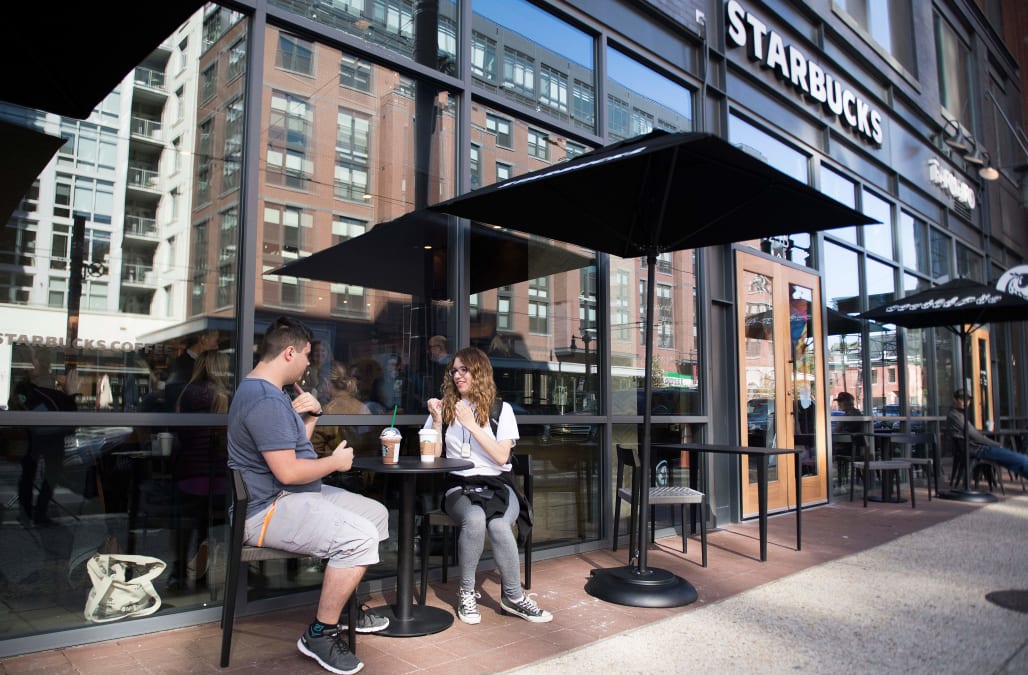 Starbucks has opened its first U.S. "signing store" to better serve hard of hearing customers. The store in Washington is just blocks from Gallaudet University, one of the nation's oldest universities serving deaf and hard of hearing students.

Marlee Matlin, the only deaf actor to win an Academy Award, posted an Instagram video of herself ordering a drink early Tuesday. "The sign for the week is COFFEE," she wrote.

Starbucks announced in July that it would hire 20 to 25 deaf or hard of hearing baristas to work at the store.

The store is modeled after a similar Starbucks signing store which opened in Kuala Lumpur, Malaysia in 2016.

10 coffee chains predicted to be the next Starbucks