Hasbro to lay off hundreds after Toys 'R' Us bankruptcy 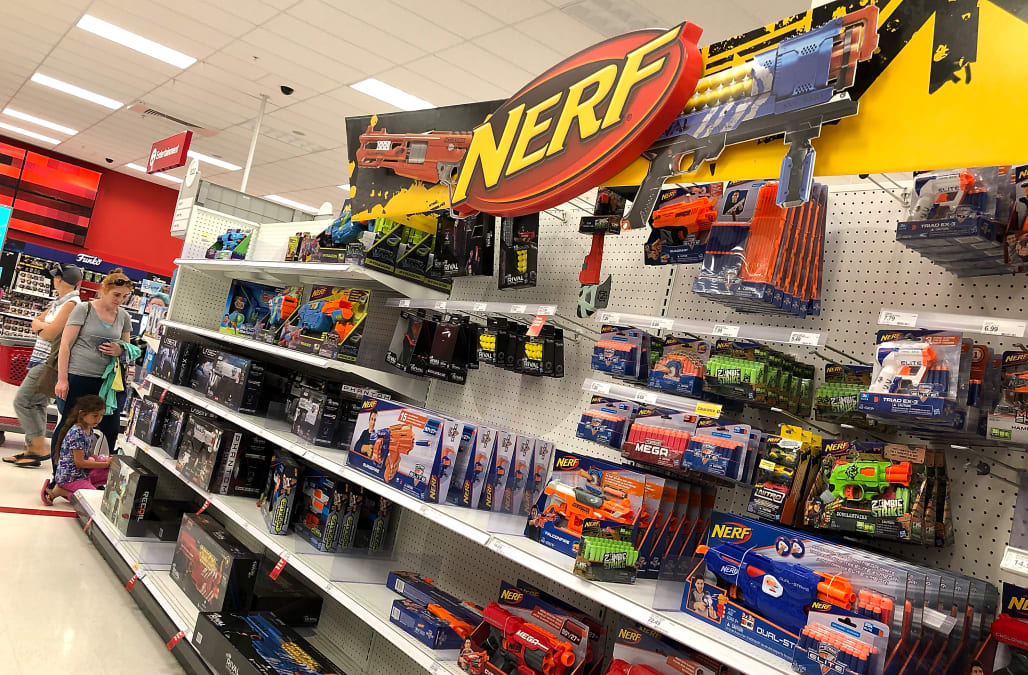 Oct 22 (Reuters) - Toymaker Hasbro Inc missed analysts' expectations for quarterly revenue and profit on Monday, as the demise of major retail partner Toys 'R' Us hurt sales in Europe and the United States, sending its shares down as much as 8 percent.

The company and rival Mattel Inc have scrambled to find new avenues to sell their products following the sudden collapse of Toys 'R' Us, once the world's largest standalone toy retailer, a year ago.

"As we go into 2019, we certainly believe we'll continue to make up for the Toys 'R' Us difference," Chief Executive Officer Brian Goldner said on a post-earnings call.

"Our goal in holiday 2018 is not to necessarily make up the Toys 'R' Us difference this year."

Investor expectations were high going into the third quarter after Goldner and Wall Street analysts hinted the company may mitigate some of the impact from the toy retailer's bankruptcy in the second half of the year.

But Pawtucket, Rhode Island-based Hasbro reported a 7 percent drop in quarterly sales in the United States and Canada to $924.2 million, due to the loss of Toys 'R' Us revenue and an inability to meet shipping demands of other retailers.

Hasbro and Mattel are retooling their supply chains to target more retailers since the collapse of Toy 'R' Us, but volumes remain still below levels before the toy retailer's bankruptcy filing.

Traditional toymakers have also been rattled in recent years by thousands of manufacturers selling on Amazon.com and other e-commerce sites, as well as kids preferring electronic games over physical toys.

The drop in Hasbro's international sales was much steeper, down 24 percent, pressured by changing consumer shopping trends and a stronger dollar.

Sales in Hasbro's partner brands that include tie-ups with Marvel and Disney also fell 37 percent in the three months ended Sept. 30, partly due to the absence of a major movie release in the quarter.

The company also said on Monday it was restructuring its business, which would lead to severance charges of $50 million to $60 million in the current quarter.

Hasbro did not disclose the number of layoffs, but told Reuters last week that it would be a "single-digit percentage" of its global workforce. The company had more than 5,000 employees as of Dec. 31.

Hasbro shares were down nearly 5 percent at $93.41 in late-morning trade, while those of Mattel were down 2 percent.

(Reporting by Aishwarya Venugopal in Bengaluru; Editing by Sriraj Kalluvila)