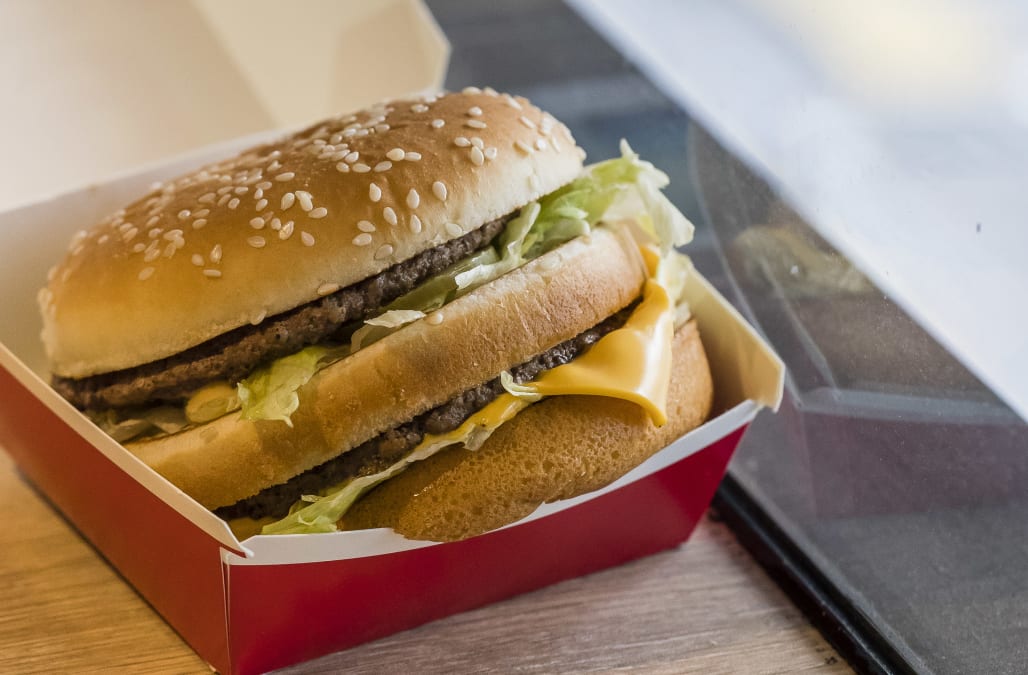 There could be harmful chemicals in your burger, at least according to a new research report released by the Consumer Union, an advocacy division of Consumer Reports.

In a report titled “Chain Reaction IV,” the Consumer Union graded “the top 25 burger chains in the U.S. on their antibiotic use policies for beef sourcing, on implementation of these policies as reflected in current beef purchasing, and on transparency around antibiotic use in their beef supply chains.”

The report explained that the use of antibiotics in food products has been linked to consumers developing antibiotic resistance which could then lead to potential death from infections. “The World Health Organization (WHO) and the Centers for Disease Control and Prevention (CDC) consider antibiotic-resistant bacteria among the top threats to global public health, and the CDC estimates that each year, at least 23,000 Americans die from resistant infections.”

Only 2 of 25 U.S. burger chains were issued “A” ratings for serving beef that has not been raised with antibiotics. Both Shake Shack (SHAK) and BurgerFi strictly serve antibiotic-free beef to customers.

Of the 23 remaining restaurants, Wendy’s (WEN) received a “D-” rating for making a positive shift in 2018 towards purchasing beef that doesn’t use a specific antibiotic called tylosin.

A stunning 22 of 25 burger chains in the US received a failing grade of “F” for not disclosing any intent to stray away from purchasing beef products from antibiotic-free sources. Among those “F” rated restaurants were some familiar names such as McDonald’s (MCD), Burger King – whose parent company is Restaurant Brands (QSR), Jack in the Box (JACK) and Sonic Drive-In (SONC).

“Our survey shows that only two chains, Shake Shack and BurgerFi, source beef raised without the routine use of antibiotics. Most other chains have no public antibiotic use policy.”

Nevertheless, according to the report, consumers are growing increasingly conscious of their dietary choices and antibiotic use. “A new 2018 nationally representative survey conducted by Consumer Reports found that consumers are concerned about antibiotic use in the beef used for their burgers.”

Furthermore, of those surveyed consumers, “almost 60 percent of respondents would be willing to pay more at a restaurant for a burger made from meat raised without antibiotics.”

McDonald’s is the largest single-buyer of beef in the US and had previously vowed to spark industry-wide change on the issue of responsible antibiotic use. However, the burger giant has yet to take any substantive measures toward keeping their promise to consumers.

And consumers aren’t the only ones advocating for better antibiotic beef policies at companies.

Company shareholders also support ditching beef raised with antibiotics, according to the report. “Shareholder proposals to Darden Restaurants, the parent company of Olive Garden, and Denny’s have called for responsible antibiotic use in sourced meat. Darden’s shareholders recently voted 40 percent in favor of a proposal that would require the company to conduct a feasibility study for eliminating the routine use of medically important antibiotics in its meat supply chain.”

McDonald’s is set to report third-quarter earnings results before the market open on October 23 and analysts polled by Bloomberg are expecting earnings of $1.99 per share on $5.3 billion in revenue.

Nike is in the midst of a technological revolution