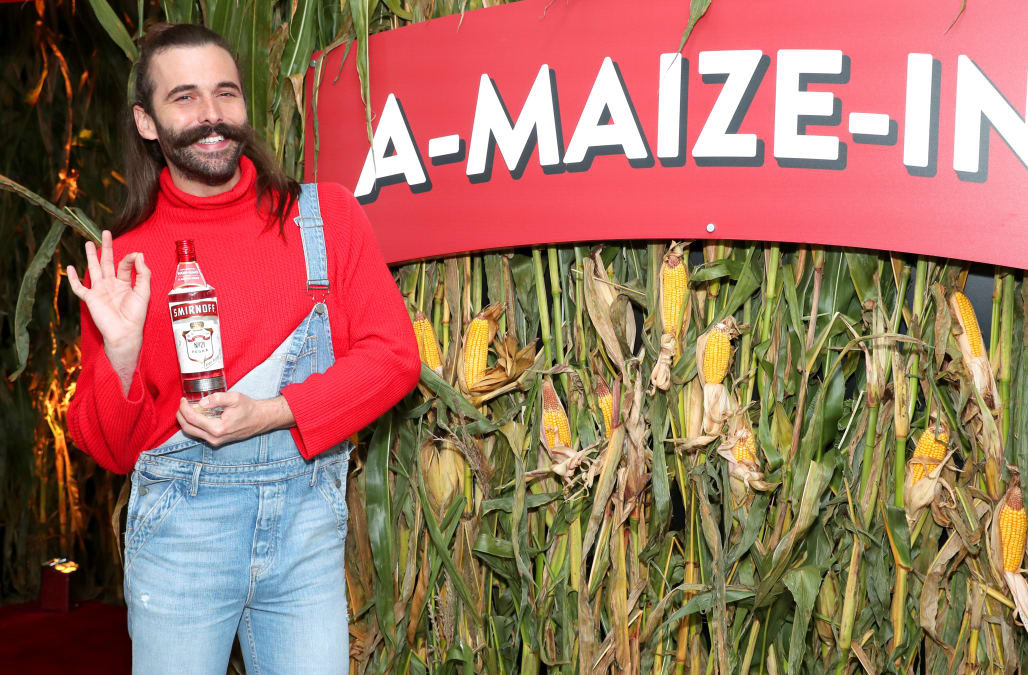 For large-scale, reputable brands, continuing to roll out products that feel fresh and innovative can be challenging, especially in the spirits industry.

There seems to be a fine line between veering too far away from the taste that consumers know and love and creating something new and different that will broaden its customer base.

12 PHOTOS
'Queer Eye' cast out and about
See Gallery

For Smirnoff, a vodka brand that is known for fun flavors and a party-centric vibe, expanding to new customers doesn’t necessarily require coming up with bold, new iterations, but rather by making its vodka accessible to customers that previously wouldn’t have been able to drink it at all.

The brand’s classic vodka, Smirnoff No. 21, is rolling out a new look while using a new kind of corn -- non-GMO corn. This now makes the vodka not only gluten-free (as it's been) but GMO-free as well.

The new release ties in with the company’s recently rolled out 'Welcome to the Fun%' campaign, which features commercials showcasing Ted Danson, Laverne Cox, Nicole Beyer and the ever-fabulous and fun-loving Jonathon Van Ness from Netflix’s ‘Queer Eye’.

Van Ness is no newcomer when it comes to working with Smirnoff, as the partnership between the two began this summer during New York City Pride:

“Smirnoff was partnering up with Human Rights Campaign (which i obviously love) so that was one thing that I was really excited about … it was really celebrating same-sex couples on that bottle and I just thought that was such a celebration of inclusivity and a way for a company that is as big as Smirnoff to celebrate inclusivity and really showcase same sex couples and I was like ‘Cute, I love that and Pride’s fun so yay!’

The second opportunity was getting to make the (Smirnoff Fun%) commercial with Ted Dansen and getting to do work with him — I’m such a big fan of his, he’s someone I’ve been such a big fan of for such a long time. And Laverne Cox and Nicole Beyer and Jenna Fischer — getting to be on that same [Fun-Percent] campaign as well, I was like ‘This is major!’ so that was really fun for me. And now it’s just really exciting to just be a part of Smirnoff getting into non-GMO spacing and getting into a world where we’re moving towards simplicity. I love that — it’s like, let’s just get rid of stuff that we don’t need.”

When you're as in-demand and busy as Van Ness, simplicity not only becomes a priority, but often times, a necessity:

“In general, I think as I’ve gotten busier, wherever I can keep it more simple, I try to … like if I have two choices and one involves an extra step or something, I’ll do the thing that feels more simple.”

Working as a hairdresser before he was tapped for the hit Netflix series, Van Ness has learned the value of applying the skills he honed in on early in his hairdressing career to help him stay present and in-control while in the public eye and Entertainment world:

“Hairdressers have to be the most patient, flexible — patient, PATIENT — compassionate people! Next to moms and women in general.”

But without even having to vocalize it himself, it’s clear that Van Ness leads with patience and compassion in everything he does, from his interpersonal relationships with the rest of the Fab Five that we see play out on ‘Queer Eye’ to the way he can get the most hard-as-nails ‘Hero’s on the show to open up to him, to truly trust him.

Because when it comes to aesthetic appeal, it’s the rest of the world that trusts Van Ness and his always-quotable opinions.

So, what does he think about the new Smirnoff No. 21 look?

“I very much approve of it — she’s sleeker, she’s got this gorgeous new little baby accessory moment which I love which just has a lot of little stories on it — she is non-GMO and gluten-free and she’s always been gluten-free … I like that because more inclusivity, more people enjoying it — I love an absence of gluten, work! If that’s what you need, if that’s your truth … and also she’s made in America and I love things that are made in America — I love America, she’s a great place to be. I also love that she says ‘Drink Responsibly’ because I think it’s fun to talk about alcohol but I think it’s also important to talk about drinking responsibly and using it responsibly because responsibility and moderation are words that are fun and great and important.”

And any true Queen like Van Ness knows that the best way to sip in moderation is with a cocktail that’s named after yourself, just like his personal favorite:

“The Jonathan-Van-YES cocktail! She’s Smirnoff No. 21 vodka, which is so tasty and yummy and the same great taste she’s always been — she just doesn’t have GMO corn anymore which is fierce. But she has rosemary moments and lemon moments and blackberry moments and then icy moments … it’s kind of like a kiss of fruit and kiss of herbalicsiousness with some rosemary.”

You had us at fierce, henny!

More from Aol.com:
How to win the lottery, according to a Romanian-born mathematician who hacked the system, won 14 times, and retired on a remote tropical island
Meghan Markle's net worth: From actress to Duchess of Sussex
How Jared Kushner built a fortune worth nearly 3 times that of Trump’s kids