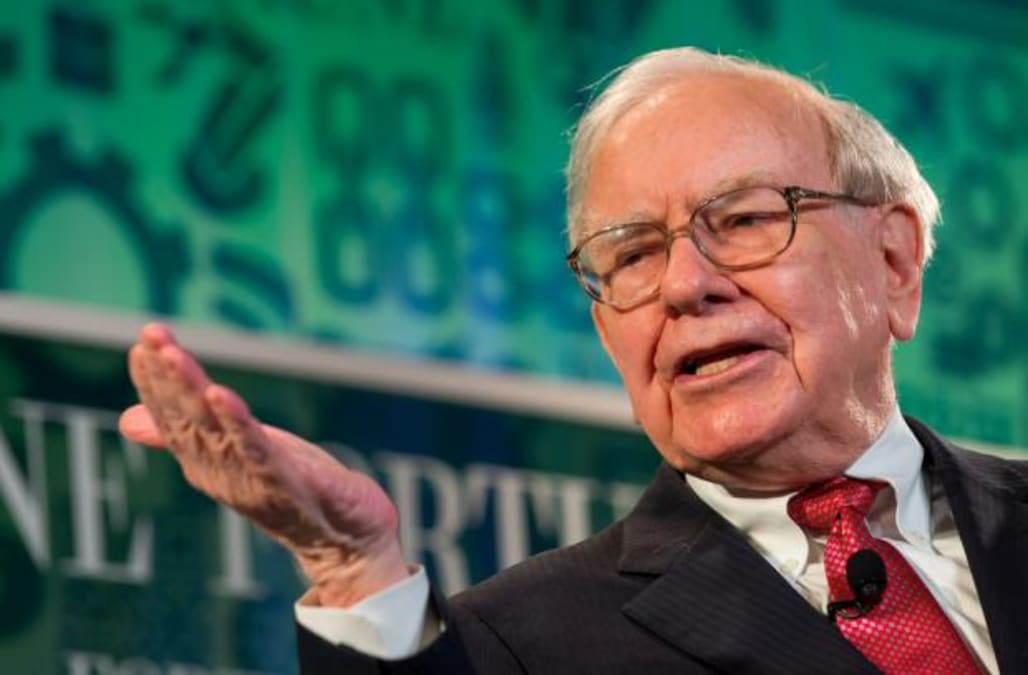 The end for Eddie Lampert, CEO of Sears Holding Group and a hedge fund manager, appears near. And Warren Buffett's decade-old prediction is finally coming true.

Sears filed for Chapter 11 bankruptcy on Monday, announced the closure of 142 more stores, and Lampert also agreed to step down as CEO of the company. The announcement appears to be the final straw in a long decline for the once-iconic retailer.

RELATED: Take a look at all of the Sears locations closing in the coming months:

The fall from grace of both Lampert, once considered the "next Warren Buffett," and Sears was laid out by the Berkshire Hathaway CEO 13 years ago.

In an interview between Buffett and a group of University of Kansas students that has been circulating since 2005, Buffett was asked about Lampert and his attempt to turn around Sears. In his reply, the famed investor laid out the road map for the retailers' continued decline.

"Eddie is a very smart guy but putting Kmart and Sears together is a tough hand," said Buffett to the Kansas crowd. "Turning around a retailer that has been slipping for a long time would be very difficult. Can you think of an example of a retailer that was successfully turned around?"

Buffett also compared it to his previous experience investing in retail in the 1970s. For him, the constantly changing winds of consumer preferences make it impossible for any retailer to catch up to more forward-thinking stores when you've fallen behind. From Buffett:

"Retailing is like shooting at a moving target. In the past, people didn't like to go excessive distances from the street cars to buy things. People would flock to those retailers that were near by. In 1966 we bought the Hochschild Kohn department store in Baltimore. We learned quickly that it wasn't going to be a winner, long-term, in a very short period of time. We had an antiquated distribution system. We did everything else right. We put in escalators. We gave people more credit. We had a great guy running it, and we still couldn't win. So we sold it around 1970. That store isn't there anymore. It isn't good enough that there were smart people running it."

Buffett said that other competitors such as Costco and Walmart could provide better deals while operating on smaller margins, making it hard for Sears and Kmart to compete.

"Costco is working on a 10-11% gross margin that is better than the Walmart's and Sam's," Buffett said.

"In comparison, department stores have 35% gross margins. It's tough to compete against the best deal for customers. Department stores will keep their old customers that have a habit of shopping there, but they won't pick up new ones."

This is what has happened. The focus on downsizing their store footprint and becoming a resource light under Lampert didn't translate into sustainable sales or profits. Instead, the stores hemorrhaged customers and other retail competitors have lapped both Sears and Kmart.

"How many retailers have really sunk, and then come back?" the famed investor said. "Not many. I can't think of any."

He's not called the "Oracle of Omaha" for nothing.

NOW WATCH: What activated charcoal actually does to your body

More from Business Insider:
I've taken AncestryDNA, 23andMe, and National Geographic genetics tests — here's how to choose one to try
All the TV shows that have been canceled in 2018
The 20 best countries around the world to live as an expat, ranked

SEE ALSO: Sears files for bankruptcy and plans to close 142 stores as the CEO steps down