Sears has filed for Chapter 11 bankruptcy 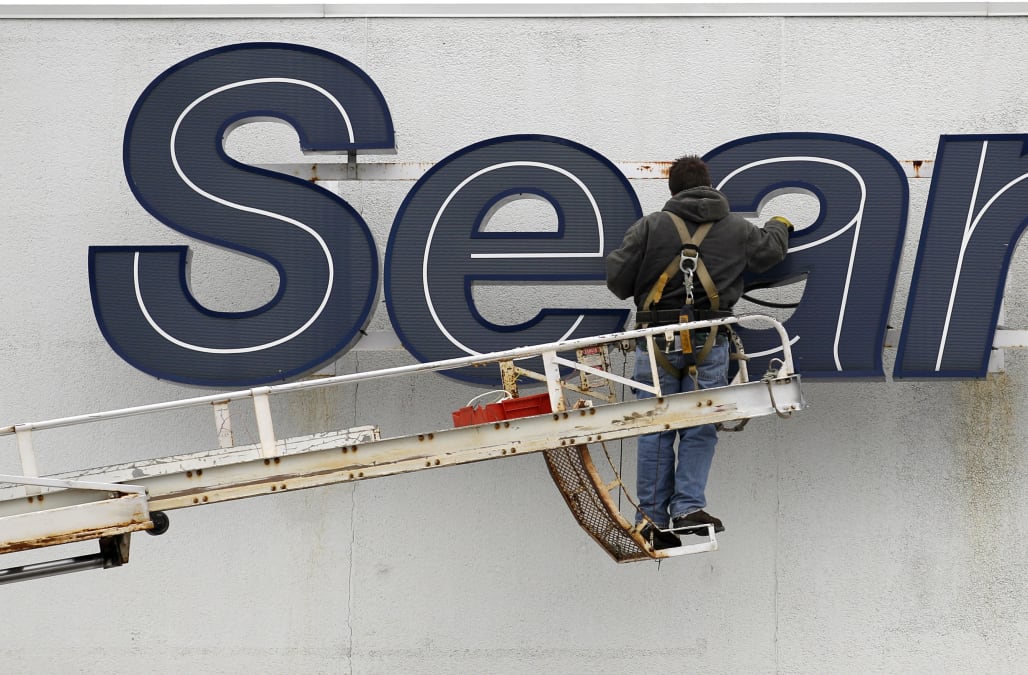 Sears has filed for  Chapter 11 bankruptcy following a multi-year battle to stay afloat amid steep declines in sales and customer traffic.

The 125-year-old company, once the most iconic retailer in America, has seen its sales cut in half since 2014. It has been burning through cash, closing hundreds of stores, and slashing jobs in an attempt to stanch the bleeding.

Read more: Inside Sears' death spiral: How an iconic American brand has been driven to the edge of bankruptcy

The man in charge of Sears, Edward S. Lampert, has blamed the company's decline on the media, shifts in consumer spending, and the rise of e-commerce, among other reasons.

For years, he has kept the ailing retailer afloat through billions of dollars in loans from his hedge fund, ESL Investments, the selling off of valuable real estate, and the slow dismantling of Sears' exclusivity over some big American brands. He has said these measures would buy Sears more time to execute a transformation that will lead the company back to profitability.

But analysts are skeptical that the company can make a comeback following years of under-investments in stores.

"The problem in Sears' case is that it is a poor retailer. Put bluntly, it has failed on every facet of retailing from assortment to service to merchandise to basic shop-keeping standards," says Neil Saunders, the managing director of GlobalData Retail. "That failure has manifested itself in lost customers, lost market share, and a brand that has become tarnished and increasingly irrelevant." Lampert's critics — including some former Sears executives — have also blasted him for managing a company in crisis from afar, only visiting Sears' headquarters about once a year for the annual shareholder meeting.

Instead, Lampert prefers to work from an office in Bay Harbor Islands, off the coast of Miami, and communicate with employees primarily through teleconference meetings. Some stores have suffered severe decay, such as crumbling walls, cracked floors, collapsing ceilings, and a lack of working toilets for weeks on end, according to store visits and interviews with Sears employees over the last two years.

In addition to maintenance problems, several stores feature barren shelves and empty floors, which is likely the result of suppliers exacerbating Sears' problems by threatening to cancel contracts and demanding new payment terms for orders.

Some stores have started hanging bed sheets and shower curtains from the ceiling to cover empty areas. The company has also introduced handwritten pricing signs in an apparent effort to slash costs.

Lampert responded to the supplier troubles last year by blaming the news media in a rare interview and publicly threatening to sue two of its top tool vendors. He has also defended his investment strategy in stores.

"I was criticized for not investing enough in the stores," Lampert said in 2013. "My point of view is we couldn't invest in everything."

Some loyal shoppers are lamenting the loss of what was once America's most iconic retailer.

"I'll never understand why Sears was allowed to flounder for so many years," Sears shopper Robert Moon told Business Insider this week.

"Sears was the number one retailer in the world" and "the industry pioneer in catalog purchases," he said. "They could have been pioneers in online purchasing. It could be Sears instead of Amazon."

More from Business Insider:
Stocks sink after report says Trump could follow through with tariffs on $200 billion worth Chinese imports to the US
These 3 American neighborhoods are emerging as economic powerhouses
One key staffing change makes the Fed even more likely to keep raising interest rates