Maria Menounos on her brain tumor journey: 'I look back and I don’t feel like I even went through this' 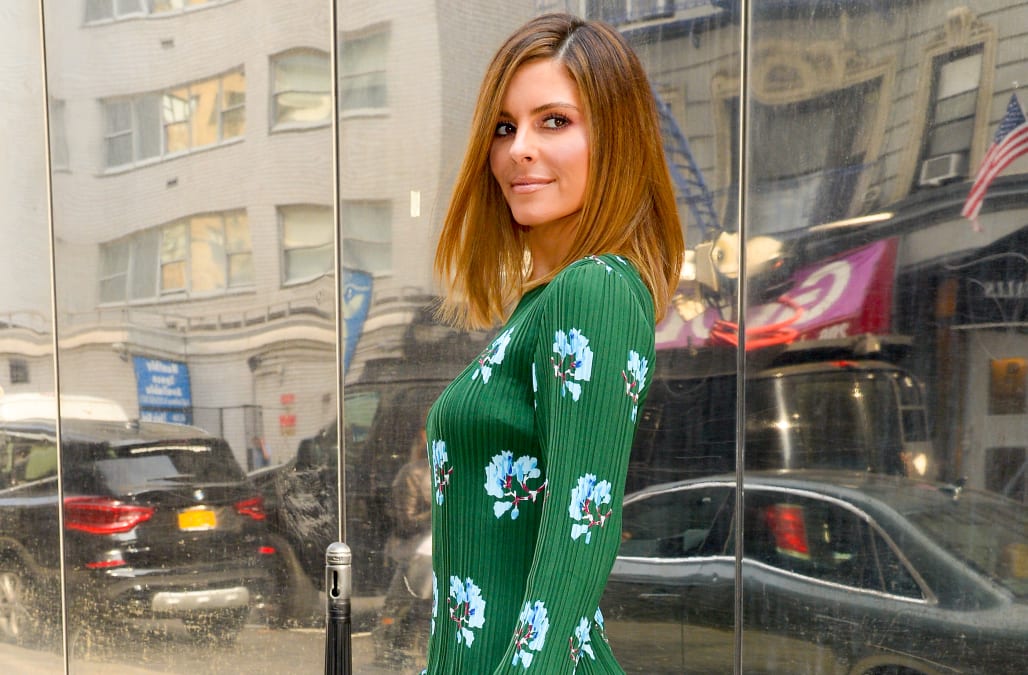 The best ideas are born from hands-on experience and exposure, whether it pertains to a tangible invention, an artistic concept or something in between.

But often times, those with the most hands-on experience don't have the platform or opportunity to make those ideas a reality -- ideas that would powerful enough to change the world as we know it had they just been voiced to the right set of ears.

For nurses, this is an all-too-familiar story -- and that's where Johnson & Johnson is stepping in to help make a change.

Launched this month and running until February 1, 2019, Johnson & Johnson is empowering nurses as innovators through the Nurses Innovate QuickFire Challenge.

The challenge calls for nurses across the United States to submit their biggest and boldest ideas for new health technologies, devices, protocols or treatment approaches to Johnson & Johnson where the company will give out up to $100,000 in grants and access to mentoring and coaching.

Teaming up with Johnson & Johnson for the challenge is Maria Menounos, a firm believer and advocate for the integral role nurses play in the lives of their patients:

"When I was chatting with [Johnson & Johnson] on the phone about this they said ‘Nurses are on the ground, they know what we need, they see it firsthand, they’re hearing from us what is not right or what we need’ and they’re the ones who are going to be able to come up with the most amazing things for us and they have already.

You know how with anything in life, when you have an idea, you bring it to your boss and they either shoo you away or they want to steal it for themselves and it’s overwhelming. These nurses are working around the clock and they’re exhausted, too, and so if they have a good idea they’re like ‘Okay, great, how do i do this?’ What’s amazing about Johnson & Johnson is that they don’t want anything of it --they’re not trying to take the idea and profit off of it, they just want to help develop it, help bring it to fruition so that it will help all of us.”

For most hospital or healthcare patients experiencing complications, crises or any sort of health-related issue, nurses are often make-or-breaks of a patient’s emotional memory of their experience.

For Menounos, this was no different:

“I went through a few different health crises in the last two years and my nurses were everything. I didn’t want to leave the hospital and they were like ‘Everyone is usually begging to go home and you’re like I want to stay longer!’ And part of it was that I needed more time there because my balance nerve was affected — I literally couldn’t think about driving over the canyons being as dizzy as I was, I knew I wasn’t going to make it.

So I stayed in a little longer and when I had to leave, I was bawling because [my nurses] were so kind. And I remember telling them that I’ve never been treated kinder in my life than by [my nurses] there. And I cried saying goodbye to all of them, hugged them all, brought presents, everything.

I had them on my radio show to honor them because they were such an integral part of my healing and of course, with my mom’s journey, too, they were integral.

We were on such a system where the nurses would get there 15 minutes before I needed pain medication so that the pain never hit — there were so many things that they did to make it easier on me, that I look back and I don’t feel like I even went through this. It was actually so simple — even though it really wasn’t — but my recollection of it was so simple because they were so amazing."

A major part of Menounos’ journey and relationship with her nurses centered around one of the most intrinsic human experiences: empathy.

The desire to understand and to be understood is magnified when we’re put in situations that force us to be our most vulnerable selves, at times even feeling helpless. For Menounos, finding nurses that empathized with the pinging feelings of embarrassment and vulnerability were crucial to her emotional well-being and hospital experience as a whole:

“I think empathy is important. Of course, in the nursing profession, we count on it because we’re in our most vulnerable moments, and I remember having so many of those moments. The thing I worried most about was dealing with catheters — I was so embarrassed by that whole situation, I was more nervous about that than the brain surgery. And the nurses were so amazing. One nurse — this was like the only time I actually shed a tear — I said to her ‘Please, will you take care of me? Don’t let anybody look at me, I’ll never look at Dr. Black again if he sees me naked, please!’ And she told me ‘I remember having to have surgery here and my colleagues were the ones doing this — it was so embarrassing!’ So I got the perfect nurse … I started crying because I knew she understood and she had empathy for something that most people would shoo you away for and be like ‘Deal with it’ — I think, in life, it’s important to have empathy.

[My experience has] changed [me] a lot — it makes you a lot more patient, or at least it did for me. And I’ve seen it with other people — some of the more difficult personalities I’ve dealt with in my career, whether their family members fell ill or they fell ill, things changed for them. So I think for all of us, it makes us better people later and it does change us if you focus on it, too. I’m really focused on not losing any of the lessons and any of the amazing things that came from my experience. Having some patience is a big deal."

This concept is something that has shaped the way Menounos approaches up-and-coming professionals who work for her TV network:

“My network AfterBuzz TV … we have a lot of young aspiring hosts who come through there. And part of our mission is to create great content, but the other part is to help nurture these young hosts and their careers. And I always tell them that no one told me what I was doing wrong along the way — I either had to figure it out or suffer not knowing. And so for us, I always say it’s really important to have empathy and to pull somebody aside and tell them the truth — but that takes time. It takes time to sit down and say ‘This is where you’re going wrong, this is how you could do it better.’ But it’s a really important part of everything.”

It is this exact notion that makes Menounos the embodiment of the empathy that she has received in her own experience — she aims to help others following in her shoes because she knows what it feels like to not have someone guiding you or showing you the best way to do things, in a way that is both glaringly authentic and genuine.

This rings true not only in the realm of her professional life, but in her personal life and closest relationships as well:

“Something that people wouldn’t know is that I’m tirelessly eager to help people …  I’ll sit there and talk to you for an hour and give you all of my best advice that I’ve learned through my journey. Because I’m consuming so much information on a daily basis … I’m interviewing people all the time and I’ve been interviewing people for almost 20 years, so I have so much knowledge from all of these people and I want to share it all the time.

I create ‘bibles’ in my dropbox, like a ‘brain tumor bible’ and a ‘doggy bible’ and I try to shortcut as much of it in there so that I can just email it to you and have it. I really like helping people and I love sharing information … sometimes I’m like ‘My days would be so much easier if I didn’t worry about having to be involved in everything at all times’ because it is pretty exhausting, but I don’t know how else to be.”

For Menounos, perhaps the biggest lesson learned has been the benefit of taking care of the pain before it even hits — not only physically, but emotionally.

If we can aim to be kinder and gentler to one another before we are even faced with hardship and challenge, that cushion of care will already be built for us to soften the blow so that we have a safe place to land.

And it’s this idea that accompanies what Menounos wants nurses everywhere to know, straight from the heart:

“I think that your work has not gone unnoticed and that we rely on you so much and we’re so thankful for everything that you do to help us in the healing process. Because the doctors pop in and make sure the surgery went well and all of that, but the nurses are the ones there that are working to take care of your pain in advance.”