Here's exactly how Trump's trade war with China could affect you 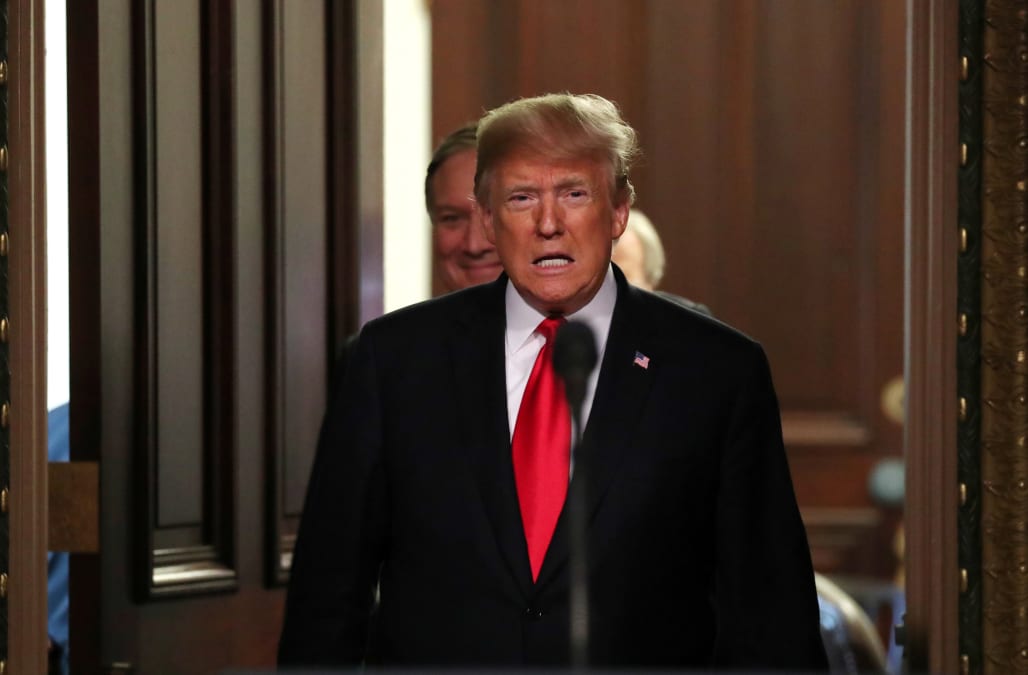 A trade war between the US and China has been heating up for much of this year, and it could have huge impacts on the US economy.

President Donald Trump's administration has levied tariffs on a total of $250 billion of imported goods from China. That represents about half of all imports from China.

China has retaliated by announcing tariffs on $110 billion of US exports.

Both Trump's tariffs on China and China's retaliatory tariffs are likely to impact the economy in various ways. At the most basic level, tariffs increase the prices of goods, directly by making imported goods more expensive via the imposed tax, and indirectly by allowing domestic manufacturers who do not have to pay the tariff to charge higher prices.

Indeed, that latter effect is the main argument in favor of tariffs: By being able to charge higher prices, domestic producers can theoretically become more profitable and invest more in factories and workers.

However, those higher prices can either be passed on to consumers or absorbed by companies buying intermediate products, which can cause economic harm.

For example, Ford says that a separate set of tariffs on steel and aluminum imposed by the Trump administration this spring will likely cost the automaker $1 billion, according to a CBS News report.

The most recent set of tariffs against Chinese imports, which went into effect at the end of September, targeted around $200 billion of goods with a 10% tax scheduled to increase to 25% on January 1, 2019.

Unlike earlier rounds of tariffs that mostly targeted materials and intermediate goods, about a quarter of the new tariffs target consumer goods directly, according to an analysis by the Peterson Institute for International Economics.

Those tariffs could have an even more direct impact on Americans' wallets than the earlier round of tariffs, which were mostly against industrial products and intermediate goods.

Some of the goods that are likely to be hardest hit by the newer tariffs include computers and computer parts, furniture, and tires.

Economists, including Ian Sheperdson of Pantheon Macroeconomics, suggest that consumers could see price increases as a result of tariffs on those goods.

"We don't know for sure how quickly importers will raise wholesale prices of the affected items, or how quickly manufacturers of substitutes for Chinese products will lift their prices," Sheperdson wrote in a note to clients.

Sheperdson estimated that the newer round of tariffs could add as much as 0.5% to the headline CPI inflation rate.

An analysis by the National Taxpayers Union Foundation suggested that the full impact of the 25% tariffs beginning in 2019 would hit Americans harder than the total taxes levied under the Affordable Care Act, better known as Obamacare.

Retailers have also warned that the tariffs could increase prices for consumers and threaten the retail industry.

JCPenney counsel David M. Spooner wrote a letter dated September 6 to US Trade Representative Robert Lighthizer warning that "No retailer will be able to simply absorb the cost of a 10% percent tariff, much less a 25% tariff in today's ultracompetitive retail environment. That means consumers will pay higher prices."

Walmart wrote a similar letter to Lighthizer, warning "Either consumers will pay more, suppliers will receive less, retail margins will be lower, or consumers will buy fewer products or forego purchases altogether."

Walmart included a list of specific items that it's particularly concerned about, including luggage, gas grills, and HDMI cables.

Several industry groups also have warned of increased prices and threats to US firms resulting from the trade war.

Matthew Shay, president and CEO of the National Retail Federation said, "with these latest tariffs, many hardworking Americans will soon wonder why their shopping bills are higher and their budgets feel stretched."

Jay Timmons, the National Association of Manufacturers' president and CEO, called for increased trade talks to cool down the trade war.

"Now is the time for talks—not just tariffs—and manufacturers have laid out a blueprint to reset the US-China commercial relationship that will result in ending China's unfair and anti-competitive behavior," Timmons said.

Casey Guernsey, a seventh-generation farmer and spokesperson for Americans for Farmers and Families pointed out that the uncertainty surrounding the trade war could interfere with farmers' plans for the future.

Guernsey said, "as trade tensions escalate, and our ability to sell our goods to major markets diminishes, we're having to make long-term business decisions that could affect our farms for generations."

During testimony in August to US trade officials, several smaller manufacturers warned of the potential damage from a trade war.

John McCann of MEC Aerial Work Platforms in Kernan, CA painted a stark picture, saying "tariffs will cause layoffs, lives will be devastated, the hope and optimism that comes from meaningful work will be gone."

JPMorgan CEO Jamie Dimon argued in a CNBC interview that there could be further indirect consequences of a trade war beyond immediate price increases, as economic confidence and investor planning could be shaken.

"The real negative isn't that — it's confidence, consistency. If people start reducing investment, if people start moving their supply chains around, that we have seen already moves the markets a little bit," Dimon said.

Trump has pushed back

The Trump administration has pushed back against criticism of the tariffs. Commerce Secretary Wilbur Ross suggested that price increases from the nascent trade war would go unnoticed by most Americans.

Ross said, "Well, you can do the numbers this way if you have a 10% tariff on another $200 billion, that's $20 billion a year. That's a tiny, tiny, tiny fraction of 1% total inflation in the US, because it's spread over thousands and thousands of products. Nobody's going to actually notice it at the end of the day."

Trump himself weighted in, saying at a New York City press conference that "a lot of money is coming into our coffers. And it's had no impact on our — absolutely, by the way — no impact on our economy which I said it wouldn't."

As a response to the September round of tariffs, China imposed retaliatory tariffs on about $60 billion of US exports to China, representing about 85% to 95% of the total goods export trade from the US to that country.

Retaliatory tariffs are the second big threat from a trade war, after domestic price increases. By making American goods more expensive in Chinese markets, US exporters are placed at a disadvantage to producers in China and other countries.

The full impact of a trade war between the US and China is likely to be felt across the country, but unequally among different states. Total goods trade with China — both imports and exports — adds up to 7.6% of the total size of Tennessee's economy, and 6.4% of each of the economies of California and Washington state.