Eric Trump’s net worth as his charitable foundation faces investigation 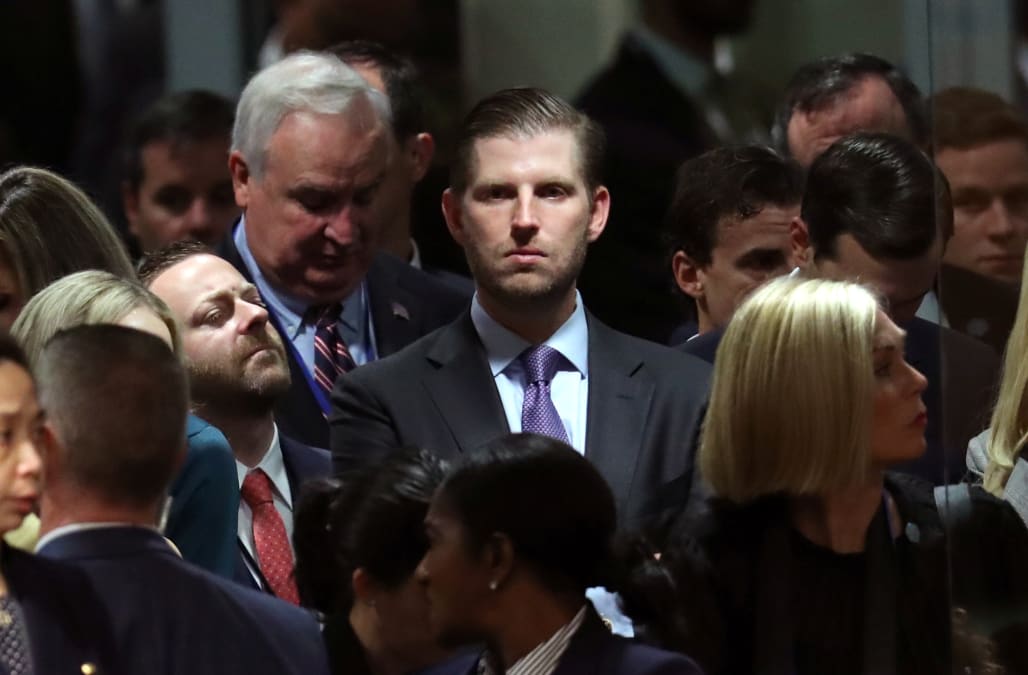 The youngest child of Donald and Ivana Trump, Eric Trump has had no problem making his own share of headlines. Eric first gained attention in his role as a spokesperson for his father’s 2016 presidential campaign and his reported hobby of hunting exotic game. Later, he made headlines for his promotion to vice president of the private Trump Organization, as well as the ongoing scandal surrounding his personal charity. Learn more about Eric Trump’s net worth and how it compares with the plunging net worth of President Donald Trump.

Click to read about his stepmother Melania Trump’s net worth.

Eric Trump’s net worth is $300 million, according to Celebrity Net Worth. Trump’s sources of income stem from his roles as executive vice president of the Trump Organization and president of Trump Winery. Two of his most notable assets are his homes, including his self-designed penthouse at Trump Parc East. This property alone could sell for $10 million or more, according to ProPublica.

As executive vice president of the Trump Organization, Trump’s responsibilities include overseeing the organization’s 17 golf courses. Trump’s roles include presiding over “everything from winemaking and marketing to global distribution and sales,” according to the Trump Winery website. In 2013, Wine Enthusiast awarded him its “Rising Star of the Year” Award.

Trump also heads the Eric Trump Foundation, which helped raise $16.3 million for St. Jude’s Children’s Research Hospital, according to the foundation’s website. In December 2016, however, in an effort to avoid a conflict of interest during his father’s presidency, Eric Trump announced he was ceasing all direct fundraising efforts for the foundation, which would be restructured and put under new leadership.

RELATED: Here's a look at the Trump family's net worths:

From Assistant to Senior Adviser: How Much Trump’s Staff Makes

But distancing himself from the charity didn’t keep Trump from being embroiled in a scandal: In 2017, the New York attorney general opened an investigation after a Forbes report alleged federal tax rule and state law violations by the charity during Eric Trump’s reign.

Born Jan. 6, 1984, Eric Trump is the third child of President Donald Trump and Ivana Trump, former model and businesswoman. Following his parents’ divorce in 1991, he and his siblings, Donald Trump Jr. and Ivanka resided with their mother in New York City.

After graduating from high school, Trump broke tradition by attending Georgetown University instead of the University of Pennsylvania — which his father, brother and sister attended — and graduated with honors with a degree in finance and management in 2006. That same year he joined the Trump Organization.

Here are some of Eric Trump’s other notable career and life highlights:

Although Eric Trump’s net worth is considerable at $300 million, his financial standing is nowhere near his father’s net worth of $3.1 billion.

More from Go Banking Rates:
Donald Trump Jr. commands $100K per speaking engagement
Lady Gaga’s net worth rising with the premiere of ‘A Star Is Born’
US Representatives with the lowest net worths in Congress revealed