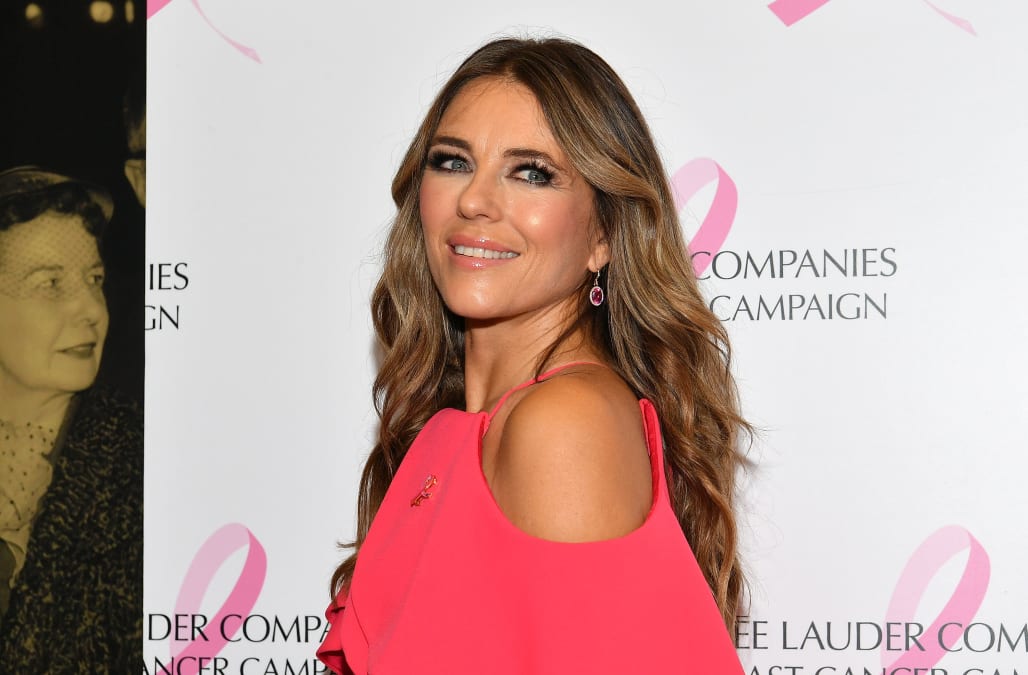 It’s nearly impossible to look anywhere during the month of October and not see some sort of pink memorabilia in honor of Breast Cancer Awareness.

This is, of course, because October is National Breast Cancer Awareness month —  a cause that seems so engrained in our culture and psyches that it’s hard to imagine a time when awareness for the disease itself was both rare and minimal.

But without brands, campaigns and organizations that have historically demanded that the public listen, care and get involved, this heightened level of familiarity and conversation surrounding Breast Cancer would be nonexistent.

A major player in this space has been The Estée Lauder Companies Breast Cancer Campaign that’s been running for over 26 years -- the campaign that gave the world the iconic and game-changing Pink Ribbon symbol.

Championing the cause alongside the brand for more than 20 years has been Elizabeth Hurley, Global Ambassador for The Campaign.

Getting involved with the company decades ago was a no-brainer for Hurley, whose grandmother tragically passed away from Breast Cancer herself.

Hurley is no stranger to the beauty industry, and is a hands-on believer in the opportunity and support that it offers to and for women at large:

“The beauty industry is a great industry for women. I remember going to my very first sales conference when i first joined [Estée Lauder] in Florida in the mid ‘90s and being astounded at how it must have been 500 to one, women to men. And its a really good feeling, it’s a lovely feeling … [Estée Lauder] really wanted to give something back to women hence their unbelievable efforts with the breast cancer campaign, the $76 million they’ve raised over the last 20 years — their determination to really be part of a world that ends up without breast cancer.”

Since the Estée Lauder Companies’ Campaign began 26 years ago, incredible milestones have been met and surpassed— the company has raised over $76 million globally for Breast Cancer initiatives including research and medical services and has funded 250 medical research grants through the Breast Cancer Research Foundation.

The Campaign has made strides in Breast Cancer research and awareness by succeeding where other organizations and campaigns have failed to close a crucial loop — it hasn’t just been about fundraising and donating capital for the Estée Lauder Companies, but about creating a visible social movement and symbol that draws attention to the cause beyond association with just the company itself.

It’s strange to think about Breast Cancer awareness without conjuring up an image of the signature Pink Ribbon (for most, it’s probably impossible.)

But the push and constant campaigning on behalf of the Estée Lauder Companies surrounding the Pink Ribbon imagery alongside streamlined phrases and calls-to-action have ensured that awareness when it comes to Breast Cancer research is as prevalent as it can be.

“Awareness is at a high which is fantastic, so now it's all about fundraising and bringing it to an end, which is why our hashtag this year is #TimeToEndBreastCancer because we’re encouraging everyone to raise as much money as they can to pay for more research, so that eventually you won’t be talking to us anymore about this because it will be over.”

The fact of the matter is that every 19 seconds someone is diagnosed with breast cancer — the fight is far from over.

In order to continue charging forward to find a cure and an end to the disease, The Campaign's method of spreading awareness and getting people involved must adapt to the times -- this year, it's via Instagram.

This year, for every unique Instagram post accompanied by the hashtags #TimeToEndBreastCancer and #ELCdonates through the month of October, the Estée Lauder Companies will donate $25 to the Breast Cancer Research Foundation up to $26,000 total, in honor of the company’s 26th year running.

For more information on how you can donate or get involved, visit here.

More from Aol.com:
A judge could yet tear up Elon Musk’s settlement with the SEC
A phone call from Mark Cuban convinced Elon Musk to make a deal with the SEC (TSLA)
Elon Musk just mocked the SEC on Twitter after he was forced to pay $20 million in fines to the agency