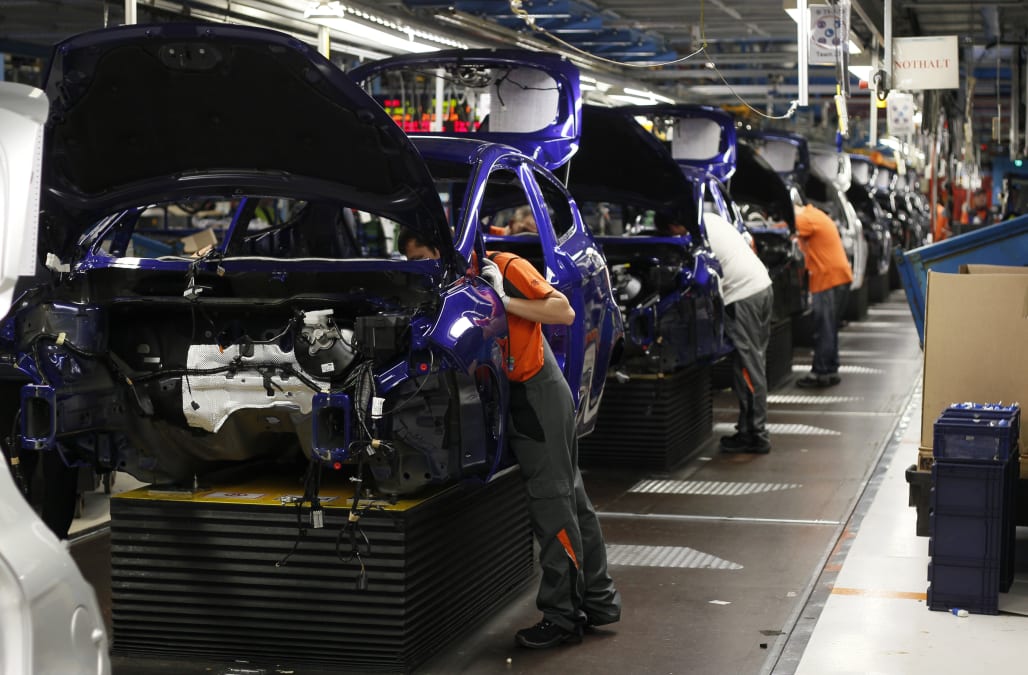 Ford will be making cuts to its 70,000-strong white-collar workforce in a move it calls a "redesign" of its staff to be leaner, have fewer layers, and offer more decision-making power to employees, the company announced.

The number of jobs that will be axed is unknown at this point.

"A lot of the (reorganization) is about making different choices about strategy," Chief Financial Officer Bob Shanks told NBC News, adding that the goal isn't just to slash spending but to improve the "fitness" of the company.

However, a recent report by Morgan Stanley estimates "a global headcount reduction of approximately 12 percent," or 24,000 of Ford's 202,000 workers worldwide. "Such a magnitude of reduction is not without precedent in the auto industry," analysts wrote in the investment note.

The decision is part of Ford's $25.5 billion reorganization plan, which includes slashing $6 billion in improved capital efficiencies. Ford CEO Jim Hackett, who cut more than 12,000 jobs as head of office furniture maker Steelcase, had been expected to make cutbacks even sooner, according to some observers. Hackett took over from Ford veteran Mark Fields when he was ousted from the company in May 2017.

RELATED: Take a look at the top companies of 2018, according to LinkedIn:

Ford has already warned that President Donald Trump's auto tariffs have impacted the company to the tune of $1 billion, and the president's trade policies threaten to play havoc with Ford's ongoing reorganization, Shanks told NBC News.

Trump and Ford have been squaring off since well before the 2016 election, when then-presidential candidate originally threatened to impose hefty tariffs on vehicles Ford intended to start importing from a factory in Mexico. The carmaker eventually scrubbed that plan, but rather than return production to the U.S. it decided to move it to China.

Earlier this year, Ford said it would all but pull out of the U.S. passenger car market, citing the rapid shift in demand from sedans, coupes, and wagons to SUVs, CUVs and pickups. It was going to eliminate the conventional Focus models in favor of a crossover version, the Active. Now, with that model dropped, the still-popular Mustang will be the only remaining passenger car model in its line-up, with Ford relying in the future almost entirely on light trucks — such as the F-Series pickups that last year generated nearly all of its profits.

Ironically, Ford actually may have to cut production of the Mustang and some other models — in the process, potentially reducing U.S. jobs — as a result of the tariffs China has enacted on American-made vehicles in a tit-for-tat trade war. The Mustang had been one of the most popular U.S. vehicles sold in that country.

In Latin America, Europe, Asia Pacific, and the Middle East, Ford hemorrhaged about $800 million during the first half of this year. The automaker has been struggling even in China, the world's largest automotive market, where key competitors like General Motors and Volkswagen generate significant profits.

Considering the strength of Ford's North American operations, the general consensus is that the home market will feel a lighter hit than those in Europe or Latin America, but the impact could still be substantial.

Meanwhile, Europe could see product cuts similar to those outlined for the U.S. News reports there identifying several passenger car models that may be dropped, including the Mondeo, the European version of the Fusion, set to vanish from American showrooms. Ford has denied such cutbacks, as well as reports that it is considering selling off or perhaps entering into partnership with a foreign player to turn around its fragile Latin American operations.

That said, "We see the need to partner much more extensively than in the past," said Shanks, pointing to deals with automakers like India's Mahindra and Mahindra, and Germany's Volkswagen, as well as Chinese technology giant Baidu and Silicon Valley's Amazon.

The latter two tie-ups show how Ford's reorganization isn't limited to conventional lines of business. If anything, Hackett has been a strong proponent of the plans launched by his predecessor to become a "mobility company." The new CEO has committed close to $1 billion to set up a new campus in the reviving Corktown neighborhood of Detroit to develop plans and technology for self-driving vehicles and other mobility alternatives, as well as electrified vehicles.

"Like so much of the Ford investment thesis," Morgan Stanley recently wrote, this is "a show-me restructuring and capital realignment story. Investors are still wanting more action in the form of decisive restructuring, business unit transparency, capital allocation, and external validation."

Considering many aspects of the Ford 2.0 strategy could take several years to materialize, investors could be in for a long wait.

More from NBC News:
Tesla, Musk reach proposed settlement after SEC suit over tweet
Ticketmaster accused of colluding with scalpers
Tesla under criminal investigation over Musk tweet, according to reports