Stocks are getting slammed for a 2nd straight day 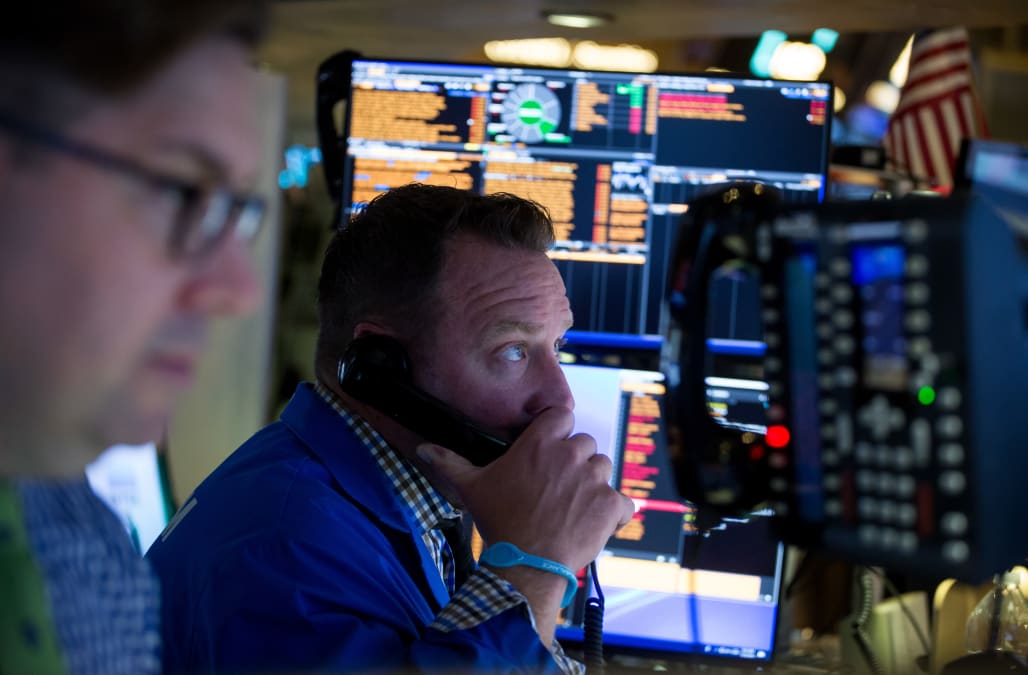 US equity markets were hit hard for a second straight day Friday, with all of the major averages sporting losses of at least 1% at their lows. Heavy selling pushed the tech-heavy Nasdaq down by as much as 2.1%.

Friday's weakness comes after the Bureau of Labor Statistics said the unemployment rate in the US fell to 3.7% in September, the lowest since 1969. Nonfarm payrolls rose by 134,000, fewer than expected and slowed in part by the wrath of Hurricane Florence. Almost 300,000 workers, most likely in industries like hospitality in which they're paid only if they show up, said the storm kept them away from their jobs.

The solid jobs report sent long-dated US Treasury yields to their highest level in over seven years, with the benchmark 10-year up more than 5 basis points to 3.24%. The recent strength in economic data has traders grappling with the possibility that the Federal Reserve could raise interest rates more quickly than expected. Those rate hikes would make it more expensive for companies to borrow money, and potentially choke off economic growth sooner than anticipated.

Heavy selling battered the Nasdaq for the second day in a row. This time the electric-car maker Tesla was in the crosshairs, down more than 7%, after CEO Elon Musk took a swipe at the Securities and Exchange Commission on Twitter.

"Just want to that the Short-seller Enrichment Commission is doing incredible work," Musk tweeted Thursday evening. "And the name change is so on point!"

Tesla shares were also pressured by the hedge fund billionaire David Einhorn comparing the company to the failed US bank Lehman Brothers in a recent letter to investors, according to CNBC. Apple fell about 2% after CNBC reported Einhorn's letter said he was selling shares for fear China would retaliate against America's trade policies.

On the upside, General Electric popped after laying out the contract details for Larry Culp, its new CEO. Culp will receive an annual salary of $2.5 million and have the potential to earn another $300 million if GE's stock price rises by 75% over the next four years, according to CNBC. He has the chance to earn $3.75 million in annual bonuses.

Looking ahead to next week, earnings season kicks off with Walgreens Boots Alliance reporting on Thursday and JPMorgan, Citigroup, and Wells Fargo all releasing their quarterly results on Friday.