Which companies have committed to a $15-an-hour minimum wage? 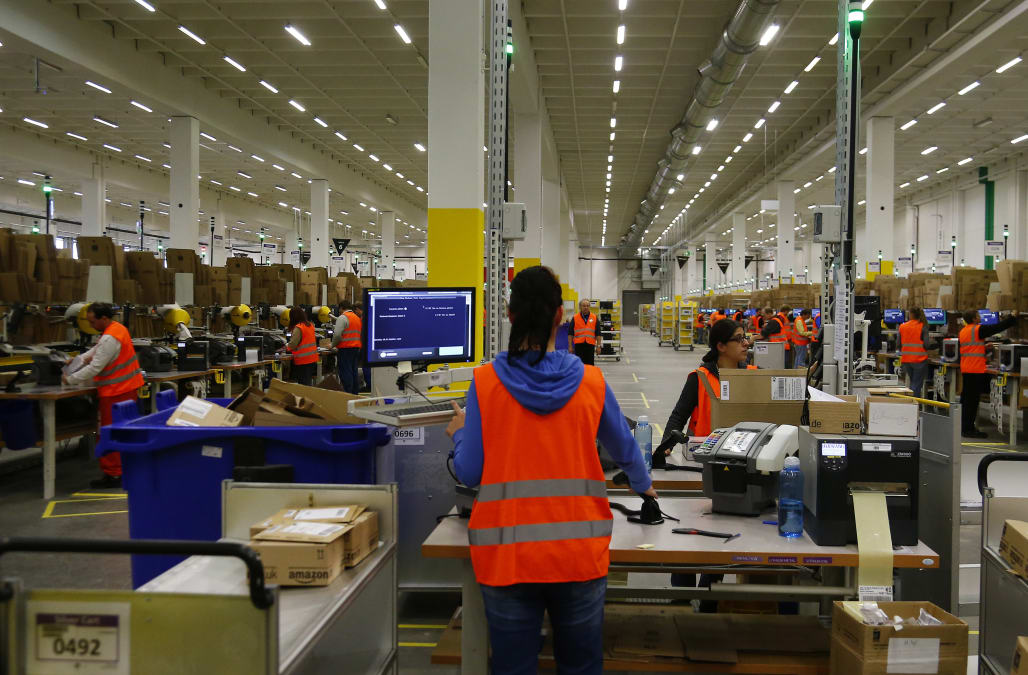 While the federal minimum wage has languished at $7.25 since 2009, a number of companies have stepped up and pledged to raise their lowest pay rate to $15 an hour. That has happened partly due to public pressure and partly because labor shortages have forced companies to pay more in order to fill open positions and retain workers.

The companies doing this may not be doing so for altruistic reasons -- some are clearly giving in to public and political pressure -- but workers getting paid more probably don't care why.  These are not the only companies that have agreed to raise worker pay to at least the $15 threshold, but they are some of the biggest employers in the country doing so.

Company that have committed to $15 minimum wage

Amazon (NASDAQ: AMZN) will raise its minimum wage for all workers, including "full-time, part-time, temporary (including those hired by agencies), and seasonal employees" in the United States" to $15 as of Nov. 1, according to a press release. This will affect 250,000 current employees and over 100,000 seasonal workers for the retail giant. The wage hike also applies to workers at the company's Whole Foods grocery chain.

The company has come under fire for its low pay rates given its level of success and the wealth of CEO Jeff Bezos. The CEO acknowledged that in his remarks in the press release.

“We listened to our critics, thought hard about what we wanted to do, and decided we want to lead,” he said. “We’re excited about this change and encourage our competitors and other large employers to join us.”

Target (NYSE: TGT) won't be hitting $15 as fast as Amazon. Instead, it raised its minimum wage to $11 an hour about a year ago, with plans to bring its lowest wage for all workers to $15 by the end of 2020. The retailer is not saying that it won't hit the $15 an hour mark earlier, but CEO Brian Cornell has pledged that it will reach that level for all employees by that date.

“Target has always offered market competitive wages to our team members. With this latest commitment, we’ll be providing even more meaningful pay, as well as the tools, training and support our team needs to build their skills, develop professionally and offer the service and expertise that set Target apart,” he said in a press release.

While it has not raised wages across the entire company, The Walt Disney Co. (NYSE: DIS) has reached separate deals at each of its major U.S. theme parks to hit the $15 threshold. The company plans to make the move at Disneyland in California beginning next year, and it will fully implement the higher wage at Florida's Disney World by 2021.

Workers in Florida won't have to wait until 2021 to see the increases. "Under the agreed upon terms, the minimum wage will climb incrementally over the next three years before hitting $15 per hour in October of 2021," CNN Money reported.

Cable companies are generally rated as some of the least-liked business in the U.S. Blame poor service, large appointment windows, and ever-rising prices. At least one cable company has plans to keep its workers happy as Charter Communications (NASDAQ: CHTR) plans to bring its minimum wage to $15 an hour.

"Charter's workforce is key to the success of our company," CEO Tom Rutledge said in a statement reported on by AL.com. "Our commitment to pay every employee at least a $15 per hour income will enhance our efforts to develop our highly-skilled, diverse and locally based workforce, improving their lives and the lives of the customers they serve."

The company plans to implement the new minimum wage by the end of 2018.

Ben & Jerry's may be a tiny brand compared to the other players on this list, but it's owned by Unilever (NYSE: UL), a large public company. The socially conscious ice cream company has long had a commitment to paying a livable wage, and that has continued under corporate ownership.

"Every year, we recalculate the livable wage to make sure it’s keeping up with the actual cost of living in Vermont," the company said on its website. "In recent years, Ben & Jerry’s livable wage has been nearly twice the national minimum wage, landing at $16.92 in 2015."

These companies are close

Costco (NASDAQ: COST) does not quite make this list, but it's very close. The warehouse club pays over $14 an hour as its minimum wage, and its workers -- 90% of whom are paid hourly -- earn an average of $22.50 an hour, according to The Seattle Times.

Another leader in its space, Apple (NASDAQ: AAPL) has not committed to a $15 minimum wage, but most of its employees make at least that much, according to data from Glassdoor. Workers at the chain's retail stores nearly unanimously report making at least that much, and corporate workers reported that they make well more.

A better climate for workers

While it's discouraging that this list is so short, progress is being made. When a company like Amazon or Target raises wages, that should force other players in retail to do the same thing, or risk losing out on the best workers.

Given the current low unemployment rate and the huge demand for seasonal workers, more companies are going to have to raise minimum wages. In addition, some cities including New York state and the city of Seattle have $15 minimum wage laws that are being phased in, and other municipalities are at least considering doing the same.

ALSO READ: Is America About to Have a Major Labor Shortage?

More from The Motley Fool:
10 brands that wouldn’t exist without millennials
Party City moves to Amazon
2 of America's favorite airlines are increasing fees