JetBlue is launching a basic economy fare to help it compete with Delta, United, and American 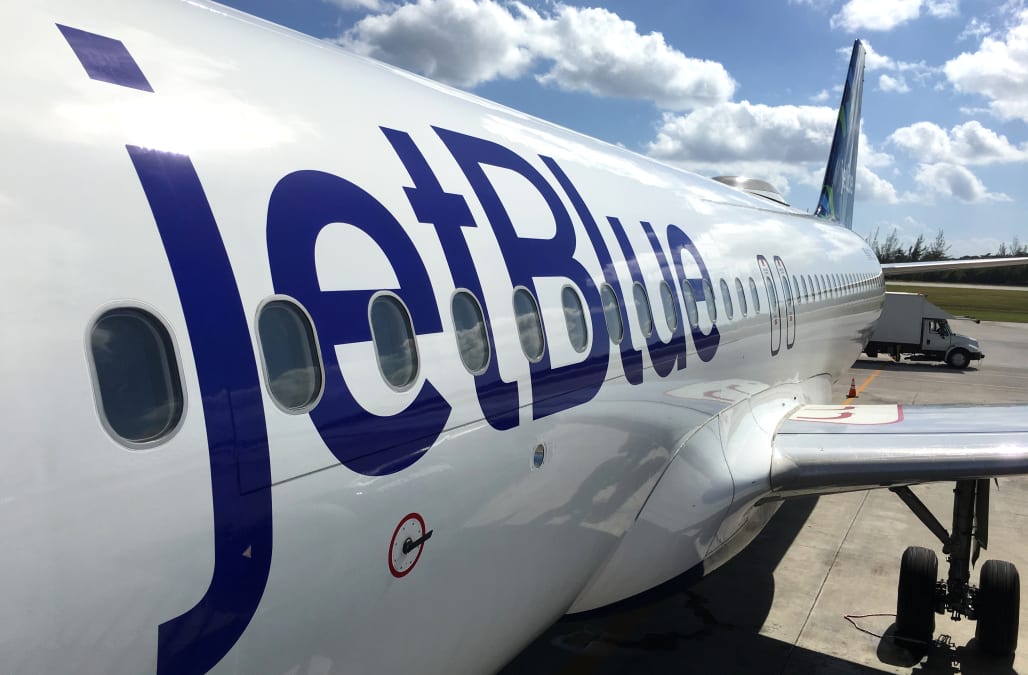 JetBlue Airways announced it will now be adding its own edition of basic economy to its seating choices, joining domestic rivals American Airlines, United Airlines, and Delta Airlines in offering lower-priced economy fares.

In a note addressed to crew members sent to Business Insider from a JetBlue spokesperson, JetBlue President and COO Joanna Geragthy wrote, "At JetBlue, we never liked the 'no frills' approach. But with these competitors now offering basic economy on many routes we fly, Customer behavior suggests our success is at risk if we do not disrupt this market by lowering fares without sacrificing the experience."

Pardon us for staring at the computer -- we're really busy

From opening the door of an incoming flight to coordinating assistance for wheelchair passengers and children traveling alone to preparing the same plane to depart again, gate agents have their hands full. They also deal with last-minute seat assignments, upgrades, customer questions, and crew or maintenance issues. When they seem like they're tapping endlessly on archaic computers for no reason, they're actually accomplishing countless tasks in limited time. Delta Air Lines management once required gate agents to make eye contact with anyone within five feet of the desk every five seconds. Delta agents will tell you just how tough that is. Check out the 13 things airlines don't want you to know.

We can't upgrade you for wearing a tie

The myth that dressing well gives you a better chance at a business class upgrade has been around for some time—and perhaps it was once true. Instead of picking the smartly dressed, though, today's agents follow a priority list, starting with elite frequent fliers. Not following that list, especially when customers can view that information on airline apps, is a big no-no. The only time an agent might upgrade someone for free is if economy class is overbooked and there are no more eligible passengers on the upgrade list.

We can get you a better seat -- if you ask nicely

As eligible passengers are upgraded, more (and often better) seats in economy class will free up. Plus, seats that were previously blocked can now be assigned, so you could ask for an upgrade to a seat with more legroom. Try asking politely about half an hour before departure to see if you can move out of that middle seat at the back of the plane. Don't forget these other 10 etiquette rules for flying on an airplane.

Don't panic if you don't have a seat assignment

This doesn't mean that the flight is overbooked or that you are not confirmed. Because many airlines block seats for families or those who need assistance, there may be times when you won't get a seat assignment right away; other seats might be blocked for frequent flier elite members or still open for sale. If you opt not to pay for a seat in advance—or couldn't pick one at check-in—never fear. Gate agents are working hard to get you an assignment before departure. Keep an eye on the standby list for your name.

Occasionally, we can hold a flight for you

Airline computer systems can alert agents to passengers who might miss a flight because of a late connection. In fact, gate agents are monitoring the record of passengers who might be en route to determine if they should give their seat away to someone else (but only if it is clear the passenger won't make it). They even have a term for late passengers who scurry to the gate: "runners."

If a large group of passengers is delayed by a flight—or if the agents are boarding the last flight of the day—they might hold a plane. But they have to weight a lot of factors: For example, will the crew "time out?" (Pilots and flight attendants can only work a limited number of hours.) On the other hand, they don't want to strand any unaccompanied minors or elite frequent fliers. In other words, you could get lucky if you're running late—but don't count on it.

If you're really late we'll give your seat away

If boarding has finished before you breathlessly charge the gate, there's a good chance the agent will have given away your seat. Agents have to print paperwork listing all of the passengers, plus weight and balance information about the plane, which pilots use for flight calculations. To let a late passenger on the plane, the gate agent would need to redo all that paperwork, delaying the flight even more. You're better off getting there early. If you have time to kill, here's how to never be bored at an airport again.

The computer picks the compensation for bumping -- not the agent

When you're angling for more benefits, the agent can't do much—the computer is calculating how badly the seats are needed and how much of a travel delay it would cause you; then it derives your compensation. Most agents don't have access to airline lounge passes or drink vouchers, so attempts to finagle more goodies most likely will prove futile. However, you could politely request that the agent ask a supervisor if it's possible to offer more. Just don't get your hopes up. Airlines from the European Union—and U.S. carriers operating from it—are subject to strict guidelines on what they can offer passengers if a flight is delayed, canceled, or oversold. However, agents won't always offer extra up front, so it helps if you ask. Here are 12 tricks for stress-free air travel.

Misbehaving can go on your permanent record

Seriously: Although each airline is different, agents can and do make comments on a traveler's record. While the agent may have to search for the info, your nasty behavior or comments in the past can haunt you when you travel—you could even be more likely to get bumped from future flights if you've been really disruptive. Don't miss these other 22 things your flight attendant won't tell you.

According to Geragthy's note, sometime next year JetBlue will change their fare options from Blue, Blue Plus, Blue Flex to new designations, considering possible working-title options Blue, Blue Save, and Blue More. According to the letter, these are tentative labels that are subject to change, with the final choices to be announced later.

A new JetBlue fare-class will be geared toward customers looking for flights at the lowest possible price point, which will put the New York-based carrier firmly in line with the basic economy standards offered by other domestic airlines.

Basic economy was created by America's biggest three airlines—American, United, and Delta—as a reaction to lower fares offered by ultra-low-cost carriers like Spirit Airlines and Frontier Airlines. Basic economy seeks to allow larger airlines to remain competitive against those super-low fares others offer without sacrificing the revenue generated by their traditional economy-class seating prices.

Basic economy targets those customers who are keen on value seating. In exchange for the lowest possible ticket price, these passengers in basic economy give up such common add-ons like early boarding, overhead space, and free carry-on bags.

In her note to crew members, Geragthy writes that customers in JetBlue's new basic economy will still have access to "the full JetBlue experience" like the most legroom in coach, free in-flight entertainment and free snacks, but they may find some limits on "things like boarding order, seating and change/cancelation flexibility."