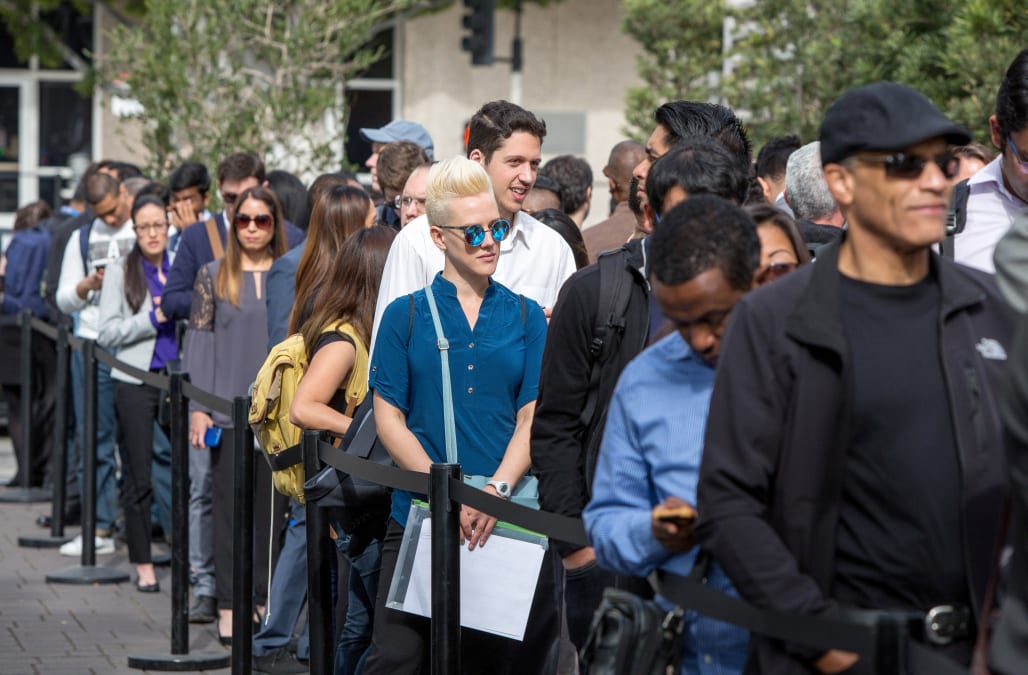 Gross domestic product increased at a 4.2 percent annualized rate, the Commerce Department said on Thursday in its third estimate of GDP growth for the April-June quarter. That was the fastest pace since the third quarter of 2014 and unchanged from the estimate published in August.

The economy grew at a 2.2 percent pace in the January-March period. Upward revisions to spending on residential structures and on nondurable goods like gasoline were offset by a downgrade to inventory investment.

The economy expanded 3.2 percent in the first half of 2018. Growth in the second quarter was driven by the Trump administration's $1.5 trillion tax cut package, which boosted consumer spending after it almost stalled early in the year.

There was a front-loading to soybean exports to China to beat retaliatory trade tariffs, which also powered growth. Economists had expected second-quarter GDP growth would be unrevised at a 4.2 percent pace.

More from Aol.com:
Expert warns next economic downturn will ‘be worse than the Great Depression’
White House economist Kevin Hassett: Tariffs are hurting China much more than US
Rebuilding lives, 10 years after Lehman's fall