UBS: The housing markets in these 6 cities are closest to a bubble 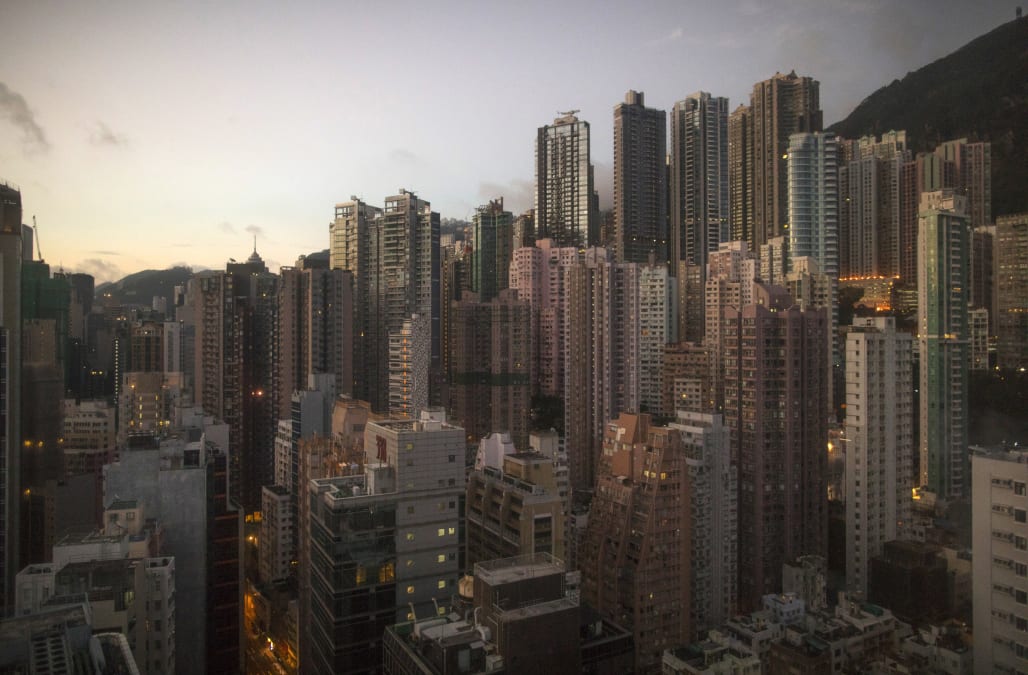 Housing costs are rising in almost every major city in the world.

At least six are at risk of being in a bubble, defined as a persistent rise in prices to the point where properties are well above their fundamental value.

"Most households can no longer afford to buy property in the top financial centers without a substantial inheritance," UBS said in its 2018 Global Real Estate Bubble Index.

"Rents continue to consume a significant share of income."

Policymakers will be required to intervene in affordability crises, by granting subsidies to first-time homebuyers, for example.

RELATED: Take a look at a few real estate books on Amazon that you should read ASAP:

Must-read real estate books from Amazon
Replace Your Mortgage: How to Pay Off Your Home in 5-7 Years on Your Current Income BUY IT
Lord of My Land: 5 Steps to Homeownership BUY IT
The Sell: The Secrets of Selling Anything to Anyone BUY IT
Buy It, Rent It, Profit!: Make Money as a Landlord in ANY Real Estate Market BUY IT
The Millionaire Real Estate Agent: It's Not About the Money...It's About Being the Best You Can Be! BUY IT
The Book of YES: The Ultimate Real Estate Agent Conversation Guide BUY IT
Real Estate's Best Kept Secret: The FHA 203k Program Can Change Your Life and Financial Future! BUY IT
Real Estate Investing For Dummies BUY IT
Best Real Estate Investing Advice Ever BUY IT
Up Next

But other policies could be more detrimental, UBS said. If governments impose heavy property taxes in expensive cities, they could chase away foreign investors. They could also cause prices to plummet too quickly, hurting existing homeowners who want to sell.

Bubbles are often hard to identify until they burst, but UBS has handpicked six cities that are at "bubble risk." Only two of the major cities they examined — Boston and Singapore — were considered "fairly valued."

Here's the list of cities on bubble watch in ascending order:

"The UBS Global Real Estate Bubble Index score for London declined for the second straight year but remains in the bubble-risk zone. Overall, inflation-adjusted prices are more than 10% higher than in 2007, when the last bubble burst, while rents have stayed roughly stable and real incomes have gone down by 10%.

... The relative weakness of the city’s housing market can be attributed to a few causes. First, housing remains unaffordable for London’s citizens ... Second, the prime segment is hurt by higher stamp duties for luxury and buy-to-let properties ... Third, inflation continues to erode the purchasing power of local residents."

"In the last four quarters prices climbed by 12% in inflation-adjusted terms. They are now 60% higher than in 2013.

Their ongoing explosive growth was fueled by the strongest income increase since 2013 among all cities and attractive financing conditions. The city’s housing price rise has more than doubled nationwide averages in the last five years. Given the highly strained affordability, a tightening of lending conditions might end the boom rather abruptly."

"Imbalances increased again as house prices rose in the past four quarters at a double-digit rate in real terms. Real prices have doubled in 12 years. The imbalances are mitigated somewhat by income growth and above-average rental growth of 5–7% in nominal terms over the last four quarters.

As the government tries to contain speculation, the tax burden is rising for high-end property buyers and foreign purchasers. The already strained affordability will become an acute issue if mortgage rates rise further, one that may halt the local market boom."

"Since the waning of the housing frenzy in the middle of last year, prices have stabilized over the past four quarters. In inflation-adjusted terms, they are 50% higher than five years ago.

Higher mortgage costs and tighter lending standards should limit the upside for the time being. But a short-term weakening of the Canadian dollar may again attract foreign buyers."

"Real prices have doubled in the last 10 years and seem to be continuing on an explosive trajectory.

"The market is chronically undersupplied. Demand remains buoyant thanks to the residential market's high appeal to local and foreign investors alike. So over the last decade its affordability has fallen the most among the cities considered in this study.

Even for highly skilled workers, property ownership is now out of reach. With citizens priced out of their own market, political pressure has mounted to curb price growth. Recently, the government announced an occupancy tax for vacant, completed units to encourage developers to sell them as quickly as possible, in an effort to improve supply." DON'T MISS:
The 16 cities where Americans struggle the most to pay rent »

More from Business Insider:
BANK OF AMERICA: The most important segment of the housing market has peaked
GOLDMAN SACHS: Professional stock pickers can make a killing by buying these 15 companies everyone else is flocking to
New York City homeowners are cutting prices in a way not seen since the financial crisis

SEE ALSO: A fund manager who's crushing nearly all of her peers breaks down 3 under-the-radar stocks driving her strong performance