Competing brands that are actually owned by the same company 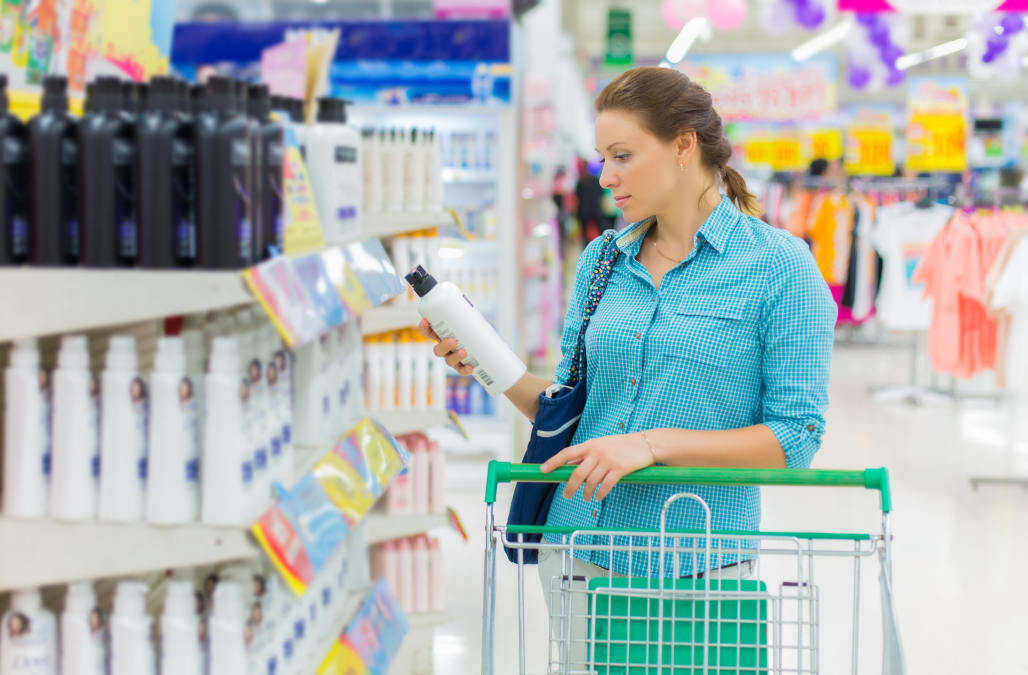 Between department stores and online retailers, American consumers have access to an overwhelming plethora of options for most any product they wish to buy. Sometimes, however, those options aren't as varied as their branding schemes might indicate, as some companies practice multi-branding, running apparently competing brands within the same industry to soak up more market share. We've listed some of the most egregious corporate practitioners of multi-branding below, so you'll have a better idea of where your money's going on future shopping trips.

Competing brands that are owned by the same company

Based in Bellevue, Washington, Expedia Group owns most all the major travel fare aggregators and metasearch sites you probably use when planning a vacation, including CheapTickets, Orbitz, Travelocity, and its namesake Expedia. As such, all their sites tend to return similar, if not identical, booking options. Expedia has been actively acquiring competing travel booking services since 2000, with their major remaining competitor being Priceline, which also owns Kayak and Booking.com.

Procter & Gamble is a multinational corporation headquartered in Cincinnati, as well as one of the world's foremost practitioners of multi-branding in cleaning and personal care products, even after selling off more than 40 brands in 2015. In personal care, they operate the competing brands Head & Shoulders, Herbal Essences, Pantene, and Pert Plus, as well as shave product supplier Gillette. One comparison from 2015 based on thousands of customer reviews ranked the anti-dandruff Head & Shoulders shampoo above the rest with amino-acid supplying Pantene shortly behind and Herbal Essences near last.

In addition to cleaning your hair and laundry, P&G has your back when it comes to cleaning the home too, with their small army of iconic brands like Mr. Clean, Swiffer, Cascade dishwashing detergents, Dawn dishwashing liquids, Febreze odor eliminators, Charmin toilet papers, and Bounty paper towels.

Johnson & Johnson is a multinational company based in New Jersey with diverse offerings in beauty and pharmaceutical products. For the former, their skincare lines include Johnson's Baby, Johnson's Adult, Neutrogena, Clean & Clear (designed specifically for teens), Aveeno (emphasizing "active natural" ingredients in its branding), Neutrogena, and Le Petit Marseillais (France).

Most first aid kits are full of Johnson & Johnson products, too. For knee scrapes and paper cuts, they have Band-Aids; for fevers and pain relief, there's Tylenol and Motrin; for allergies, Zyrtec, Sudafed, and Benadryl.

Originally formed through successive mergers of three international brewing groups, Anheuser-Busch InBev is the world's largest brewing company by a long shot, and in 2015, they merged with SABMiller to acquire 30 percent of the global market share. Their internationally marketed brands include, among many others, the American lager Bud Light, Belgian pilsner Stella Artois, and Beck's, brewed in Bremen and still in accordance with a German Beer Purity Law of 1516. In recent years, they've also been active acquiring craft breweries like Four Peaks in Arizona, Elysian in Washington, Goose Island in Chicago, and Golden Road in California.

For a price, Nestle also feeds the world's infants and pets with leading brands in their respective industries like Gerber and Friskies. In dry and wet food, Purina and Friskies are the more basic options whereas Fancy Feast offers fancier branding and higher protein content, albeit at a higher price comparable to smaller competitors.

Though wholly owned by Mars, the Wrigley Co. is in a sense its own corporate empire founded on chewing gum. Many of the most common breath fresheners are theirs, like Spearmint (minty), Juicy Fruit (juicy, fruity), Big Red (cinnamon-spicy), Hubba Bubba (bubble gum), Extra (sugar-free), and Altoids (mints).(Andrey Rudakov/Bloomberg via Getty Images)

Mars is also Nestle's biggest rival in pet food. Of their three biggest brands in this vertical, nutritionist-developed Iams tends to cost more than dog-centric Pedigree and cat-centric Whiskas while offering negligible differences in protein and fiber content.

Louisville, Kentucky-based Yum! Foods has their bases covered when it comes to fast food. They own the world's second largest chain in the industry overall (KFC), its largest pizza chain (Pizza Hut), and its largest Tex-Mex chain (Taco Bell).

This may be the most insidious multi-branding scheme yet — the J.M. Smucker Co. producing the leading brands in both peanut butter and jelly?! Yes, the Ohio-based food manufacturer makes both Smucker's fruit spreads and Jif nut butters, as well as a wide assortment of food products associated with them — like Uncrustables, ice cream toppings, Crisco cooking oils, Pillsbury baked goods, Santa Cruz organic juices, R.W. Knudsen juices, and Folger's coffee.

(Photo by Richard B. Levine)

Unilever is another transnational company that's behind a disquieting number of the world's most popular consumer products. They're especially big in prepackaged ice cream as Good Humor-Breyers, with their portfolio including the world's most popular brand Magnum (chocolate-dipped bars marketed as shapely and refined), plus competitors like Klondike (square-shaped bars), Ben & Jerry's (creative, often celeb-sponsored flavors), and now Talenti (gelato).

Facebook is a massive social networking company that's redefined how we interact as well as how we get our news, and they've been active in acquisitions since their founding, absorbing more than 65 other online companies since 2005. Most of these, like Friendster and Lightbox, were subsequently shut down, but two of their biggest buys, Instagram and WhatsApp, have continued to thrive in their respective niches of photo sharing and mobile messaging.

In the online backlash caused by Nike's recent Colin Kaepernick ad campaign, some online commenters pledged to boycott the athletic footwear manufacturer in favor of competitors like Converse, unaware the sneaker brand has been owned by Nike since 2003. The Oregon-based company also owns the basketball shoe brand Air Jordan and clothing brand Hurley.

Second only to Nike in global footwear sales is the German multinational corporation Adidas, whose marketing similarly focuses on athletic use. Reebok operates as a subsidiary based in the U.S., but operates in largely the same market space, manufacturing shoes and apparel while sponsoring sports leagues like CrossFit and the Ultimate Fighting Championship.

Luxxotica is the world's largest eyewear company, vertically integrated to design, manufacture, market, and sell more than 40 glasses brands internationally. They supply sunglasses and prescription frames for separate designer brands like Chanel and Prada while also selling their own brands like Ray-Ban (known for their iconic American Aviator and Wayfarer lines), Persol (luxury frames originally marketed to pilots and race drivers), and Oakley (sports goggles and travel gear as well as standard sunglasses) at jointly owned retailers like LensCrafters and Sunglass Hut.

Match Group dominates the online dating market through acquisitions and multi-branding. Match.com is the original iteration launched in 1994 and now available in 25 countries, while OkCupid offers a more algorithmic-based matching system and PlentyofFish is a more conversation-based interface available in 11 languages. Tinder is advertised as the world's leading app for meeting new people, most known for facilitating semi-anonymous hookups whenever both parties swipe right.

Nabisco is a subsidiary of the transnational food giant Mondelez International that's responsible for many of America's most popular cookie- and cracker-based snacks, including but not limited to Wheat Thins, Triscuits, Ritz Crackers, Belvita, Teddy Grahams, Nutter Butters, Oreos, and Chips Ahoy!