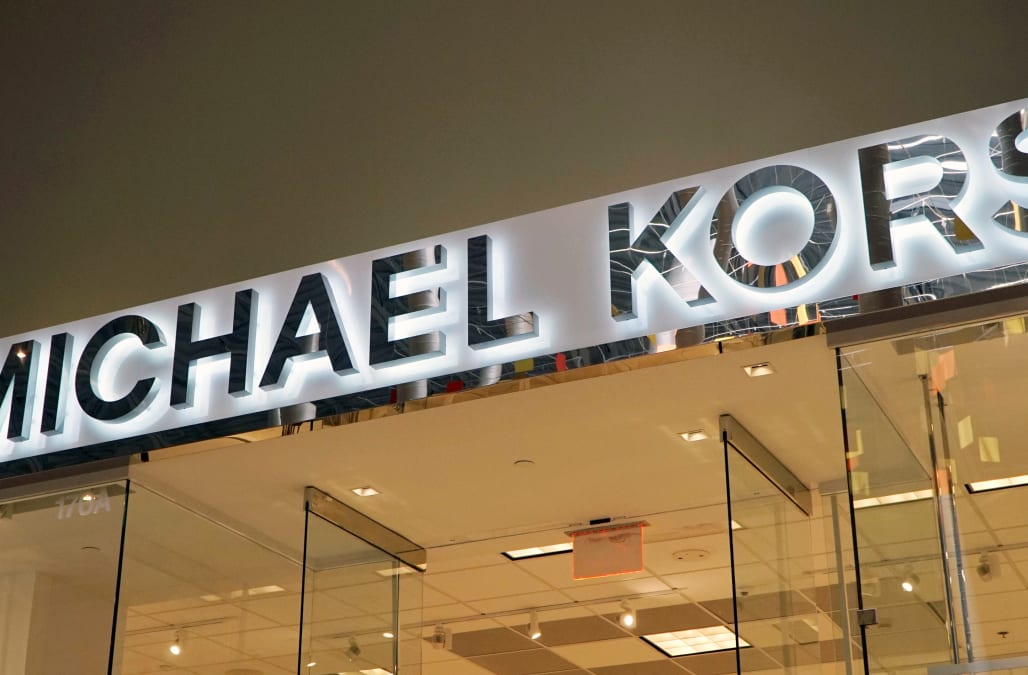 LONDON, Sept 24 (Reuters) - U.S. fashion group Michael Kors Holdings Ltd has agreed to take control of Italy's Versace in a deal that could value the company at $2 billion, sources familiar with the matter said on Monday.

Michael Kors, whose namesake label is best known for its leather handbags, has made no secret of its ambition to grow its portfolio of high-end brands after swooping on British stiletto-heel maker Jimmy Choo for $1.2 billion last year.

Versace is one of a clutch of family-owned, independent Italian brands that have regularly been cited as attractive targets at a time when the luxury industry is riding high on strong demand from Chinese consumers.

But not all brands have benefited equally, with some struggling to refresh their image or products to capture a younger audience, and some fashion groups are looking to diversify with more labels to face such challenges.

The deal gives Michael Kors a mega-brand and red carpet favorite that is among the most recognizable and followed fashion labels in the world. Two of the three sources who spoke to Reuters said the company had agreed to pay a large premium for Versace, known for its Medusa head logo.

Donatella Versace, sister of late founder Gianni who doubles as artistic director and vice-president of the Milan-based group, has called a staff meeting for Tuesday, according to a person who was briefed by a company employee.

The Italian fashion icon has been considering a market listing after U.S. private equity group Blackstone bought a 20 percent stake back in 2014 to fund overseas expansion, although Chief Executive Jonathan Akeroyd told Reuters earlier this year there was no rush for a market debut.

After investing in Versace at a high multiple, Blackstone found the fashion group's performance disappointing and not sufficient to justify a market listing, said one of the sources, who is close to the family.

"They gradually persuaded the family to look into a possible sale and introduced them to a series of buyers, including Michael Kors," the person added.

"Blackstone wasn't going to put any more money into it. They needed a buyer who could make heavy investments."

French fashion houses including Paris-based Kering were among those holding talks with the Versace family, the sources said, but considered the price too expensive.

"They didn't feel the need to invest so much money into another Italian fashion brand. It was overpriced," the source said.

As part of the deal, Blackstone will fully exit the Italian company, while the Versace family, which owns the rest of the fashion house, will keep a role, the sources said.

An official announcement is expected this week, the sources said.

Versace does not disclose its financial details, but documents deposited with the Italian chamber of commerce show the Milan-based group last year posted sales of 668 million euros ($786 million) and earnings before interest, tax, depreciation and appreciation (EBITDA) of 44.6 million euros.

The group last year returned to a net profit of just under 15 million euros compared with a net loss of 7.9 million euros the previous year. ($1 = 0.8499 euros) (Additional reporting by Claudia Cristoferi, Giulia Segreti and Elisa Anzolin in Milan and Sarah White in Paris, writing by Agnieszka Flak; editing by Louise Heavens and Kirsten Donovan)