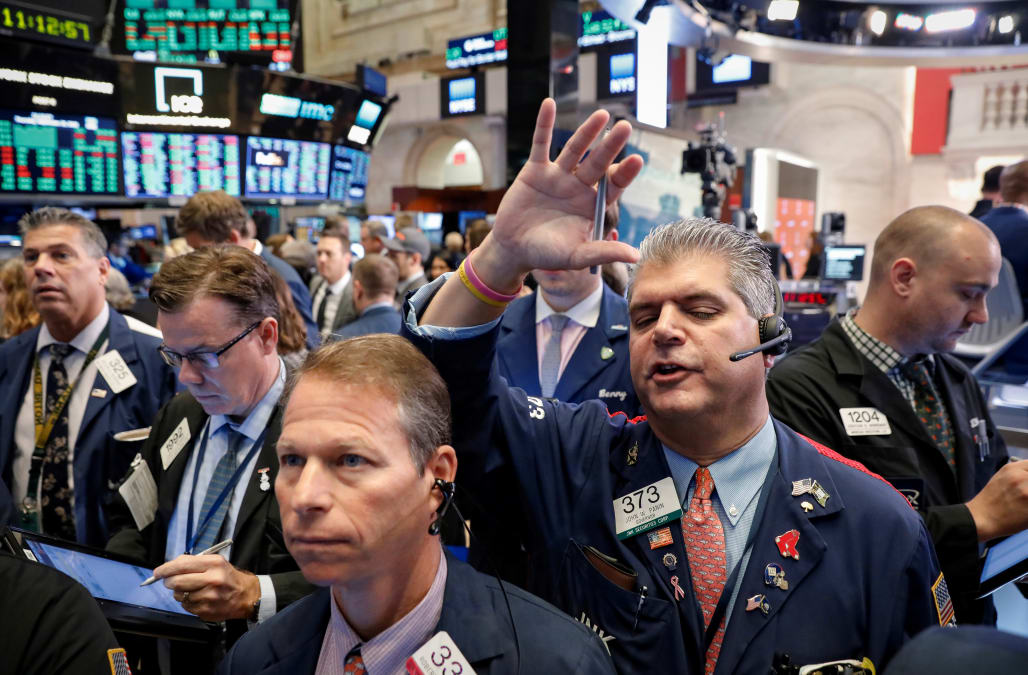 Microsoft Corp and Apple Inc were up 1.5 percent and 0.8 percent, respectively. The companies headed up the tech sector's 1.1 percent gain.

The rally reflected a market that seems to have taken the ongoing trade dispute in stride, after both countries announced impending tariffs on bilaterally-traded goods earlier in the week.

Trade sentiment was further boosted as the dollar index fell to its lowest in more than ten weeks. A weaker dollar supports U.S. exports.

"It has a lot to with the ebbs and flows of the headlines coming out of Washington," said Matthew Keator, partner in the Keator Group, a wealth management firm in Lenox, Massachusetts. "The macro issue of the day is risk-on trade, risk-off trade."

"Corporate cash flow is at a record high, unemployment is low, regulatory reform and tax reform have certainly provided winds to the sails of the market," Keator added.

Meanwhile, U.S. 10-year Treasury yields edged down but remained close to a 4-month high ahead of the Fed's anticipated rate hike. Higher rates typically benefit the financial sector, which was up 1.0 percent.

Of the 11 major sectors of the S&P 500, eight were in positive territory.

Among the FAANG group of momentum stocks, Netflix Inc was lower. The remaining members of the group were up, with Facebook Inc, Apple Inc, Amazon.com and Google parent Alphabet Inc, gaining between 0.8 and 1.5 percent.

Nike Inc rose 1.2 percent after an analysis of the company's online sales data by Thomson Reuters Proprietary Research revealed it had sold out of 61 percent more merchandise since the appearance the ad campaign featuring NFL player Colin Kaepernick.

Shares of Under Armour Inc rose 5.2 percent as the sportswear company announced it was cutting 3 percent of its workforce as part of its turnaround scheme.

Defense stocks, including Northrop Grumman Corp, Lockheed Martin Corp and Raytheon Co were down after the United States said it was ready to resume talks with North Korea after Pyongyang pledged to denuclearize by 2021.

Advancing issues outnumbered declining ones on the NYSE by a 2.17-to-1 ratio; on Nasdaq, a 2.77-to-1 ratio favored advancers.

More from Aol.com:
Trump's latest tariffs are about to hit you where it really hurts
China has 'no choice' but to hit back at Trump's $200 billion tariffs — kicking the trade war up another level
Wall Street dragged by Apple, Amazon, fears of fresh tariffs