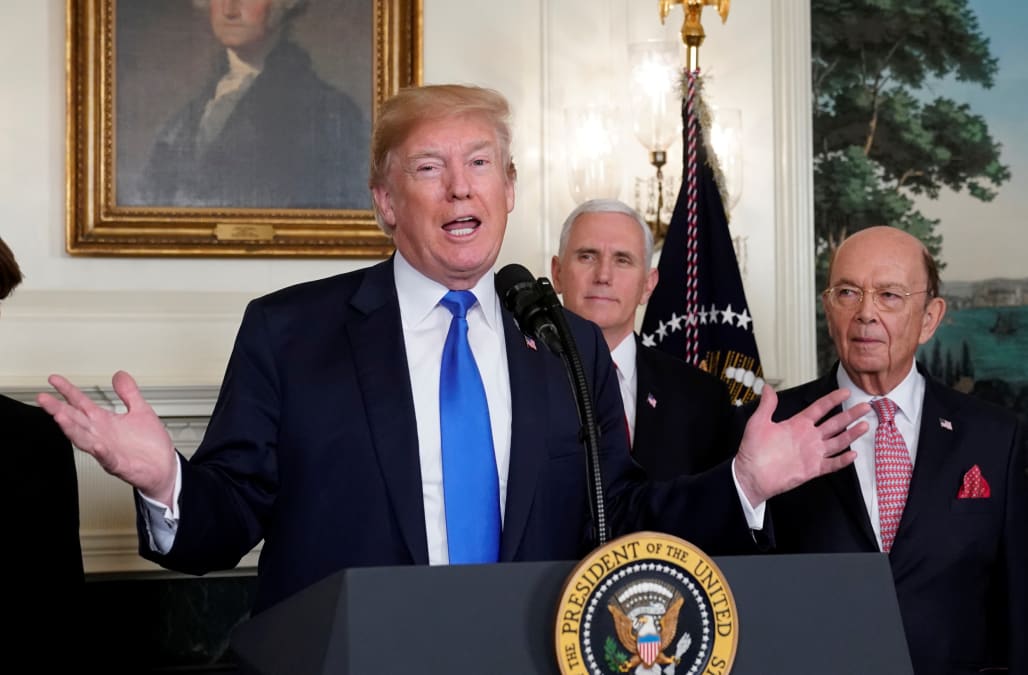 Stocks surrendered their gains Friday after Bloomberg reported President Donald Trump instructed his administration to follow through with tariffs on roughly $200 billion worth of Chinese imports — despite a fresh round of trade negotiations between the world's largest economies having been proposed days earlier. 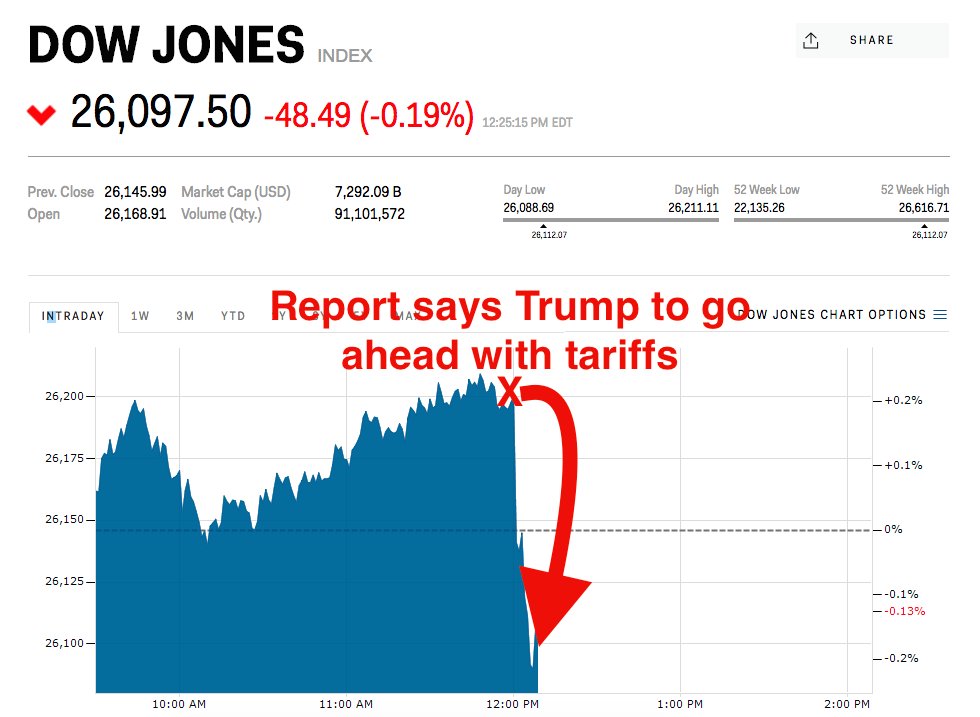 Shares of large-cap industrial stocks like Caterpillar (-0.6%) fell following the report. Boeing (+0.4%) pared gains after trading up more than 1%. Apple, which recently warned tariffs could force the company to raise prices, extended losses to trade down 1.2%.

On the commodities front, oil prices shed nearly $1 per barrel as investors feared China could retaliate with its  proposed 25% tariff on crude imports. West Texas Intermediate, the US benchmark, nearly erased gains and fell below $68 a barrel. Brent was trading down 0.2% at $78.25.

RELATED: Chinese goods that will be hit by Trump's tariffs

Chinese goods that will be hit by Trump's tariffs
Bubbles form in lubricant oil inside a barrel at the Royal Dutch Shell Plc lubricants blending plant in Torzhok, Russia, on Wednesday, Feb. 7, 2018. The oil-price rally worked both ways for Royal Dutch Shell Plc as improved exploration and production lifted profit to a three-year high while refining and trading fell short of expectations as margins shrank. Photographer: Andrey Rudakov/Bloomberg via Getty Images
Cellophane packaging tape on background
Macro detail of container with CBD oil, cannabis live resin extraction isolated on white - medical marijuana concept
Warehouse industrial and logistics companies. Coiled plastic pipe.
LONDON, ENGLAND - NOVEMBER 20: Plastic plates on display in a cash and carry on November 20, 2017 in London, England. The Chancellor Philip Hammond is expected to announce a consultation into a possible tax on single-use plastics such as takeaway cartons in this week's Budget. (Photo by Jack Taylor/Getty Images)
Steel cables are used at a section of the Hong Kong-Zhuhai-Macau bridge in Zhuhai, China March 28, 2018. REUTERS/Bobby Yip
Continuously variable transmission metal parts close-up
discs of a modern agricultural aggregate for surface treatment of soil.
Agriculture - aerial view of harvest fields with tractor. Farmer preparing land with seedbed cultivator
OLYMPUS DIGITAL CAMERA
A thermometer is pictured on top of the highest German mountain, the Zugspitze, in Garmisch-Partenkirchen, Germany February 28, 2018. REUTERS/Michaela Rehle
Car Speedometer on dark background
Modern electric meter close up view
Up Next

Another round of US tariffs would bring the running total of targeted Chinese products to $250 billion, and is poised to affect consumers more than the levies already enacted.

Beijing, which was swift to counter Trump's first two rounds of tariffs in kind, has signaled it will retaliate against further trade escalations. While China doesn't import enough from the US to match the duties dollar-for-dollar, it could increase tariff rates or use qualitative measures like creating administrative headaches for American companies.