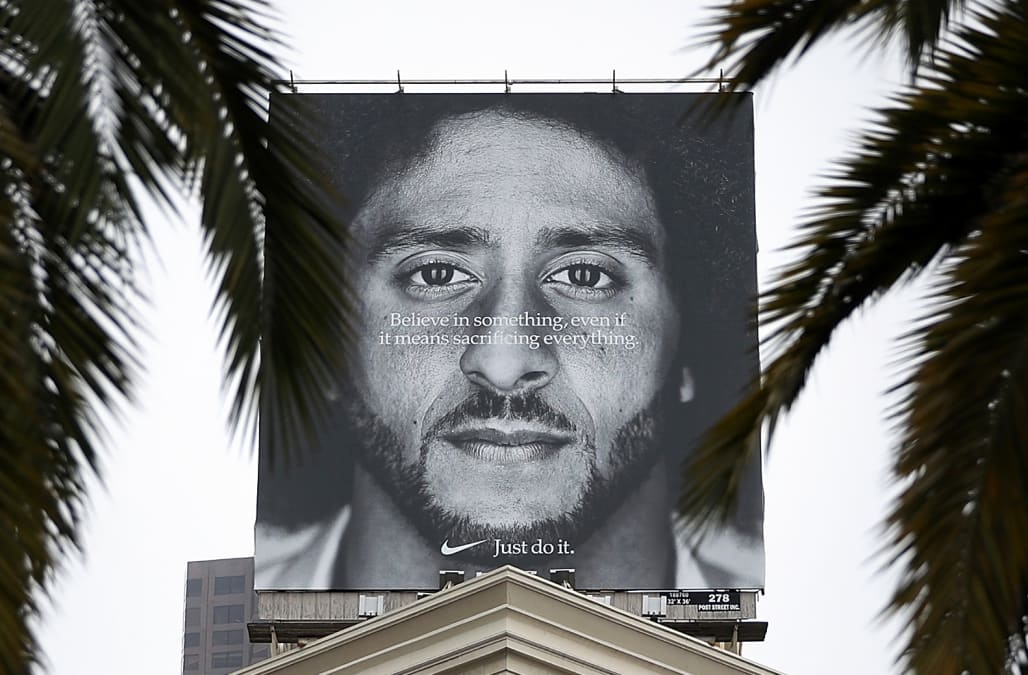 Nike's controversial ad featuring Colin Kaepernick has paid off, at least among millennial investors, according to data from Robinhood, a no-fee brokerage popular among younger traders.

The sneaker maker tapped several athletes including Kaepernick, the football quarterback who protested racial injustice by kneeling during the national anthem, as the faces of a campaign marking the 30th anniversary of its "Just Do It" slogan.

Nike shares are down 2% this week, following the campaign reveal on Monday. Meanwhile on Robinhood, a total of 15,191 investors added Nike to their portfolios this week, up 45% from last week, according to Business Insider's tracking of the data.

Nike is the 37th most popular stock on the brokerage, up from 57th last week.

The issue of players kneeling during the national anthem could once again take center stage as the NFL season kicks off on Thursday. It drew the ire of President Donald Trump, who tweeted Wednesday about Nike's ad featuring Kaepernick.

"Nike is getting absolutely killed with anger and boycotts," Trump tweeted. "I wonder if they had any idea that it would be this way?"

According to Oppenheimer analyst Brian Nagel, the sneaker giant is taking some short-term pain for long-term gain. Nagel said that the company is trying "to make some noise" in the industry via its athletes and their stories, regardless of any political leanings, according to MarketWatch.

Shares of Nike are up 29% since the start of this year.