What retirees must know about President Trump's latest tax proposal 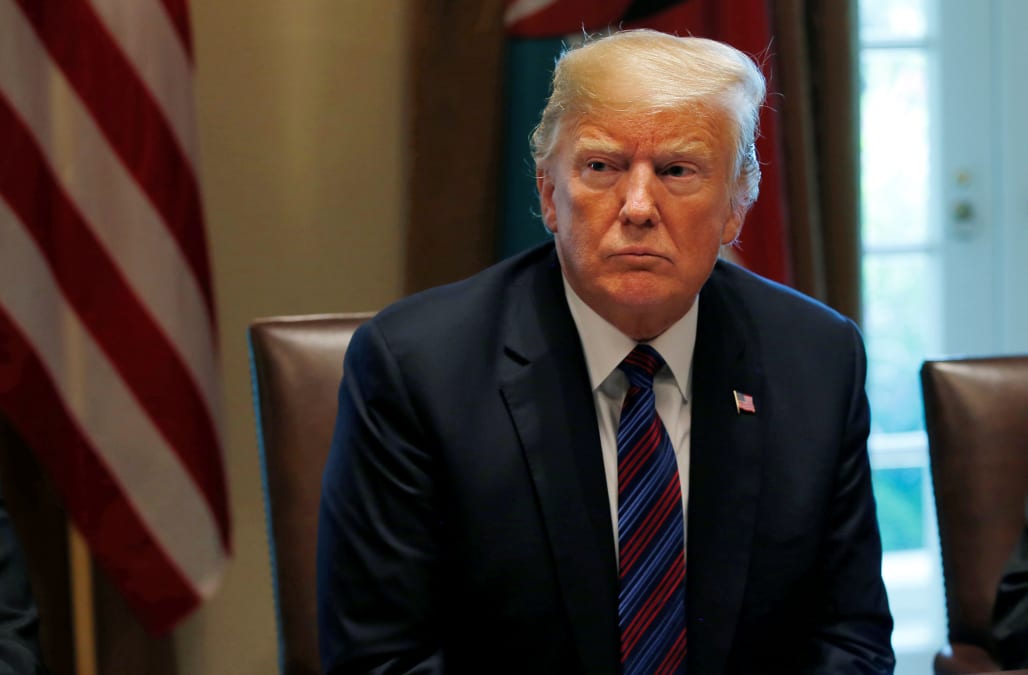 Saving for retirement is important, and tens of millions of Americans use tax-deferred accounts like IRAs and 401(k)s to build up a nest egg for their golden years. Traditional IRAs and 401(k)s offer a trade-off: reductions in tax now in exchange for agreeing to pay taxes on withdrawals in retirement. Moreover, under current law, retirees can't just leave their money in their retirement accounts forever, as rules require you to take required minimum distributions once you reach a certain age or else pay a huge penalty.

However, President Trump is expected to issue an executive order today that could lead to a future change in these rules. That would potentially loosen the requirements for required minimum distributions, granting retirees more flexibility in deciding when and how much of their nest egg they take out.

The idea behind having required minimum distribution rules is to put a limit on the extent to which retirement savers can reap the tax benefits that IRAs and 401(k)s and offer. In order to do so, the rules require accountholders to calculate certain amounts that they have to take out each year, regardless of whether you actually need the money to make ends meet in retirement.

Specifically, the RMD rules state that you need to start taking withdrawals from traditional IRAs and 401(k)s during the year that you turn 70 1/2 years old. That's an odd age, but what it means is that if you were 70 in or before June 2018, then you'll need to take an RMD this year. If your 70th birthday wasn't until July or later, then you won't have to worry about taking a withdrawal until 2019 under the current rules. If 2018 is the year that you reach 70 1/2, there's a special extension that gives you until April 1, 2019, to take your RMD. Older retirees must take their distributions by Dec. 31 of the current year in order to avoid penalties.

RELATED: Check out the best U.S. states for retirees:

Best and worst states for retirement 2018
1. Florida – You knew it had to be high on the list, didn't you? In terms of affordability, Florida topped the list while it placed fifth in terms of quality of life, overcoming its 20th-ranked healthcare rating.

2. Colorado – Ranked second in healthcare while quality of life came in 8th place, Colorado is constrained by its 23rd-place ranking in affordability.

3. South Dakota – The home of Mount Rushmore is the second most affordable state and ranked sixth when it came to healthcare, but can't break the top half in quality of life (ranked 32nd).
4. Iowa – Not typically thought of as a retirement destination, Iowa has decent rankings across the board (9th in healthcare, 11th in quality of life and 26th in affordability).

5. Virginia – Quality of life ranks well in Virginia (9th) while affordability and healthcare rankings are above average (18th and 21st respectively).

The next five desirable retirement states after Virginia are, in order, Wyoming, New Hampshire, Idaho, Utah, and Arizona.

What about the five states with the worst rankings? In descending order, they are:

46. Arkansas – Dead last in quality of life and 45th in healthcare, Arkansas is pulled up by its 20th-place showing in affordability.

A change to RMDs?

Multiple news reports have said that the president will issue an executive order on Friday that will seek to change the rules on required minimum distributions. Few details were available, but most commentators speculate that the order will simply request that the Treasury Department look at the rules governing RMDs.

Many retirement advisors hope that the order will eventually lead to the loosening or removal of the RMD rules. The move wouldn't be unprecedented, as Congress and President George W. Bush created a law that waived the required minimum distribution requirement for 2009, during the worst of the financial crisis. That law, however, involved only a one-year waiver, not a permanent modification as some now hope the Trump administration will seek.

Benefits of changing the RMD rules

There are a couple of key reasons why some retirees would like to see RMD rules changed. The most obvious is that rule changes could allow them to enjoy a longer period of tax deferral, avoiding an unnecessary large jump in tax liability if they don't actually need their IRA or 401(k) money for their immediate financial needs.

In addition, the penalties for not taking an RMD have historically been onerous. Current law looks at the amount of the RMD you should have taken and then imposes a whopping 50% penalty if you don't take it. That's usually enough to convince retirees that the IRS means business, but it can lead to harsh results in cases involving simple neglect or ignorance.

Finally, some people find it challenging to calculate the actual RMD they need to take. The calculation involves taking the total of eligible IRA and 401(k) accounts, applying an IRS factor based on life expectancy, and doing some simple math. Yet many taxpayers find the IRS worksheet that governs RMDs to be less than clear, especially because it doesn't account for certain special situations, such as married couples in which there's a greater than 10-year difference in age between the two spouses.

Keep your eyes on Washington

Another reason why amending RMD rules might be attractive is that it would make the treatment of traditional and Roth retirement accounts the same. Roth IRAs don't require RMDs, giving retirees who use those accounts maximum flexibility in timing their retirement withdrawals. Those favoring the change in policy argue that if indefinite use of tax-free growth in Roth IRAs is OK, then indefinite tax deferral for traditional retirement accounts should be OK as well.

Even if the executive order comes out as planned, though, retirees shouldn't get their hopes up for a quick resolution. Rulemaking processes can be lengthy, and it's not entirely clear whether a simple rule change could make the change with congressional approval. Nevertheless, if you have traditional IRAs and 401(k) accounts that you don't need to tap right away, changes to RMD rules could be exactly what you'd like for your financial plan in retirement.

More from The Motley Fool:
30% of employees can't answer this Simple 401(k) question
3 reasons it's smart to take Social Security benefits at 62
What's the difference between a pension and a 401k?