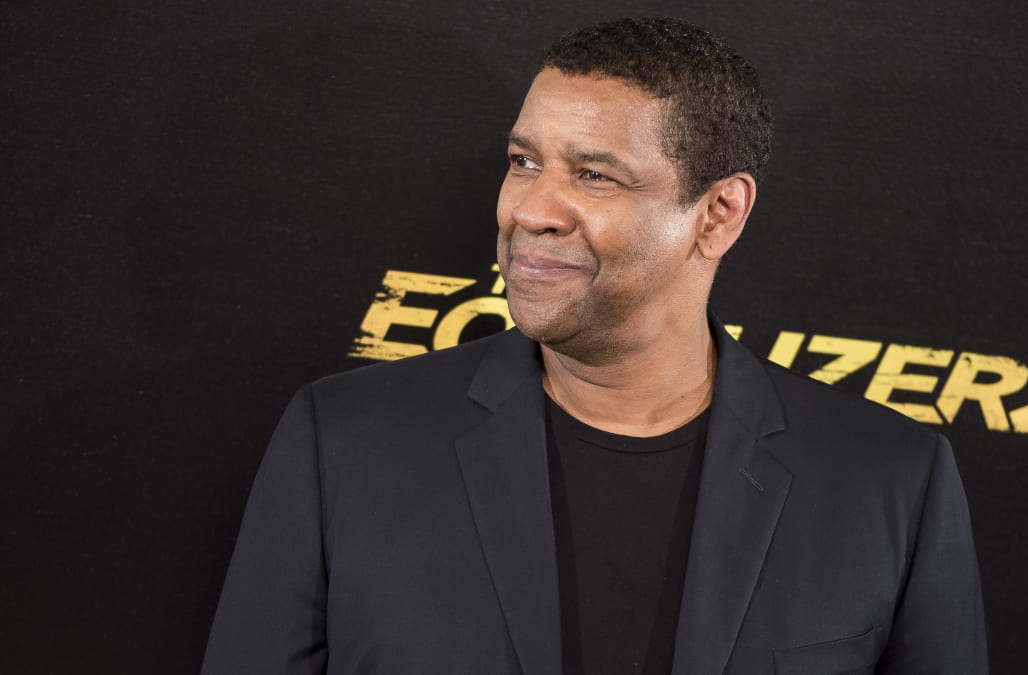 Part of being one of the best in your career field is realizing that you’ll never quite know it all — knowing that our capacities for growing and improving never reach a maximum helps keep us humble and eager.

When it comes to the world of entertainment, it’s pretty indisputable that Denzel Washington is at the top of the acting field, from legendary roles to a highly-impressive skillset.

His first-ever sequel role and newest film, ‘Equalizer 2’, features the actor as daytime Lyft driver Robert McCall, a role that presented a new set of challenges for Washington solely based on the fact that he hasn’t necessarily had experience as a ride-sharing drive -- in fact, the A-lister had never even taken Lyft prior to his training for the film!

To prepare Washington for the role, filmmakers tapped Markel Wade, a professional actor and five-year Lyft driving veteran who hails from Boston.

Wade trained Washington for three days, teaching him the do’s, don’ts and secrets of what it’s like to be a Lyft driver, even getting Washington (a diehard Yankees fan) to sport a Boston Red Sox hat on the road.

We had a chance to chat with Wade about his experience and what it was like training Washington for his latest role and found that the two really weren’t so different after all.

AOL: How did you come to be the person Denzel trained under — was there an application process? Were you approached? Walk me through how this came into fruition.
Markel Wade: It was an opportunity that I learned about through Lyft. I’ve been a Lyft driver since 2013 and was one of the first Lyft drivers in Boston. When Equalizer 2 began filming in Boston, Denzel was looking for a real person to learn from—someone who knew the ropes, had insider tips, and shared the same commitment to community as his character, so Lyft approached me with the opportunity. I’ve also done some acting myself, so I was really excited to bring these passions together.

AOL: What was it like meeting Denzel for the first time? Do you remember your first conversation?
MW: I’m not easily star stuck, so we were able to have a very laid back conversation. Our first meeting was on-set before I learned that I was going to drive Denzel around—just the two of us. From the minute we met, we had a strong mutual respect. He’s a solid, down-to-earth guy, really dedicated to his craft, and he was genuinely interested in learning about me—where I was born, about my family life, what motivates me to be a Lyft driver. I let him know that everything I do is for my two kids.

AOL: What was something you learned from Denzel that surprised you?
MW: He’s a die-hard Yankees fan. I’m just as much of a die-hard Red Sox fan, so we bonded over baseball during our rides. Early on we joked about how much we hate each other’s home teams, so naturally I bought him a Red Sox cap, and he bought me a Yankees cap. We agreed to wear them under the condition that no pictures be taken...ever! After about a minute, we both couldn’t stand wearing the caps any longer. But, I still have the Yankees cap he got me—it’s a good story to tell.

AOL: What were two or three key things you wanted to make sure Denzel learned about being a Lyft driver going into the project?
MW: Denzel had never taken a Lyft or any rideshare ride before, so we reviewed everything. I introduced him to the app and showed him how to pick up and drop off passengers. To help him be as authentic as possible in the role, there were certain veteran driver tips I really drilled home: Always make sure your car is clean and smells good. You want to make a good first impression; When the passenger gets in your car, try and get a good read on his or her vibe. If you ask, 'How is your day today?' and they respond with 'Fine,' then they probably aren’t into having a conversation during their ride and be natural–you don’t want to come across as nervous when a passenger gets into your car.

AOL: Would you want to ride with Denzel as your Lyft driver in real life? How do you think he would be as a driver?
MW: I would definitely give Denzel a 5-star rating. He’s really a versatile conversationalist and can engage you on almost any topic, especially sports! He’s also a great motivational speaker, so I would expect to get to my destination all the wiser because he would share kernels of wisdom throughout the ride.

AOL: Is Lyft your primary occupation? Did it start as a side gig or a full-time job?
MW: I’ve been a Lyft driver for nearly 5 years, and it has always been a great side hustle for me. I currently work full-time with Boston’s police department, and before that I paid for nursing school by driving and working as a nurse trainee through my school’s work exchange program. Getting on the road as a Lyft driver whenever I have some spare time allows me to make the extra bucks I need for bills, during the holidays, for vacations, whatever.

AOL: What was the process of teaching Denzel like — was it more of a watch/learn type dynamic or were you giving him step-by-step instructions?
MW: Denzel takes method acting very seriously and tried to remain in character while he was training with me. When I went to visit him on set, I sometimes called him Robert—his character’s name—so that he didn’t have to break character. And when we drove around in my car, Denzel was taking copious notes on what I was saying and doing—he wanted even the smallest swipe on the app to look authentic.

AOL: Did you ever ride with passengers in the car while you were with Denzel? If so, what was that like?
MW: No, he wanted to take notes the entire time and observe. I drove us around Boston while he asked questions and picked my brain.

AOL: What’s the hardest part about being a Lyft driver that most people might not realize/what do you find to be the biggest challenge?
MW: The hardest part is knowing how to give a five-star ride, and on the same note, taking people who need to learn how to be five-star passengers. Denzel was intrigued by the two-way rating system, and many of our discussions revolved around that. Quality rides are all about the things people don’t always think about. That’s why I told Denzel to always make sure his car is clean and smells good and to feed off the passengers’ vibes. I like to think about giving rides as inviting friends over to my home—you want them to feel welcome and comfortable.

AOL: What do you think is the biggest misconception people have about Lyft drivers?
MW: Most people don’t realize that Lyft drivers are a really diverse community of people made up of parents, teachers, engineers, veterans, entrepreneurs, you name it. Most drive as a side hustle to help pay for everything from their kids’ education, charitable efforts, and their own startups to medical bills, mortgages, and student debt. My work as a police officer, a nurse, and a driver has allowed me to make my neighborhood a better place and build a happy life for my son and daughter.

More from Aol.com:
'Private' mess: Musk's credibility goes from bad to worse
John McCain’s net worth as he releases memoir ‘The Restless Wave’
Aretha Franklin’s $80M goes to probate, like 50 percent of all US estates