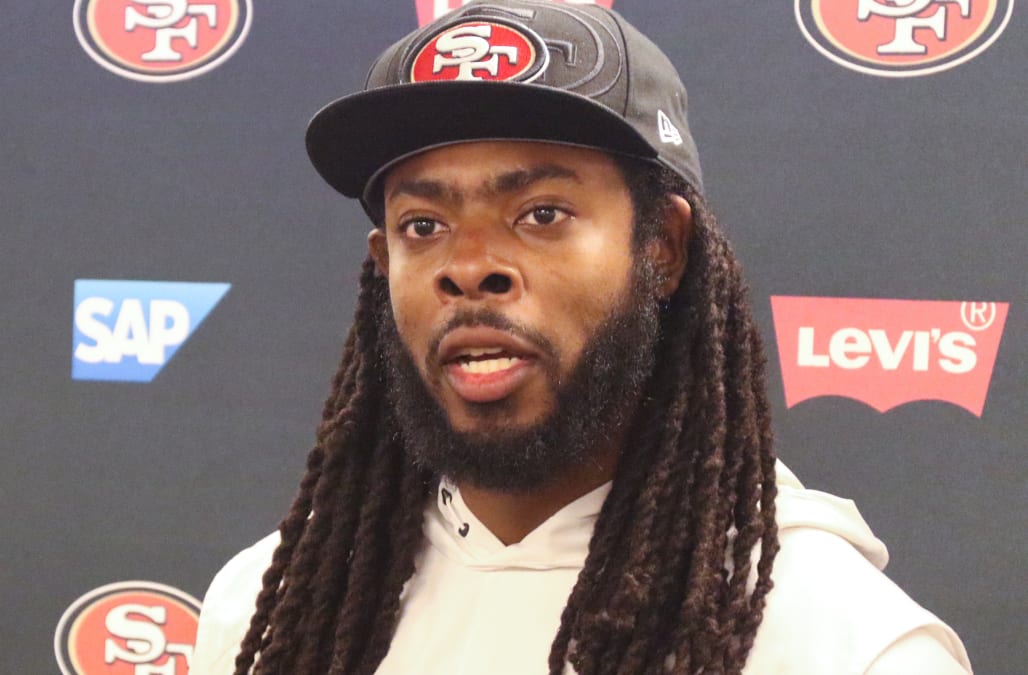 The NFL is publicly against gambling, but has embraced fantasy sports. It has been more vague on what it feels about the issue of daily fantasy sports.

It will be interesting to see if the league has any reaction to one of its most recognizable players getting into the DFS game, as an owner.

San Francisco 49ers cornerback Richard Sherman is co-founding an app called Daily Number with CEO Tom McAuley according to ESPN.com and Business Wire. It will offer cash games in 23 states where daily fantasy sports are allowed, the release on Business Wire said.

RELATED: Richard Sherman through his career

Whatever the NFL’s true thoughts on fantasy and specifically DFS, this is a first for a player to be financially invested in the game the way Sherman is.

“Daily Number is a game-changer! I’ve been pitched numerous DFS opportunities, but nothing has even come close to comparing to Daily Number,” Sherman said, according to Business Wire. “I’m extremely excited to be a founding partner and look forward to playing an active role in helping the company grow during this very dynamic time in our industry.”

Daily Number also released an advertisement on YouTube with Sherman (it has some NSFW language):

The Daily Number will have a new angle on the daily game, it said. Instead of playing against other players, you try to beat a preset target score set by the app, known as the “daily number.” The game assigns a star-rating for each player, and fantasy players win bigger prizes if they pick more role players and fewer stars.

In this age, when everything is a conspiracy theory, it’ll be interesting if there’s any fallout with Sherman. Sherman presumably won’t be playing the DFS game himself, but someone will probably track if a certain quarterback facing the 49ers is owned on Daily Number by a small percentage of the fantasy players and that quarterback throws a couple touchdowns against Sherman. Not that Sherman would do anything suspicious on the field, but conspiracy theorists don’t often bother with logic.

What will NFL’s reaction be?

The NFL had no comment to ESPN.com when asked about Sherman’s new business venture. Its reaction, if it has one, will be interesting.

Legal sports gambling will be taking off soon, now that states can allow it. With the NFL sticking by its behind-the-times anti-gambling stance, it’s impossible to believe it would ever allow a player to invest in a gambling venture, as Sherman is with DFS. Again, it comes back to the delineation between season-long fantasy, daily fantasy and gambling by the NFL and what it thinks is acceptable and what’s not. The league is going to be dealing with a lot of new situations it never even considered a few years ago.

Sherman has always done things his way and has never minded shaking things up. His new venture will be worth watching, in many ways.