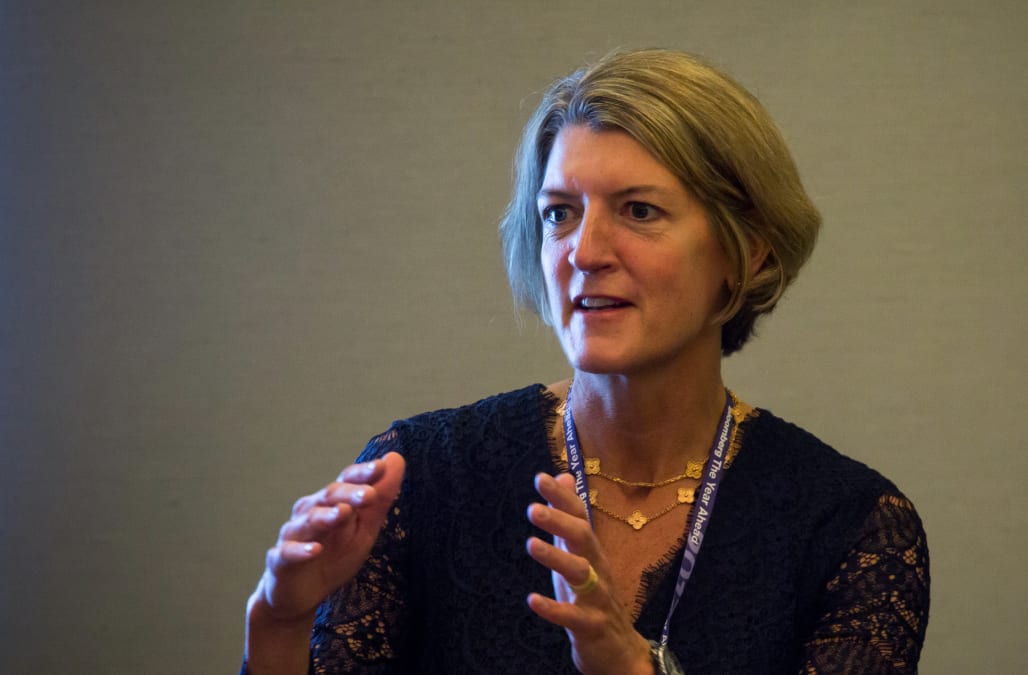 Beth Ford, who previously served as the company’s chief operating officer, accepted the promotion on July 26. She will officially succeed longtime top executive Chris Policinski, who retired last month, at the Minnesota-based company on Aug. 1.

Ford, who has worked for Land O’Lakes since 2011, joins Apple’s Tim Cook and the Dow Chemical Company’s James “Jim” Fitterling as the third openly gay person to serve as the CEO of a Fortune 500 company. She is, however, the only woman in that group.

The 54-year-old Iowa native told CNN she was proud that her promotion had been deemed an important milestone by many LGBTQ rights advocates.

Humbled and honored to lead this great co-op. Can't wait to get to work! https://t.co/XV5MlcfjlQ

“I made a decision long ago to live an authentic life,” said Ford, whose resume includes stints at International Flavors and Fragrances, Mobil Corporation, PepsiCo and Pepsi Bottling Company and Scholastic. “If my being named CEO helps others do the same, that’s a wonderful moment.”

In a separate interview with Fortune, she added, “I think it must be really hard if you feel like you’re in a culture where you can’t be who you are. Work is hard enough, and then when you have to feel as though you can’t be who are, that’s got to be incredibly difficult.”

Among those to hail Ford’s history-making appointment was Deena Fidas, director of workplace equality at the Human Rights Campaign.

“This is not a story of someone getting into the higher echelons of leadership and then coming out,” she told CNN. “This is someone walking into this role with her full self.”

Fidas pointed out that the news came on the heels of an HRC survey published in June that found nearly half of all U.S. workers who identify as LGBTQ say they are closeted at work.

“Her authentic leadership as an out lesbian is well-known in the LGBT corporate community, and the fact that she is assuming this role as an out lesbian sends an especially powerful message,” Fidas said in a statement on HRC’s website.