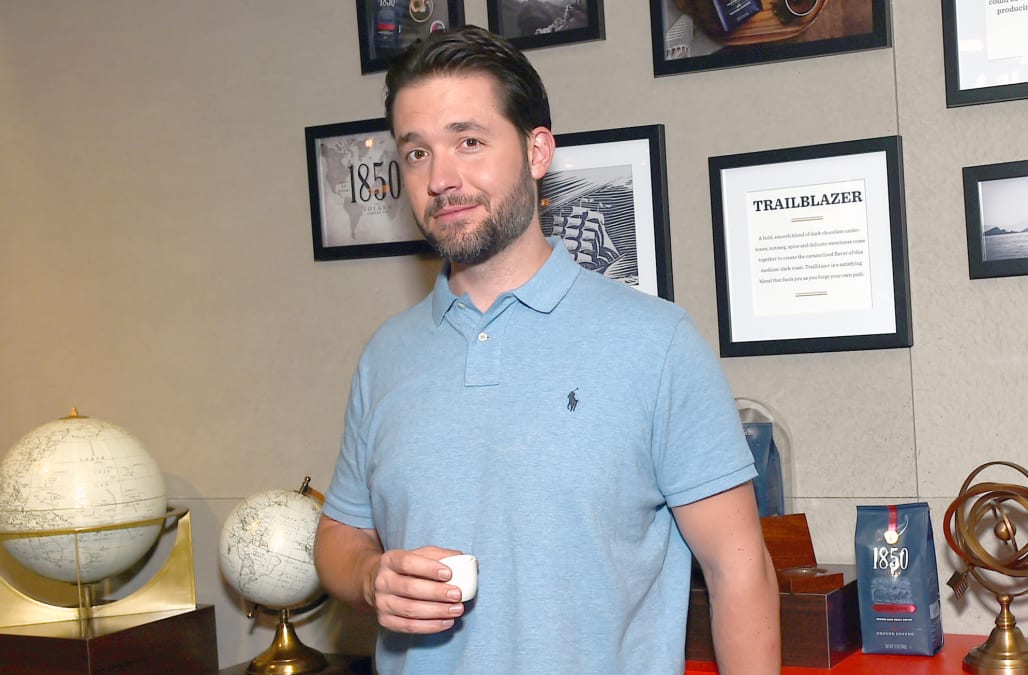 Alexis Ohanian is on the hunt for America's next bold entrepreneur -- and he wants to hear your pitch.

The Reddit and Initialized Capital co-founder is teaming up with 1850 Brand Coffee to invite aspiring entrepreneurs to pitch their own enterprising ideas for the chance to be mentored by Ohanian himself and potentially take home the grand prize of $18,500 to fuel their pioneering passion.

Ohanian was on hand at the #1850BoldContest kick-off event on Tuesday evening in New York City, offering tips to aspiring entrepreneurs and revealing what he looks for in a founder that he is considering backing financially.

Ohanian even offered his top tips for entrepreneurs to AOL Finance:

"First is execution is everything. It's most important to test the ideas that you have as soon as possible, and it's easier and cheaper than ever to do that. Whoever you're building software for, you have no excuse to not be talking to your customers. Whether you're calling them, emailing them or showing up. If you're building software for truckers, you should be showing up at the trucker stops, talking to as many customers or potential customers as you can. That only takes time. It doesn't actually cost money. So, the sooner you start doing that, the better."

Tip 2: Find balance in your life

"Being an entrepreneur does mean working a lot -- a ton -- and it's present even when you're not at work, it's always on your mind. And I think one thing that I'm proud of is starting to bring more of a conversation out about mental health as a founder and making sure that you have people in your life who are resources that you can talk to -- whether it's your partner, whether it is a therapist, whether it's an executive coach, or a rabbi, or a priest or someone you trust, who is able to be there for you without judgement and there for support. It's valuable ... to have someone else there who's really just in your corner is valuable to your mental health and ultimately your physical health."

Tip 3: Find a cure not a vitamin

"Make sure you're solving a problem that is big enough. There are a lot of founders who are caught up with solving a problem that turns out not many people have. Maybe it's a solution in search of a real problem. It's the sort of thing where it's nice to have -- like it's a vitamin opposed to a cure. A vitamin is nice to have and it makes you feel like 10 percent better, whereas a cure is something you can not live without. And you'd much rather be in the business with someone who has a cure rather than a vitamin."

Tip 4: Don't be restricted by location

"SF is not the only place to be an entrepreneur. Innovation is not restricted to just that one zip code, and it's being shown more and more places across the U.S. and across the world, frankly, that starting a business can happen anywhere. "

Ohanian stressed that anyone heading into business needs to be resilient, relentless and compelling.

"One of the things that I think is entrepreneurship at its best, is that fact that if you can show that you have the skills for or are capable of doing the thing that you say you're going to do, and that you thought about the market and there's a real opportunity there," the tech titan said during a Facebook Live Q&A session. "And you can be compelling, and you can show that you've demonstrated this kind of relentlessness in the past and an ability to execute, really deliver."

The 1850 Brand Coffee contest began on July 24 and will be open through August 28. Interested entrepreneurs can enter the contest by submitting a 60-second video via Instagram or Twitter using #1850BoldContest.

Ohanian and the 1850 team will select three finalists this fall. Finalists will present their pitches to Ohanian, a group of sponsor representatives and a panel of judges. The finalists' pitches will be filmed and shared on social media, so viewers will have their opportunity to weigh in on who they feel deserves the grand prize of $18,500. The grand prize winner will be selected in December.

More from Aol.com:
Common gets candid about the education system, the current administration and his secret for staying so admirably positive all the time
These three women of Tito's Handmade Vodka are completely disrupting the spirits industry -- and they're using 'love' as their secret recipe
Bulleit Bourbon is changing its iconic label -- for a limited time only