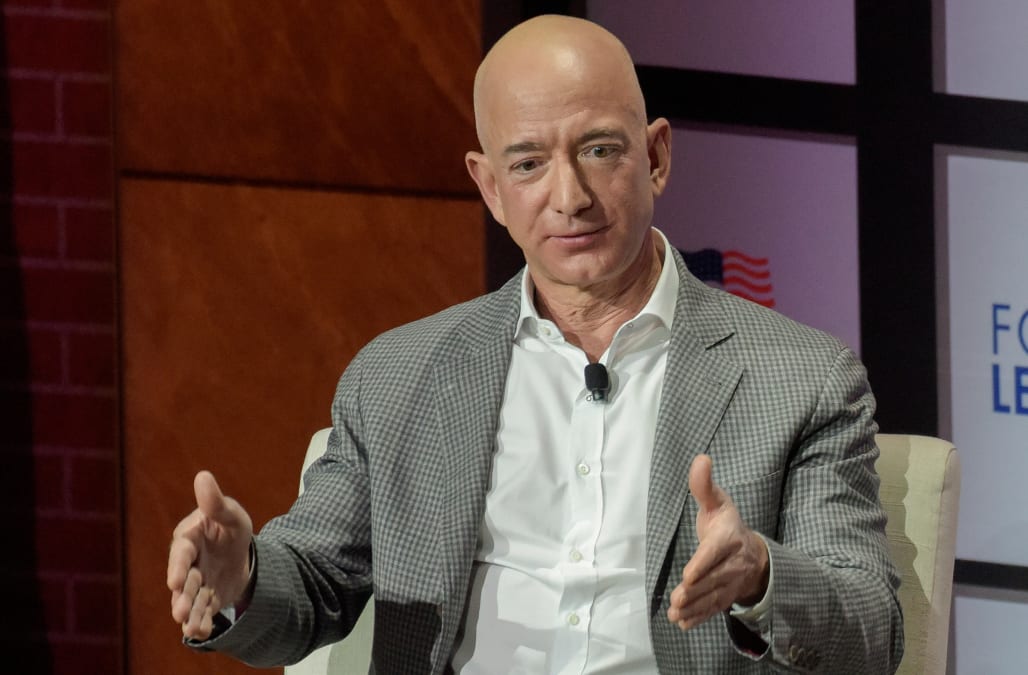 As Americans become increasingly reliant on Amazon, the company's reputation is evolving in a dark direction.

On Prime Day, Amazon's largest shopping day of the year, the company was bombarded with calls for boycott. Hundreds of consumers took to social media to urge customers not to shop on the website during the 36-hour event, which took place on Monday and Tuesday.

Customer reactions to Amazon crashing at start of Prime Day 2018
5 minutes in to #PrimeDay2018 and @amazon is already broken. https://t.co/zr06yONXIg
Inside look at @amazon HQ right now #PrimeDay2018 https://t.co/wOIDIfETf7
Waits patiently for 3pm #PrimeDay 3pm hits click for Prime deals. click for prime deals. click for prime deals. https://t.co/g0Vg4F6KyH
All I wanted was an Instant Pot...Damn you #PrimeDay https://t.co/g5wzNAbitl
Dear @amazon, While we love seeing cute dogs on your page, we'd much rather take advantage of #PrimeDay. After all… https://t.co/18ALTphH1W
@amazon Amazon Prime Day "Shop All Deals" loop has been a complete Prime disaster. Are you planning on rescheduling… https://t.co/waiGSnOJE2
@amazon you guys didn't let me add anything into the cart for 30mn, then raised the price by more than twice, then… https://t.co/PiS10UA4bJ
No one even bother with attempting to do shopping right now on @amazon for prime day. The site is has been loading for 20mins #DoBetter
@amazon This crap makes me want to end my Prime membership.
Happy Amazon crash day.... if i can't shop on prime day, guess it's time to cancel that membership #AmazonPrimeDay
@amazon Dead serious, give me back my money and stuff your Prime membership. https://t.co/DxWdtpzHpq
@amazon Ya think you could’ve used your own Cloud computing service bc it just errors out. Can’t handle the traffic… https://t.co/4y5dBg28gb
The Amazon puppies are not cute enough to apologize for #PrimeDay crash. @JeffBezos better extend the deals for angry consumers.
Run me my membership money @amazon You can’t even effectively run your website or app. This is pretty ridiculous! Y… https://t.co/KN1V0YZilc
@TechCrunch @mjburnsy Right after @amazon jacked up Prime Membership fees for all? How’s that for delivering instant value? Ha ha. #irony
when amazon raised prices for prime membership, they should’ve used that money to hire more IT support on #PrimeDay 🙄
2nd year in a row, #PrimeDay is useless. Guess we’ll shop Target’s “prime day” instead. #AmazonPrimeDay2018 #Amazon
@AmazonHelp @amazon Yeah I think something is wrong. I paid for prime and cannot access any deals. Well I can sho… https://t.co/YajBb9r04B
Up Next

Amazon workers in Spain and Poland went on strike on Monday to protest against working conditions at its warehouses. Thousands more did the same in Germany on Tuesday.

Amid this backlash over the treatment and pay of Amazon's workers, CEO and founder Jeff Bezos became the richest man in modern history on Monday, with his net worth topping $150 billion. Sen. Bernie Sanders tweeted: "Jeff Bezo's [sic] newly renovated home in Washington DC will have 25 bathrooms. Meanwhile, Amazon workers skip bathroom breaks in order to meet their grueling work targets."

This isn't a new problem for Amazon. But, as the company grows, workers' complaints multiply, and Bezos gets even more unfathomably rich, it doesn't seem to be one that is going away any time soon.

Amazon is increasingly being vilified

Amazon's threat to small businesses was one of the first strikes against the company in some people's minds. The mere rumor that Amazon is entering a new industry can impact major companies' stocks. For mom-and-pop businesses, it is easy to feel like a dying breed in the age of Amazon, even as many small companies rely on Amazon for sales.

"Today, millions of small and medium-sized businesses from around the world are selling on Amazon and more than a million of them are based in the US," an Amazon spokesperson told Business Insider. "Amazon helps these SMBs reach millions of customers around the world by opening our virtual shelf space so they can sell right next to Amazon on our detail pages."

On the left, an online anti-Trump movement has been encouraging people to boycott Amazon until the e-commerce giant bans Trump-related products, cuts ads from the far-right website Breitbart News, and stops streaming NRATV. Amazon is one of Sanders' top examples of a company that has become too powerful.

Meanwhile, President Donald Trump himself has repeatedly attacked Amazon, arguing that the company has an unfair deal with the US Postal Service. Trump supporters threatened to boycott Amazon after news broke that it would support Washington State in a federal lawsuit challenging Trump's executive order barring people from seven majority-Muslim countries from entering the US.

The search for HQ2 has helped put a microscope on Amazon's local impact. Skyrocketing housing prices, unrelenting traffic, and overcrowding has inspired residents to dub Seattle "Amageddon" following Amazon's dominance. Local businesses have been forced out as prices increase and Amazon headquarters expand into "Amazonia."

In response to criticism, Amazon has touted its investments in Seattle and how the HQ2 deal could pay off for the city that becomes home to its second headquarters.

Perhaps most damning are reports from Amazon workers. While Amazon has been applauded for its impressive benefits, the company has also been plagued with stories of white-collar workers dealing with a brutal working environment in which people cry at their desks after being pushed to their breaking point.

Warehouse workers have protested long hours and allegedly poor working conditions. Employees told Business Insider earlier this year that they were constantly under surveillance while working in Amazon warehouses with intense targets. Stories include dealing with an "awful smell" coming from warehouse trash cans, which workers used because they were afraid of missing targets if they took the time to go to the bathroom.

"The metrics are brutally aggressive, and most of my colleagues are in a state of constant anxiety that we could be fired at any moment for not meeting metrics," one current US employee said.

The employee added: "Amazon needs union representation globally. It is modern slavery. Jeff Bezos has become the richest man in the world off the backs of people so desperate for work that we tolerate the abuse."

"We encourage anyone to compare our pay and benefits to other retailers," an Amazon spokesperson said, noting the average hourly wage for full-time workers in fulfillment centers is over $15 per hour before overtime. "Amazon is proud to have created over 130,000 new jobs last year alone. These are good jobs with highly competitive pay and full benefits."

Amazon isn't the only company to face criticism for its CEO's wealth or its treatment of workers. However, because it is such a visible company — with the richest CEO — it becomes a target for criticism that could be applied to many retailers.

In this way, Amazon is in a similar position that Walmart was in the 1990s and early 2000s.

Like Amazon, Walmart has been trashed for its impact on small businesses, its political actions and inaction, and its working conditions. However, in recent years, the company has made a concentrated effort to change consumers' perceptions.

The company raised its minimum wage and started sustainability initiatives. Leadership is speaking out on progressive political issues, with the Wall Street Journal publishing an article earlier in July with the headline: "Walmart Takes a Stand on Guns, Gay Rights to Get People to Like It More."

According to CEO Doug McMillon, Walmart made a concentrated effort to change its reputation. The company's strategy became: "Let's find the people who dislike us the most and go figure out why, and see if there's some good in what they're saying — and then implement it."

Amazon has pushed back against many of the criticisms against it, arguing that the company is ultimately a force for good. While Amazon may be addressing issues internally, the rest of the world's conception of Amazon is already shifting.

Amazon is being attacked from all angles. As shopping increasingly shifts online, the biggest player is in the e-commerce industry is in a prime position to become the biggest villain in American capitalism.

NOW WATCH: What it's like inside North Korea's controversial restaurant chain

SEE ALSO: Amazon crashed for over an hour on its biggest shopping day of the year, likely losing millions in sales