TGI Fridays is overhauling its entire menu. A visit to the struggling chain proves why that is necessary. 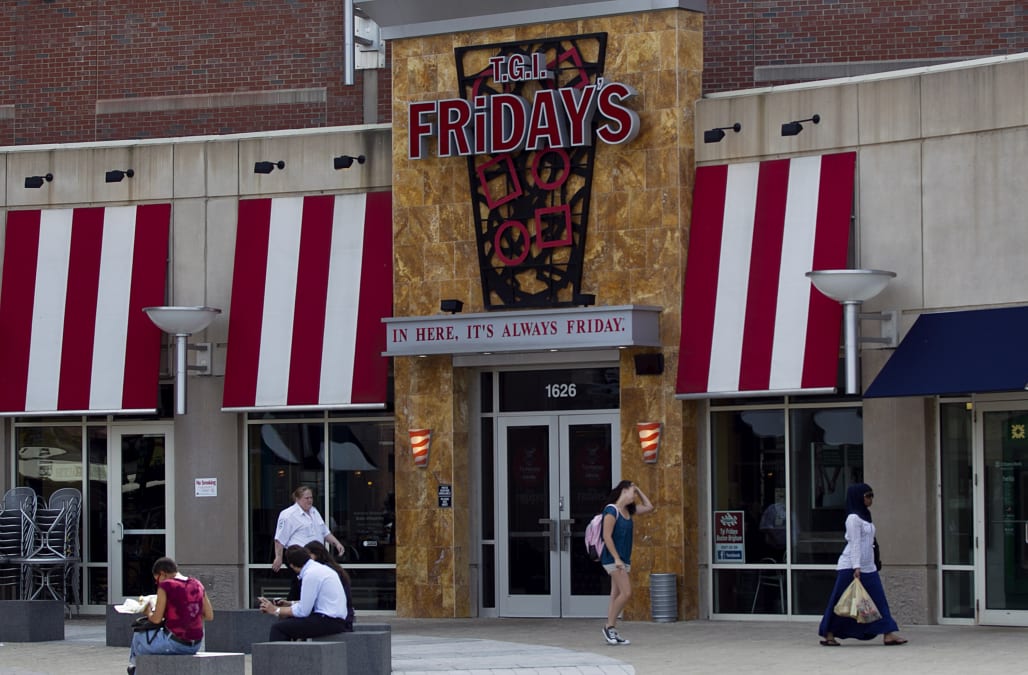 In February, the chain announced it had reached the halfway point in its efforts to completely revamp its menu — a mission it plans to complete by the end of 2018. At that point, the chain had rolled out 30% new menu items and improved 20% of its existing options.

According to CMO Stephanie Perdue, Fridays is "stepping away from casual dining."

"I think it's all about returning to the roots of Fridays," Perdue told Business Insider. "We started as the original singles' bar in New York City."

Fridays is eager to escape the sales slump that has forced casual-dining chains like Chili's and Applebee's to close dozens of locations. Many sit-down casual-dining chains have been hit hard in recent years, as millennials have gravitated towards quicker and less expensive options.  In an effort to see if Fridays had been successful in its mission, Business Insider bravely ventured to a New York City location. Here's what it's like to visit TGI Fridays as the chain struggles to turn business around:

We visited a Fridays nestled within the Financial District in New York City.

Fridays' extensive menu tries to play up the bar-centric aspects of the chain, emphasizing appetizers and a certain trendy aesthetic that the chain hasn't quite earned — but it's within reach.

We started off our meal with a Fridays classic: the Best Fridays Margarita (BFM). It may be the best Fridays has to offer, but the marg is certainly not making any "best margaritas" lists. We still finished our drinks, of course.

Apps are Fridays' crowning glory. So we ordered an array, in the form of the Classic Fridays Combo.

The potato skins were a hearty starter — they're basically a half of a potato topped with cheese and bacon. The cheese didn't really melt into the starchy potato as much as one would hope. Still, this appetizer could basically double as a (carb-loaded) meal, so we can't complain that much.

The boneless wings were... fine. The sauce had a nice kick, but the wings themselves were somewhat dry. Alack, alas.
In many ways, they were more like chicken nuggets than a real boneless wing experience.
The standout appetizer was far and away the mozzarella stick — the chain's gleaming diamond on the apex of the golden appetizer crown. Fridays has struggled with the iconic item's quality in recent years. Ordering the appetizer, we were nervous — we've both snacked on some rubbery sticks with flaky, cardboard-esque coating masquerading as mozz sticks on Fridays' menu.
On this day, however, Fridays was serving a revamped version of the mozz sticks that seem to have been beamed straight out of a dairy lover's dreamland. The melty cheese stretched into a silken strand, a perfectly crafted cheesy delight.
Other menu updates were less welcome. The Big Ribs should have been an easy win for Fridays. Instead, we were served a dry piece of meat that we found ourselves hacking away at with a fork and knife.

The sauce and fries were tolerable, but the meat itself was so tough that the ribs provided more of an arm workout instead of achieving that falling-off-the-bone texture one so desperately craves.

TGI Fridays is also trying some completely new menu items, including the Beyond Meat cheeseburger.
For two carnivores who have sampled a number of veggie burgers in our day, the meat-free burger fell flat. Instead of creating a viable option for vegetarians, we found the Beyond Meat burger to simply offer a weak imitation of the real thing.
Debuting the Beyond Meat burger seemed to be an ill-conceived attempt to try and tap into a trend — a strategy that the chain continued into dessert. Looking at the red velvet cake shake, it is impossible to ignore similarities with New York City's Black Tap Pub's shakes that went viral in 2016.
As is often the case with menu items that seem created first and foremost for Instagram, the shake failed to live up to its image. It was tasty, but extremely rich. The addition of the soggy cake pushed the shake from an enjoyable decadence to a stomachache in the making.
The visit to TGI Fridays showed the potential of the chain's plan to rework its menu. But, it also showed where the plan was falling flat. New menu items such as the Big Ribs and the veggie burger just weren't very good.
The mozzarella sticks, on the other hand, revealed just how fantastic a reworked classic can be. The cheesy sticks are a masterclass in how to return an icon to its previous heights. If only Fridays had managed to do the same across the menu.

TGI Fridays hasn't fulfilled its mission of escaping the downward spiral of the casual-dining industry. And until it figures out how to fix certain menu items, many customers are going to refuse to pay for subpar food (our check came out to $120 for two diners). But, the mozzarella sticks reveal that, if the chain takes a hard look in the mirror, there may be hope for the future.

More from Business Insider:
A Parkland shooting survivor is reigniting his war with Laura Ingraham after the Fox News host compared migrant child detention centers to summer camps. Here are the companies he's urging to stop advertising on her show.
Bottled water is stuck in a $16 billion 'sea of sameness,' and it is creating a huge opportunity for Pepsi
We tested Shake Shack's new ordering kiosks to see whether they could actually replace cashiers. Here's the verdict.

SEE ALSO: We visited Applebee's as the chain tries to claw its way out of a downward spiral. Here's the verdict.