Paul McCartney net worth: His fortune at age 76 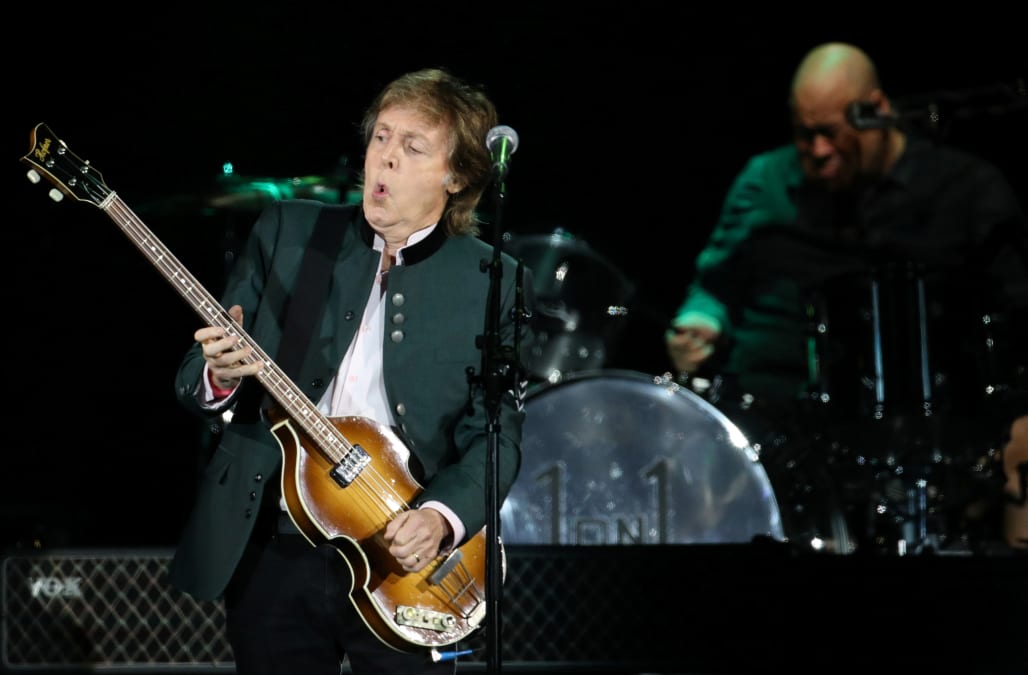 Sir Paul McCartney, one of the most celebrated and accomplished musicians in history, turns 76 on June 18, 2018. McCartney grew to international fame with the Beatles and went on to become a wildly successful solo musician.

The music legend was knighted over two decades ago, but in May 2018, he received an additional honor from the Queen of England: a Companion of Honor award for his outstanding achievements in music.

Here is a look at the career, life, accomplishments and net worth of the two-time Rock and Roll Hall of Fame inductee.

Paul McCartney Net Worth: $1.2B

Paul McCartney’s net worth is estimated at $1.2 billion, according to Celebrity Net Worth. He is the richest musician in the U.K. as of May 2018, The Sunday Times reported, and in 2017, McCartney landed the No. 13 spot on Forbes’ list of the world’s highest-paid musicians, earning $54 million for the year.

He has embarked on multiple national and international tours since 1972, as well as an impressive array of other single-night appearances, concerts, benefits and specials, including Live Aid and Super Bowl XXXIX. According to TheRichest, which tracks celebrity earnings, his 2002 tour grossed $126 million. His tour in 2010 sold $93 million worth of tickets. In 2014, he earned $71 million, and in 2016, he earned $56.5 million.

In the summer of 2017, McCartney embarked on a tour that included performances in 15 cities across the United States and four in Brazil. And in May 2018, it was announced that McCartney would be headlining the Austin City Limits music festival in October. Clearly, this billionaire musician isn’t considering retiring anytime soon.

Paul McCartney and the Beatles

By the middle of the 1960s, the Beatles were a smash success, and the band’s U.S. debut was dubbed the start of “the British Invasion.” The group released more than a dozen Beatles albums in the 1960s.

Along with John Lennon, Liverpool native McCartney was part of one of the most successful duos in music history. Either on his own or in tandem with Lennon, McCartney wrote some of the Beatles’ most celebrated songs, including “Hey Jude,” “Yellow Submarine,” “Let It Be” and “Yesterday.” “Hey Jude” alone is No. 10 in Billboard’s Hot 100 Songs of all time.

The Beatles earned record-high album sales and released chart-topping singles. Statistic Brain reported the group sold more than 2.3 billion albums, spent 1,278 weeks on the charts and 175 weeks total at No. 1. The group had 15 chart-topping hits and the album “Please Please Me” spent 30 weeks at No. 1.

Though Lennon and George Harrison died in 1980 and 2001, respectively, there is one other surviving member of the Beatles. Ringo Starr has a net worth of $350 million.

In 1970, then-27-year-old McCartney released an experimental solo album in which he played all of the instruments, titled simply, “McCartney.” Not long after, the Beatles disbanded and McCartney went on to form the 1970s band Wings, which cranked out several hit singles.

McCartney went on to become one of the most successful musicians of the 1970s. A total of five of the nine top 10 albums he released that decade reached No. 1. He had six No. 1 singles and 15 songs that landed in the top 10.

Throughout his career, Paul McCartney has collaborated with some of history’s most celebrated musicians, including Elvis Costello, Stevie Wonder, Billy Joel, Michael Jackson and even Kanye West during a now legendary 2015 performance.

For his work in music, Paul McCartney has been inducted into the Rock and Roll Hall of Fame both as himself and as a Beatle. In 1997, he was knighted Sir Paul McCartney by the Queen of England.

Paul McCartney married Linda Eastman in 1969. The couple raised four children together — Stella, James, Heather and Mary McCartney. The two stayed together until Linda died of cancer in 1998. At the time of her death, Linda McCartney had a net worth of $5 million.

In 2002, McCartney married former model Heather Mills, and they had a daughter, Beatrice, in 2003. Mills has maintained a varied career in television and activism since. The two divorced in 2008, and McCartney married again in 2011, this time to Nancy Shevell.

In 2015, McCartney bought a $15.5 million triplex in Manhattan. The newest McCartney house is just one among a vast network of lavish real estate holdings.

McCartney began his career with the Beatles, which is regarded as one of history’s most influential and successful bands. His solo career has been no less prolific, profitable or successful. With his 76th birthday right around the corner, the billionaire Beatle will celebrate as one of the richest, most beloved and most emulated musicians in history.

See More: Biggest Hits and Flops of Celebrities Who Dabbled in Music

This article originally appeared on GOBankingRates.com: Paul McCartney Net Worth: His Fortune at Age 76