McDonald's 20-for-$5 McNugget meal is an incredible, Costco-style deal, if you can find it 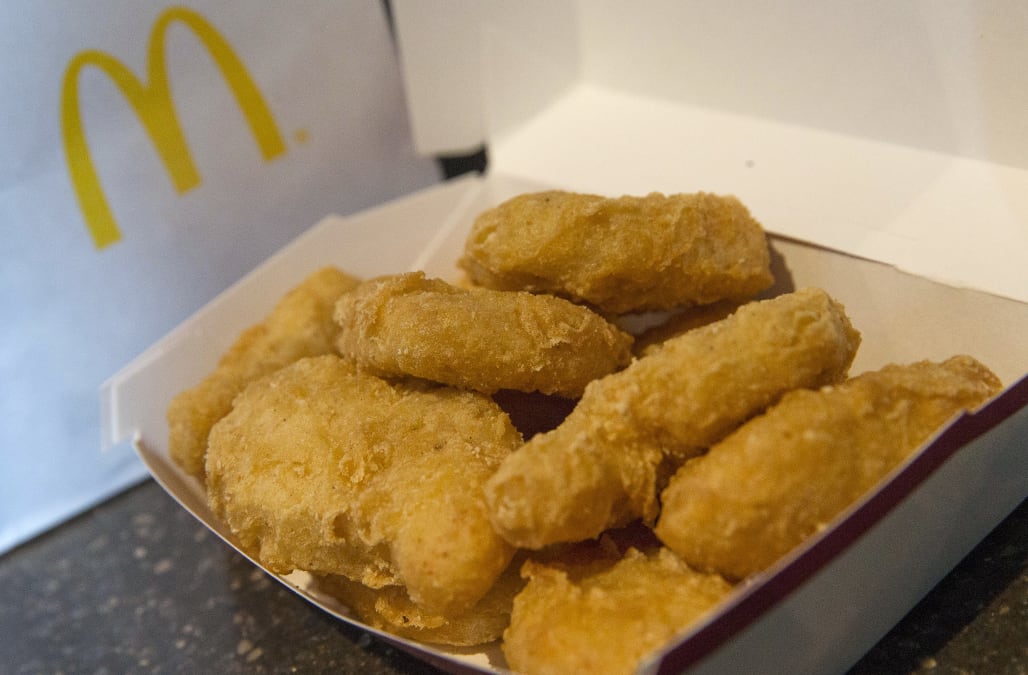 Hidden on many McDonald's restaurants' menus is a deal so good, it's not even on the board above the register.

No commercial runs to announce its presence. It was last promoted way back in 2014. Perhaps the current price is just a mistake, an oversight from a leftover promotion that was never deactivated from the registers.

The price is not offered at all restaurants, and McDonald's has confirmed to Business Insider that it is not a national deal. However, franchisees have latitude to set their own prices and run their own promotions at their restaurants.

Whatever its cause, it's an unparalleled deal. It's a mountain of nuggets for only a little bit more than a non-meal burger or sandwich, depending on the market. It's also only about a dollar more than a 10-piece nugget meal, making the upgrade kind of a no-brainer.

The deal is reminiscent of what you might find at Costco: it's a popular item sold in bulk at a discount. And make no mistake — 20 McNuggets for $5 is a bulk price. It's just 25 cents a nugget.

The one thing you don't get with a 20-piece McNugget is variety. This is especially true considering McDonald's has its McPick 2-for-$5 deal, as well as the $1, $2, and $3 Menu, both of which add a whole lot of variety for a similar price.

But there's just something unique and special about opening up the enormous box to see all of the nuggety goodness inside. If you're a nugget fan, the only thing better than McNuggets is more McNuggets. The 20-piece is also easily shared, the hefty amount encouraging you to act like a feudal McNugget land baron, generously spreading your absurd nugget wealth to friends and family alike.

The only issue is finding a McDonald's that still offers the deal. It tends to vary by location, and the pricing seems random and inconsistent, as customers reported in a recent Reddit thread. After visiting two McDonald's restaurants in Manhattan within one week, I found one had the $5 deal while another charged $9 for the same item.

It might take some effort, but it's worth it to seek out the best deal in fast food.

NOW WATCH: We ate everything on Taco Bell's Dollar Cravings Menu — here's what we thought

SEE ALSO: Whole Foods' new discounts for Amazon Prime members are more evidence of the death of the middle class